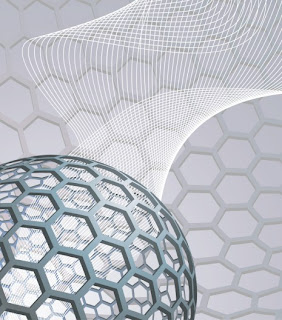 What this work seems to tell us is that any protocol that penetrates to the cellular level and combats oxidative stress is likely to be a huge life extender. At this point we know a suspension of bucky balls is efficacious and that it is otherwise safe. Even better it does not persist in the body.

A corollary of this is that a suspension of nanosized particles of elemental carbon may perform just as well. It also needs to be tested. I was involved with a group using such a suspension twenty years ago and became interested in this form of carbon.

This experiment is a powerful indication that a carbon based protocol will strip damaged material out of the living cells themselves and refresh the body. Perhaps we need to blend biochar with maple syrup and some baking soda and ingest it? This should be safe enough and do no harm. We may be very surprised.

The method would be simply to tumble equal amounts of baking soda and plant biochar together until smoothly blended, then add it into heated maple syrup until a thick suspension is produced. A teaspoon of this concoction goes down easily when just the baking soda is used and should be even better with the biochar.

Since such a concoction could have been put together by natives in the Eastern part of North America, we should look for precedents.


Sometimes I (almost) envy mice, rats, and yeast - it seems that almost any aging research we carry out on them doubles their lifespan and returns semi-senescent (say, a human equivalent of about 60 years of age - not thinking of anyone in particular, of course) to youthful vigor. It now appears that dramatic anti-aging results are associated with dietary ingestion of buckyballs, more properly known asC-60 fullerene.

A recent French study looking for chronic toxicity resulting from ingesting buckyballs dissolved in olive oil found that 10 month old rats who ingested the human equivalent of a tenth of a gram of C-60 buckyballs (which in technical grades cost less than US$10/gram) several times a week showed extended lifespans instead of toxic effects.

All C-60-treated rats survived to at least 59 months, with the oldest surviving to 66 months. The control group lived for periods ranging from 17 months to 37 months, while an additional group fed only the extra olive oil lived for periods of 36 to 57 months. For the curious, the olive oil dosage was equivalent to a person adding about eight tablespoons of uncooked olive oil to their daily diet without compensating for the additional calories. Similar results have been reported for mammals held in a state of semi-starvation, but that is obviously not a pleasant lifestyle.

All fullerenes are susceptible to clumping when dissolved in oil, so the preparation of the olive-oil/C-60 solution is rather lengthy. In these tests, 50 mg of C-60 buckyballs were added to 10 ml of virgin olive oil. These were stirred for two weeks at ambient temperatures with no incident light. Following the stirring, the solutions were centrifuged at 5,000 g for an hour. The fluid was separated from the precipitate, and was then passed through a 0.25 micron filter. The resulting liquid contained 0.8 mg/ml of C-60 buckyballs.
The results beg the question - what is going on here? Is the life extension just for those lucky rats again, or is there a mechanism that might transfer over to humans? The study was aimed at discovering if a diet of buckyballs has any toxic effects, and the good news is that no toxicity was found. The buckyballs did move throughout the body (including the brain and central nervous system), and even enter individual cells. The ingested C-60 had an elimination half-life from blood of about 10 hours, so was essentially fully eliminated from the body within two days. It is not clear from the report if the C-60 was eliminated from intracellular fluid on that time scale.

Specific studies of the effect of C-60 buckyballs on oxidative stress in the rats were performed by studying the effects of carbon tetrachloride (CCl4) injection. Carbon tetrachloride is well known to be poisonous to rats, being highly hepatotoxic (toxic to the liver). It is also associated with delirium and intoxication such as is experienced in the abuse of solvents.

Rats which had been pretreated by water, by olive oil, and by olive oil containing C-60 buckyballs all showed typical signs of intoxication within a few minutes of CCl4 injection. However, while intoxication persisted in the water and olive oil groups for 24 hours, the olive oil and C-60 group emerged from intoxication after only five hours.

It does appear there is a real physiological effect on metabolic processes, and that oxidative stress in particular is significantly reduced in rats by chronic oral ingestion of an olive oil/C-60 solution. As oxidative stress is one of the factors usually associated with aging, there may well be a reasonable mechanism for the lifespan extension, especially if excess oxidation within individual cells is prevented by intracellular buckyballs. Will people react to a treatment of this sort with lifespans of 180-200 years? Only time will tell.

The research was recently published in the journal Biomaterials