Did Mohammad Exist? with Robert Spenser 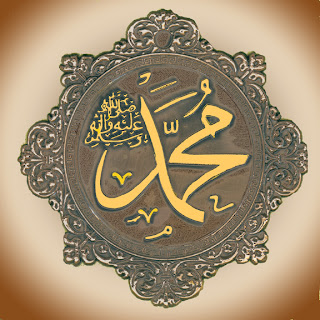 We know Islam began as a barbarian outburst that overwhelmed the weakly protected parts of the ancient Roman world.  It was purely driven by loot and differed not at all from similar events in the fifth century on the Rhine.

What must also be said is that the Koran is historically a post facto production purportedly inspired by the sayings of Mohammad around a lifeline.  Even more telling is that the sections are then shuffled to obscure the lifeline and it is also apparent that any position is then deliberately countered in another statement pretty well eliminating any absolutes for the ruler.

Think long and hard on the little book of the thoughts of Chairman Mao and you understand the template.  It also was the right time and place.  The new regimes were competing directly with the state religion of Roman Christianity and its scriptures.  To be a real empire, scripture was mandatory.  That was not a problem in the fifth century.

It is completely credible that a seventh century scholar was tasked with providing a proper scripture to compete with the underlying challenge of Christianity which was certain to overtake any barbarian ethos as did happen in Europe.

There is also little that is easier to write than a string of short sayings cribbed from centuries of similar collected material and translated into excellent Arabic.  It nicely disposes of the historical problem of the source education of Mohammad.

It is also completely plausible that this could occur and that it even would occur as a post imperial event. The lack of actual historicity is telling when the prophet and his family acted on the largest stage.  The entirety of the ministry of Jesus was in the shadows during his life, while the emergence of his followers was almost immediate and visible to the point that inside of a few short years the emperor Nero acted against them.  The movement remained almost unled until Constantine four centuries later.

If so, then Islam is one of the most successful of founding myths that honored the ambitions of a founding family.

Did Muhammad Exist? With Robert Spenser

One of the jihadists’ most potent psychological weapons is the double standard Muslims have imposed on the West. Temples and churches are destroyed and vandalized, Christians murdered and driven from the lands of Christianity’s birth, anti-Semitic lunacy propagated by high-ranking Muslim clerics, and Christian territory like northern Cyprus ethnically cleansed and occupied by Muslims. Yet the West ignores these depredations all the while it agonizes over trivial “insults” to Islam and Mohammed, and decries the thought-crime of “Islamophobia” whenever even factual statements are made about Islamic history and theology. This groveling behavior confirms the traditional Islamic chauvinism that sees Muslims as the “best of nations” destined by Allah to rule the world through violent jihad.

Even in the rarefied world of academic scholarship, this fear of offense has protected Islam from the sort of critical scrutiny every other world religion has undergone for centuries. Some modern scholars who do exercise their intellectual freedom and investigate these issues, like Christoph Luxenberg or Ibn Warraq, must work incognito to avoid the wrath of the adherents of the “Religion of Peace.” Now Robert Spencer, the fearless director of Jihad Watch and author of several books telling the truths about Islam obscured by a frightened academy and media, in his new book Did Muhammad Exist? challenges this conspiracy of fear and silence by surveying the scholarship and historical evidence for the life and deeds of Islam’s founder.

As Spencer traces the story of Muhammed through ancient sources and archaeology, the evidence for the Prophet’s life becomes more and more evanescent. The name Muhammad, for example, appears only 4 times in the Qur’an, as compared to the 136 mentions of Moses in the Qur’an. And those references to Muhammad say nothing specific about his life. The first biography of Muhammad, written by Ibn Ishaq 125 years after the Prophet’s death, is the primary source of biographical detail, yet it “comes down to us only in the quite lengthy fragments reproduced by an even later chronicler, Ibn Hisham, who wrote in the first quarter of the ninth century, and by other historians who reproduced and thereby preserved additional sections.”

Nor are ancient sources outside Islam any more forthcoming. An early document from around 635, by a Jewish writer converting to Christianity, merely mentions a generic “prophet” who comes “armed with a sword.” But in this document the “prophet” is still alive 3 years after Muhammad’s death. And this prophet was notable for proclaiming the imminent arrival of the Jewish messiah. “At the height of the Arabian conquests,” Spencer writes, “the non Muslim sources are as silent as the Muslim ones are about the prophet and holy book that were supposed to have inspired those conquests.” This uncertainty in the ancient sources is a consistent feature of Spencer’s succinct survey of them. Indeed, these sources call into question the notion that Islam itself was recognized as a new, coherent religion. In 651, when Muawiya called on the Byzantine emperor Constantine to reject Christianity, he evoked the “God of our father Abraham,” not Islam per se. One hundred years after the death of Muhammad, “the image of the prophet of Islam remained fuzzy.”

Non-literary sources from the late 7th century are equally vague. Dedicatory inscriptions on dams and bridges make no mention of Islam, the Qur’an, or Mohammad. Coins bear the words “in the name of Allah,” the generic word for God used by Christians and Jews, but say nothing about Muhammad as Allah’s prophet or anything about Islam. Particularly noteworthy is the absence of Islam’s foundational statement “Muhammad is the messenger of Allah.” Later coins referring specifically to Muhammad depict him with a cross, contradicting the Qur’anic rejection of Christ’s crucifixion and later prohibitions against displaying crucifixes. Given that other evidence suggests that the word “muhammad” is an honorific meaning “praised one,” it is possible that these coins do not refer to the historical Muhammad at all.

Related to the issue of Muhammad’s historical reality is the date of the Qur’an, supposedly dictated to the Prophet by the angel Gabriel. Yet Spencer’s analysis of the inscriptions inside the Dome of the Rock in Jerusalem, with their mixture of Qur’anic and non-Qur’anic verses along with variants of canonical Qur’anic scripture, suggests rather that the Qur’an came into being later than 691 when the mosque was completed. Indeed, the inscriptions could be referring not to Muhammad but to a version of Jesus believed in by a heretical sect that denied his divinity. At any rate, the first historical inscription that offers evidence of Islamic theology dates to 696 when the caliph Abd al-Malik minted coins without a representation of the sovereign and with theshahada, the Islamic profession of faith, inscribed on them. At this same time we begin to see references by non-Muslims to Muslims. Before then, the conquerors were called Ishmaelites, Saracens, or Hagarians. This evidence, Spencer suggests, raises the provocative possibility that al-Malik “greatly expanded on the nascent Muhammad myth for his own political purposes.” Likewise the Hadith, the collections of Muhammad’s sayings and deeds that form “the basis for Islamic law and practice regarding both individual religious observance and the governance of the Islamic state.” They also elucidate obscure Qur’anic verses, providing “the prism through which the vast majority of Muslims understand the Qur’an.” Yet there is no evidence for the existence of these biographical details of the Hadith before their compilation. This suggests that those details were invented as political tools for use in the factional political conflicts of the Islamic world.

Spencer casts an equally keen critical eye over the early biographies of Mohammad to find the same problems with source authenticity and origins, and their conflicts with other Islamic traditions. These problems, along with the miraculous and folk elements of Ibn Ishaq’s biography, suggest that the latter arose long after the collection of the Qur’an. As Spencer concludes, “If Ibn Ishaq is not a historically trustworthy source, what is left of the life of Muhammad?” The history of Islam and Mohammad recalls the statement of the reporter in John Ford’s The Man Who Shot Liberty Valance: “When the legend becomes fact, print the legend,” particularly when the legend was so useful for conquest and the consolidation of power during factional rivalries among Muslim rulers and sects.

So too with the integrity of the Qur’an, the supposedly unchanging and uncreated words of Allah dictated to Mohammad, the perfect copy of the eternal book transmitted in its purity without alteration or addition. Yet apart from fragments, modern Qur’ans are based on manuscripts that date no farther back then the medieval period. The first mention of the Qur’an appears in 710, decades after it allegedly inspired Muslim conquests from Persia to North Africa. Nor is it true that the book has not changed: “Even Islamic tradition shows this contention to be highly questionable, with indications that some of the Qur’an was lost and other parts were added to or otherwise changed.” Such textual variants, revisions, lost passages, numerous influences from Jewish and Christian writings and doctrines, and the presence of words in the Syriac language (likely including the word “Qur’an” itself), along with the fact that about one-fifth of the book is simply incomprehensible––all call into question the idea of the Qur’an’s purity unchanged since it was divinely dictated to Mohammad.

Spencer’s careful, detailed, well-reasoned survey and analysis of the historical evidence offer strong evidence that Muhammad and Islam itself were post facto creations of Arab conquerors who needed a “political theology” delivered by a “warrior prophet” in order to unify the vast territories and diverse religious and ethnic groups now subjected to Muslim power, and to provide a potent basis for loyalty to their new overlords. As Spencer explains, “the empire came first and the theology came later.”

“The full truth of whether a prophet named Muhammad lived in seventh-century Arabia,” Spencer concludes, “and if he did, what sort of a man he was, may never be known. But it would be intellectually irresponsible not to ask the question or consider the implications of the provocative evidence that pioneering scholars have assembled.”  The great service Spencer provides goes beyond popularizing the critical study of one of the world’s largest religions in order to advance our knowledge and establish historical reality. At a time when the threat of jihadist violence has silenced many people and intimidated them into voluntarily surrendering their right to free speech and the pursuit of truth, Spencer’s brave book also demonstrates the importance of those quintessential and powerful Western ideals.
Posted by arclein at 12:02 AM

Bullshit! Finding fatuous propagandist Robert Spencer's crap on this website is the last straw for this reader.