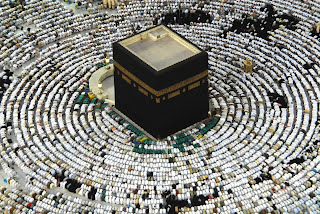 There is an aspect of civilization that I wish to address.  It is the idea of civility and respect for the rights of  others that we have all grown up with and intuitively accept as the natural state of human society.  We are inclined to think that this occurs on its own without any intervention when in fact the precise opposite is true.  Civility and mutual respect is a studied and learned behavior.

What is natural is competition without rules.  It matters little what drives the competition.  What matters is the mutually accepted rules we use to settle competition.  A civil society has this largely worked out with few regressions to the instinctive applications of physical force however tempting.

My point is that the rule set really matters.  Thus the debate over Sharia law really does matter to a society because it is well proven to be a code for a barbarian society and not a civil society.  World wide outside the Islamic universe we are seeing a steady push to establish a civil rule set that is by and large meeting with steady if not spectacular success.  You may think that is a tough place but the trends are there and in time the statistics will show the improving civility.  By and large the British common law and the Napoleonic code informs societies everywhere and both were codified under the ethos of the enlightenment.  It is only Sharia that chooses to stand outside this global ethos.

What is truly remarkable is that this is true in this time and place.  It was never true in any other time and place until the rise of the West that led to the universal adoption of a western code of values that in itself is fully informed by the Christian Judaic framework.

In our historical triumphalism we have forgotten what was replaced.  The awful barbaric societies of the and are on no one's list for restoration.  Even the antique empires of the East were well cleansed of the despotic mindset.  Everywhere one looks a couple of centuries ago we have illiterate societies and tribal tyrannies the norm.  The most barbaric practices were rationalized and that certainly includes slavery.

Colonialism at worst replaced one petty tyranny with a western petty tyranny tempered by an advanced sense of the rule of law.  At its best it reformed the society in its own idealist image.  The result is a massively reformed modernizing global economy and culture advancing under local control.  The dangers of despotism is now slowly receding as their natural contradictions erode their economic power.

In fact it is pretty clear that despotism in all its forms outside the Islamic world is collapsing and the Arab spring is now testing it there.  It has been a slow motion revolution but a revolution nonetheless.  I even think that is about to succumb to the rule of law and begin to shed the worst aspects of its past.  The exceptions today are just that and are generally inconsequential and will also soon succumb.

Fundamental to the problem is certainly Sharia Law which imposes as divine what are barbaric practices of the seventh century.  The abrupt rise of some open debate suggests that we may still see this structure of law reformed internally.  My problem is that I do not think we will be given the time.  The need to re educate the whole society and in most cases actually educate the society generally along the the ideals of the enlightenment may have to be imposed from the outside through a massive intervention.  This will be the outcome of a world war in which Islam is destroyed.
It is obvious that Islamic extremists are engaged in attempting to bring this war to pass.  They even tell us so.  They are happy to contemplate the use of the nuclear bomb to slaughter millions of infidels.  Their present struggle is to draw resources together to launch such a war before the opportunity slips and while they still believe the West can be attacked.  They have a low strategic threshold because they believe Allah will give them victory anyway.  They also have state sponsorship in , and .  Others are far too sympathetic.  It is enough to make an Islamic madman optimistic.

To this point in time, the West and the rest have been fighting a defensive strategic war.  It is not working very well because the war must actually be fought against the ideology and that ideology must be displaced for victory to be achieved.  It should be blindingly obvious that the ideology is the enemy when it can be shown that progress halted in every land conquered by Islam since 700 Ad.

The best way to minimize the loss of life is to shift our strategy over to the strategic offensive and confront Islam everywhere with overwhelming power to discourage the trigger happy.  The United Nations can vote to demand a full reformation of Islam and even the outright banning of the religion as was done to Nazism.  In this way, no citizen who is part of a Islamic society will have any doubts regarding what is at stake and even why.

Such a confrontation will focus minds and allow a broad opening of debate in every state involved and swift acceptance of appropriate legal codes that are acceptable to the West.  It may mean the movement of large land forces to effect a proper threat and perhaps some fighting to establish seriousness but little more.  Even the madmen can be left to dangle while the rest of the Islamic world complies and submits to global demands.  In the process the hypothetical threat will diminish to a hard core nub that will be a little like the present situation in .

The point is to take the offensive rather than wait for some madman to assemble enough resources to really hurt us.  Once we strip away the political religious option from these societies, reform should be rapid and needing little help.  Everyone knows what to do.  Delay will mean hoping that the new regimes emerging in the will be better.  History is not kind to this and the organized nature of Islamism is  not conducive.  We are hoping for the right good man getting broad moderate support and then keeping it.

The internal difficulty that the West and the Rest face is a lack of understanding on how to conduct a war of confrontation which is more cold war than hot. War as a hot war is poor at effecting societal change.  The best example of that has been the floundering around of the in and after easily winning the hot part of the conflict.  However a cold war is war also and it focuses the energies of leadership on the causes of the conflict.

How are you going to say Islam is a threat to the world? Either this is an atheist or a protestant Christian islam is not a threat nor is it bad or barbaric. The Shia are the ones that are to blame. The small 20% of Islam that gives Sunnis (good Muslims) a very bad name. This is all anti freedom and unconstitutional. If Americans believe in freedom of belief then you are a socialist pig. To be Muslim is an unalienable right and the religion will never die. Many say that of the carholic church but it is the biggest church and continues to grow. Islam is almost the same in number. If anybody should be reeducated is whoever wrote this heresy