Beyond Me and Jesus in India Tradition 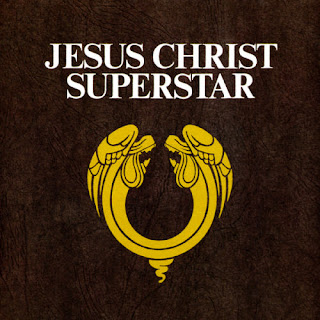 Before you dive into these videos, I want to describe the Jesus paradigm I have presently constructed as a backgrounder.

Conjecture 1  GOD is a real construct built by humanity possibly 40,000 years ago and if not, provided by another similar life-form around the same time or even much earlier. I say this for another reason.  We are about to repeat the process although it should not be necessary since it is already done.

Conjecture 2              An opportunity arose with the establishment of the full to intervene and possibly reset the development path of humanity.  The default solution was that a new set of teachings could be introduced into the first large mass of well organized humanity with enough time to achieve a full roll out.  The mechanism available to GOD that is used to this day is the linage of the living Master.  There may be a number of such individuals, but until modern times, any such would be living in isolation from each other and be at various stages of actual development.

Conjecture 3              The Crucifixion of Christ was a default solution.  The Apostles  became disciples directly as a result of the unprecedented Resurrection and Peter was possibly made the current living master upon  leave taking of Jesus who had become too hot to handle.  Recent work on the shroud of has effectively confirmed the physical reality of the Resurrection.  It was effected by a scanning process we cannot possible emulate today.  The one astonishing certainty we have today is that the Resurrection was a real physical event.

Conjecture 4              Jesus was in the linage of the living masters.  He was anointed by John the Baptist and he plausibly anointed Peter.  The details of his early biography fit into a typical pattern for such a living master and the tradition that he spent much time in and later in were guidance was available fits.

NOTE:                                   The core teaching of Jesus that is often forgotten is that actual faith in him will allow your soul to stride an easier path on your physical death.  This is important as the soul needs guidance on death to avoid a long unpleasant interlude.

The SOUL is a construct that captures the data of our lives and is part of the deal for humanity when we all were given the task of terraforming Earth.  It is how living intelligent beings give themselves eternal life.

View this movie at cultureunplugged.com

View this movie at cultureunplugged.com