Where did the Greeks come from before Greece was formed? 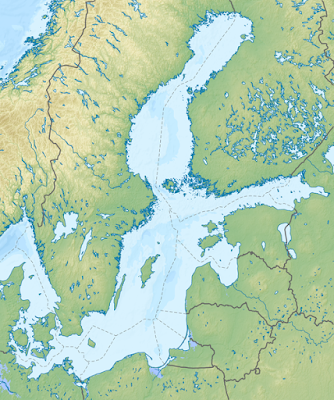 All this conforms to the Trojan Wars been in the Baltic in 1179, followed by the collapse of 1159 BC which forced the Dorians south to Greece.  This tells us that the path was well known from earlier movements.
The last movement overwelmed the existing population displacing local leadership likely established by the Atlanteans.  Then all populations integrated over the succeeding several centuries and all called themselves Hellenes.  Baltic town names displaced traditional names through sheer population mass.  This is what has come down to us.
The causer of the movement was the loss of crops for twenty years in the north.  This impacted the Baltic the worst.  so we had a movement not seen again until the fall of the western roman empire in thye fifth century.  Yet Britain and Gaul survived that event as well.  That tells us the climate weak point is the Baltic for Northern geologic disasters.
Where did the Greeks come from before Greece was formed?
Nick Gustav,
Answered Mar 4, 2018
https://www.quora.com/Where-did-the-Greeks-come-from-before-Greece-was-formed
As all ancient historians like Herodotus and Hesiodus have explained and as the common memory of the Greeks was, the Hellenes — Greeks in their own language - are a mix of a very ancient local population, the Pelasges (Πελασγοί a word that comes from πέλαγος = sea) with the Germanic waves that descended to Greece between 1650 and 1100 B.C. Those tribes, namely the Achaioi with their subtribes the Ionians (Ίωνες) and the Aeolians (Αιολείς), and the last ones the Dorians (Δωριείς) sealed the Greek ethnicity. Just to remember that the Trojan war which was sung by Homer in the two basic Greek epea the Ilias and the Odyssey was conducted before the last , the Dorian one, wave arrived. So Achilles, Ulysses and the other famous heroes were Achaioi. The areas where those waves finally settled were rather different, so the various towns and regions of Hellas (Greece) kept always a flair of that wave origin with a consequence on their dialect and their mentality: Athens were Ionian, Sparta and Macedonia Dorian and so on. But all if them were defining themselves as Hellenes and before the enemy they were uniting quite fast as the Persians learned the hard way - either defensively in Thermopylae, Marathon, Salamis and Plataiai or offensively under Alexander the Great.
Very remarkably one can trace the origin of an even modern Greek word in the time before or after the arrival of Achaioi. As an example few words containing -νθ- (-nth-) like the island Zacynthos and others are more ancient.
Fortunately the Greek history is written from the very ancient times, 3.000 years already. That's why there is no doubt among the international scholars when disputes are raised as the modern Macedonian issue for purely political reasons.
Posted by arclein at 12:00 AM