The Kill Shot AKA the JAB 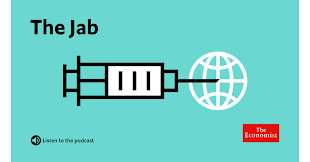 This is what we know so far.  So yes, we will now lose 2,000,000,000 of our population.  Your immune system is slowly deteriorating.  You will suddenly acquire a rare cancer.  Or a serious autoimmune disease.  Or early onset something or the other that was going to kill you later.
It really is that evil and put on by strange folks who really believe there are way too many of us.  The OLD NAZIs and the OLD Marxists are all in.  As is the CCP.  This is vwhat they believe.
They all need to be banded.  Transhumanism is chattel slavery.  I am not amused.
As I have been posting all along, the evidence has been saying exactly what has been written here.

22 months into COVID, we have all the information needed to paint a clear picture of what's going on.

We know that Anthony Fauci, who has done all this before in the 1980s, with HIV, AZT and AIDS was illegally working with the Communist Chinese, via the NIH to create a highly-contagious bat coronavirus in Wuhan, China.

We know that the PCR test was used to create a flood of false positives to legitimize the FDA's emergency vaccine authorization.

We know that the COVID "vaccines" are not vaccines but rather, highly controversial mRNA tech that failed miserably on its animal trials; a type of gene therapy that several top scientists warn will kill you, if you can't keep it from spreading throughout the body, which is exactly what it is doing.

We know that no matter how deadly these experimental shots are, the company selling them will not be held liable.

It is all being paid for by Taxpayer dollars.

We know that the ingredients are a big secret and they don't want you to know what's in them.

And we know that some are getting saline placebos.

But now, we are learning what the experimental jabs are doing.

The first shot stifles the production of lymphocytes, which cripples the immune system, resulting in a massive increase of autoimmune diseases and cancers.

The bloodwork presented by Dr Nathan Thompson shows the same.

And after receiving the second shot, their immune system begins

to fail even more.

According to one of the top virologists running this program, you NEED the booster shot, because your immune system is now failing as a result of getting the two previous shots.

The data consistently shows that these shots are causing massive cellular mutations throughout the entire body, often wherever the recipient is most vulnerable.

We know that some of these shots are contaminated with mysterious objects that appear to grow into other objects, for what purpose, we don't know.

But we do know that our government, along with the whole pop culture media machine are blocking life-saving treatments, while keeping them for themselves, while pushing the deadly kill shot on the public and creating a segregated society.

We know, without a doubt that these mRNA injections are killing people.

While some may get lucky with saline placebos, most are having their immune system destroyed from the inside out.

We know these things, because at this point, the evidence is overwhelming and we know that it's the big banks calling all the shots for their Great Reset, which they claim is a transhumanist utopia, a cure to Climate Change.

But who knows? What we all instinctively know is how to stop them.