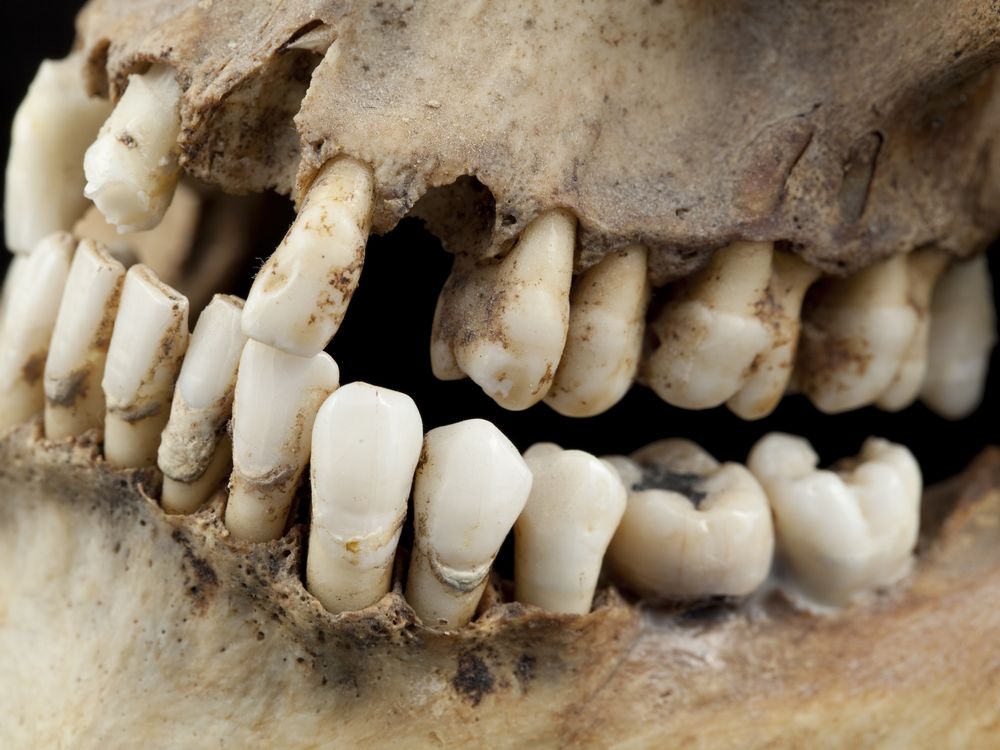 Let us then put that enthusiasm to rest.  what we do know is that near bering Strait populations did leak into the Americas.  I do think that this was mostly done by sea starting around 20,000 years ago when the old world had filled up woth hunter gatherer populations after 45,000 BC mostly occuping the continental shelves.
What is particularly true is that genetic drift between neighbors is slow.  if has to be simply because offspring must be produced and their new genetics need to proliferate as well.  That looks like a century per shift between even hunter gatherer groups.
cultural information is not so limited.  It can be fully adopted overnoghty and passed on at the seasonal trade gathering.  Thus Joman technology can travel up and over even witnhin a generation..
New Research Dispels Theory That First Americans Came From Japan
Scientists found no distinct relationship after examining ancient teeth of both populations
David Kindy
Daily CorrespondentOctober 15, 2021 4:21 p.m.
Scientists studied ancient teeth for their findings. Getty Images
For decades, scientists speculated that Native Americans were related the Jomon, an ancient people who settled in Japan about 15,000 years ago. Similarities between archaeological materials found on both sides of the Pacific Ocean pointed to this possibility.
New genetic research of teeth and physical analysis of skeletal remains of both populations, however, show this to be an unlikely scenario, reports Harry Baker of Live Science. According to a peer-reviewed study published in the journal PaleoAmerica, these first Americans are more closely related to East Asians in Siberia than the Jomon in Japan.
“The Jomon were not directly ancestral to Native Americans,” lead author G. Richard Scott, professor of anthropology at the University of Reno, Nevada, and an expert in the study of human teeth, tells Live Science. “They [the Jomon] are more aligned with Southeast Asian and Pacific groups than with East Asian and Native American groups.”
Originally, scientists based their belief on stone tools, including arrowheads, found among both communities. This similar archaeological record dating back 15,000 years in Japan and North America was viewed as proof of the relationship between the two populations. 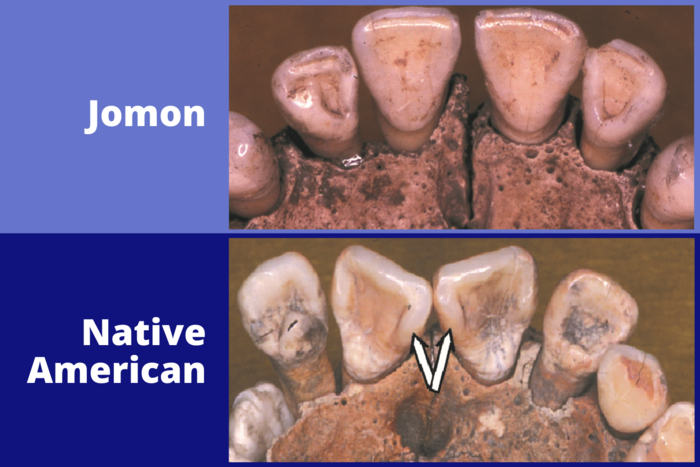 Researchers examined ancient teeth of Native Americans and the Jomon, who settled in Japan 15,000 years ago, to determine the two populations were not related. G. Richard Scott
However, this study offers strong evidence against that claim. Researchers examined skeletons from both regions and checked genetic data of teeth to determine the populations were biologically and genetically dissimilar, according to Brooks Hays of UPI.
“We found that the human biology simply doesn’t match up with the archaeological theory,” Scott says in a statement.
For the study, researchers examined thousands of teeth collected at archaeological digs in Americas, Asia and Pacific Islands. They took measurements and made comparisons, then used an algorithm designed to calculate the probabilities of where the teeth came from based on morphological characteristics.
“It’s a program that was developed by a doctoral student in Portugal,” Scott tells UPI.
The analysis showed a distinct difference between the teeth of the Jomon and those of the earliest known inhabitants of North America, often referred to as First Peoples. However, scientists did find similarities between ancient Siberian populations and Indigenous Americans.
“This is particularly clear in the distribution of maternal and paternal lineages, which do not overlap between the early Jomon and American populations,” says study co-author Dennis O’Rourke, a geneticist and professors of anthropology at the University of Kansas in a statement.
Scientists examined the shape of teeth for details on where individuals came from. Based on genetic research, they know dental morphological patterns are a reliable indicator of origination and lineage.
“A change in the environment does not trigger a change in dental morphology,” Scott tells UPI. “You can invent similar artifact styles, but you cannot invent your dental morphology.”
In the study, researchers also pointed to a recent discovery in New Mexico, where fossilized human footprints have been dated to 23,000 years ago. In the statement, Scott describes that as “definitive evidence” of people in North America before the Jomon settled in Japan.
The authors conclude that the First Peoples likely crossed over to North American from Northeast Asia through Beringia—the Bering Strait region—thousands of years ago when the two continents were connected by a land bridge.
Posted by arclein at 12:00 AM