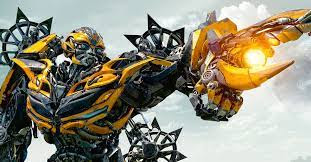 Why are scientists turning up a witches brew in these so called Vaccines that are not Vaccines at all?  Are they merely using the name in order to use hte free ride allowed Vaccine research?  That certianly explains the witches brew approach.
By the way any and all inclusions are readily explained by the appropriate papers in any and all scientific research papers.  Why is this research not been trotted out?
The public lack powerfully suppoorts the lack and that is scientific malfeisence.
Critically Thinking with Dr Carrie Madej and Dr Christine Northrup – Tentacled Organism Identified?
Dear Arclein,
Dr Carrie Madej and Dr Christine Northrup join Dr Larry Palvesky on Critically Thinking to discuss the scary things that Dr Madej observed in two separate vials of the vaxx that should not be there.
https://forbiddenknowledgetv.net/critically-thinking-with-dr-carrie-madej-and-dr-christine-northrup-tentacled-organism-identified/
She had described seeing what appeared to be a "tentacled organism" in the contents of the Moderna vial that was seemingly alive. Experts have come back with potential candidates for its identification, either Hydra vulgaris or Polypodium hydriforme, both of which are members of the Cnidaria phylum and are the distant freshwater cousins of corals and jellyfish, several species of which have dynamic characteristics of interest to Big Pharma.
Hydra are found almost everywhere there is fresh water and they're easy to experiment with because they require minimal care. They are used extensively in the study of morphyllaxis or tissue regeneration.
When you sever a section off a hydra, it forms into a smaller version of the original hydra, approximately the same size as the severed section. There is an "exchange" or reshuffling of tissue that allows it to quickly grow new legs, etc. It is reported that hydra do not undergo senescence, making them biologically immortal although this has been disputed.
Another Cnidaria, the Immortal Jellyfish is the only animal known to be able to reverse its life cycle. It does this through the cell development process of transdifferentiation.
Instead of dying, an adult or juvenile under stress can revert back to a polyp and begin the life cycle all over again, which makes it an important target of aging and pharmaceutical research.
It may be the angle of her photograph but I think it looks most like the polypodium, which is 30X smaller than a hydra, so this would be easy to ascertain. The polypodium has unusual lifecycle, a peculiar morphology and high rates of DNA evolution. It is formed from a binucleated cell, a type of cell most commonly found in cancer cells. It is one of the few animals that live inside the cells of other animals.
Polypodium spends most of its life inside the oocytes (egg cells, i.e., immature eggs) of sturgeons and paddlefish (you can't get them from caviar) but it goes through many phases, including a non-parasitic free-living stage, when it emerges from the host egg into fresh water and later fragments into multiple medusoid-like organisms that go on to multiply by means of longitudinal fission.
Regardless of which medusoid microbe it is, why is it in the vaxx? Is it to turn us into immortal biological Transformers or for some other transhumanist purpose?
Why are antiparasitic drugs, like ivermectin effective in the treatment of COVID?
Recall that Dr Robert Young found a different parasite, T. cruzi in the Johnson & Johnson vials. T. cruzi causes Chagas disease, which is incurable if left untreated within 4 weeks of infection and after which the infection becomes chronic. It can shorten the lifespan by decades if left untreated.
After initial infection, benznidazole and nifurtimox are the antiparasitic drugs of choice for treating Chagas disease.
If you are facing forced vaccination, it would be a good idea to prepare to be tested and treated for such a parasitic infection, to at least not have to worry about that, on top of the superconducting graphene and SPIONs and to say nothing of the nucleoside-modified mRNA and spike proteins.
If you were force-vaccinated more than a month ago, you may want to be screened for T. cruzi and other parasites.
The above includes much unqualified, non-professional speculation on my part. Better to listen to the opinions of these three brave doctors.
Posted by arclein at 12:00 AM