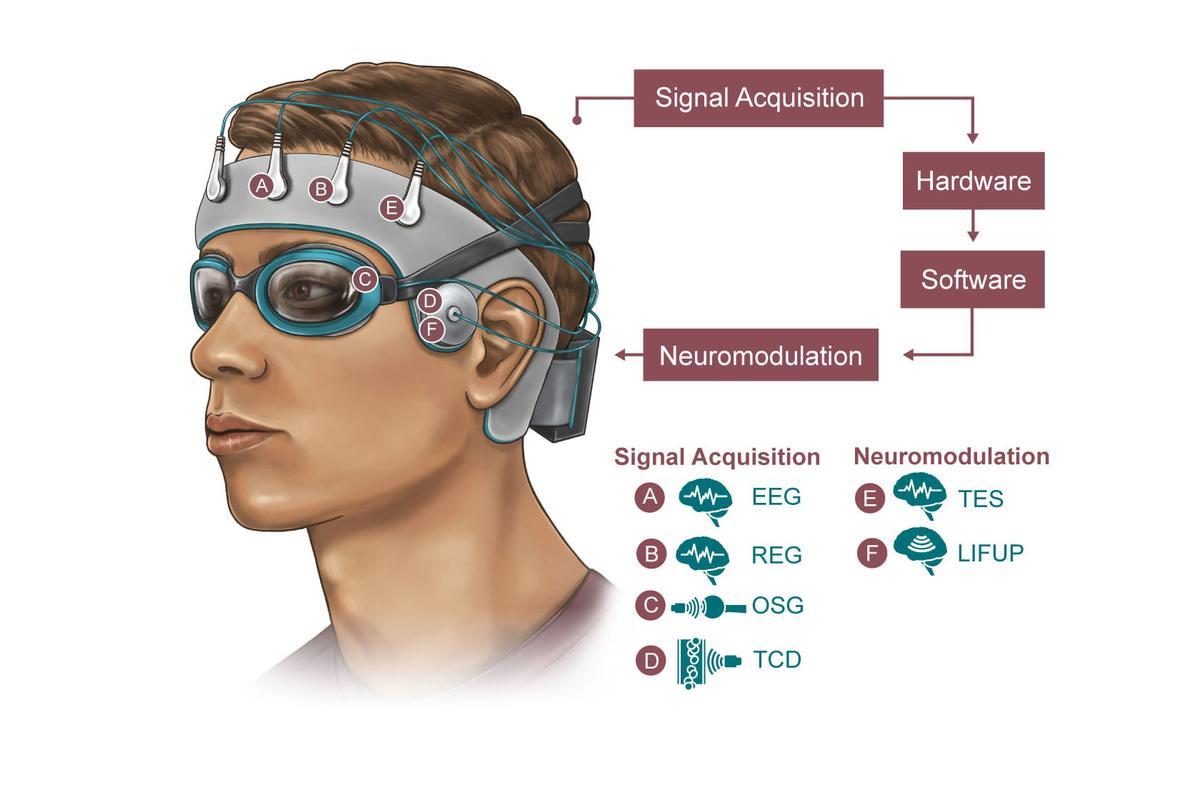 I do not know if this will be possible and the small budget suggests mostly scoping studies.  so do not be too optimistic.  This does launch a long term cycle of investment that may ultimately do exactly this.

however, been able to measure cranial imbalances is a good start to modification.  Even it it means suddenly running laps

Everybody knows sleep is important, but there's still a lot we don't understand about what it actually does to the brain – and how its benefits could be boosted. To investigate, the US Army has awarded researchers at Rice University and other institutions a grant to develop a portable skullcap that can monitor and adjust the flow of fluid through the brain during sleep.
Most of us are familiar with the brain fog that comes with not getting enough sleep, but the exact processes going on in there remain mysterious. In 2012 scientists made a huge breakthrough in the field by discovering the glymphatic system, which cleans out toxic waste products from the brain during deep sleep by flushing it with cerebrospinal fluid. Disruptions to sleep – and therefore the glymphatic system – have been increasingly associated with neurological disorders such as Alzheimer’s.
Studying the glymphatic system could provide new insights into sleep disorders and how to treat them, but currently it requires big bulky MRI machines. So the US Army is funding researchers at Rice University, Houston Methodist and Baylor College of Medicine to develop a wearable skullcap.
“Since an MRI can’t be easily transported, the Department of Defense asked if we can design a small, portable cap that can measure and modulate the brain health of warfighters during sleep to enhance their performance,” says Paul Cherukuri, executive director of Rice’s Institute of Biosciences and Bioengineering (IBB). “Developing this prototype will require us to start with off-the-shelf devices and learn from them in parallel with building our own sensor technology and algorithms at Rice.”
The system would consist of wearable hardware that acquires signals from the brain using a range of methods, which would be processed using the newly designed algorithms. Neuromodulation devices could then stimulate the flow of fluids in the brain.
Signals would be gathered with a mix of sensors on the skullcap. Electroencephalography (EEG) measures electrical activity in the brain, while rheoencephalography (REG) measures blood flow. Other sensors measure fluid flow using ultrasound pulses – orbital sonography (OSG) sends these pulses through the eye socket, while transcranial doppler (TCD) ultrasound sends them through the skull. The fluid flow can then be controlled using transcranial electrical stimulation (TES) and low-intensity focused ultrasound pulses (LIFUP).
The team says that developing portable technology to measure and control fluid flow in the brain would help not just soldiers but patients as well, improving our understanding of what’s going on during sleep and potentially leading to new treatments for sleep and neurological disorders.
“While humans spend almost one-third of their lives sleeping, a unifying theory about the role of sleep and its impact on human survival and function has not been identified yet,” says Fidaa Shaib, a Baylor professor who will oversee sleep evaluation tests. “Technologies that facilitate clearing wastes and preventing their deposition in the brain are relevant to patients with sleep disorders, especially those at risk for such neurodegenerative diseases as Alzheimer’s.”
The grant amounts to US$2.8 million for the first year in what may become a multi-year project. The team hopes to present the first preliminary results in one year's time.
Posted by arclein at 12:00 AM