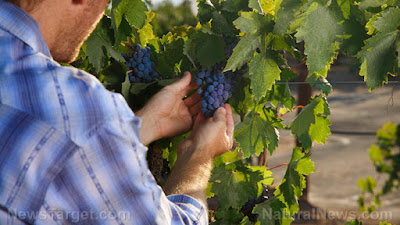 What an excellent idea. However, before we get too carried away i suggest that the charge out rates match minimum wages with a properly measured distribution for piecework. Paying m8inimum wages against the the top performer is nonsense, but against the average quite reasonable. There has to be built in motivation and that should do it.  What i am saying is that i want all migrant laboprers to be fairly treated to completely eliminate gaming thesystem.

What needs to be understood is that whatever is here regulated will be passed on to the consumer including labor fairness.  Again import protection also needs to be in place to block advantageous dumping.  As you can see, this whole sector has been a sore spot in our agricultural economy for a long time.  It does need real reform matching wage and general income reforms.  Otherwise it becomes the discounting base that drives out local workers who cannot seriously compete.

And do recall that families can do work arounds and will to get the work.  I saw the whole professional office cleaning industry transform because of just that.  For a family, minimum wage happens to be a book entry.

Natural News) Some of the biggest fruit orchards in the U.S. may soon use robots in harvesting fruits, as two robotics firms are currently developing machines that could accelerate fruit picking. Mechanical harvesting has become a staple practice in many farms for crops such as wheat, corn, green beans, tomatoes and others. However, the harvesting of fragile, easily-perishable crops — such as apples, berries, table grapes and lettuce — are still done through manual labor. Fruit orchards in Washington state alone require thousands of farm workers to do the harvesting.

Israel-based FFRobotics noted that human pickers are getting scarce, with many young people shying away from farm work. The firm also stressed that elderly pickers are slowly retiring. In line with this, the company is currently working on a machine with three-fingered grips designed to grab fruit and twist or clip it from a branch. According to company co-founder Gad Kober, the machine will feature between four and 12 robotic arms, and can harvest as many as 10,000 apples an hour. The machine would also be able to harvest 85 to 90 percent of the crop off trees. The remaining crops could then be manually harvested by workers, Kober noted. On the other hand, California-based Abundant Robotics is developing a machine that makes use of suction technology to vacuum apples off trees. Plans for machine production were discussed in February at an international convention of fruit growers. The company aims to launch the robotic harvesters in the market before 2019.

The two robotics companies are likely to achieve their production targets, with both prototypes projected to be released this fall, according to Karen Lewis. Lewis is a Washington State University cooperative extension agent who assessed the use of robotics in fruit orchards. Lewis also noted that while the machines will serve as game changers in harvesting, fruit orchards across the country may be required to cultivate fruits in new trellis systems to allow the machines to see and harvest the crops.

Despite the agricultural advances, the announcement did not sit well with many agricultural experts. According to experts, robot pickers will negatively impact the livelihood of farm workers especially the migrant labor sector, many of whom have been illegally working in the U.S. An analysis by the Pew Research Center revealed that unauthorized immigrant workers accounted for 17 percent of the workforce in the U.S. agriculture industry in 2014.

Washington has long suffered from human power shortages, and has greatly depended on immigrant workers from Mexico to harvest many crops. According to Erik Nicholson, an official with the United Farm Workers union, the eventual loss of jobs among human pickers will have huge implications. Nicholson estimated that about half of Washington’s farm workers are illegal immigrants. However, he stressed that many of them have settled in the state and were productive members of the society. “They are scared of losing their jobs to mechanisation [sic]. A robot is not going to rent a house, buy clothing for their kids, buy food in a grocery and reinvest that money in the local economy,” Nicholson was quoted in DailyMail.co.uk.

President Donald trump’s hard-hitting policies against illegal migrant workers have had farms and orchards scrambling for alternative harvesting methods. Some farms have purchased new equipment in order to cut back on human resources. Other farms have even lobbied with federal officials for deals that would limit the negative effects of recent policies on their livelihoods. Jim McFerson, head of the Washington State Tree Fruit Research Centre, stressed that the recent immigration conundrum is now a matter of survival for many farmers.
Posted by arclein at 12:00 AM