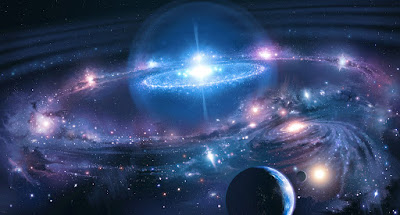 The first chapter describes the act of creation and asserts the priority of the one consciousness.  It completely conforms to my own understanding of the first act of creation and is good enough to work with as much as is possible with words.  This description is clearly superior to the tale in Genesis which feels like a plausible extraction of this work.

The first act is described as a ripple or in our words, a wave, as i also have surmised.  The meaning though will be three dimensional and do note no effort is made to discuss time itself.  it is simply accepted.  Yet the mere idea of a ripple suggests what i understand.  Such has a beginning and an end.

My own thinking suggests that the one consciousness is at the beginning utterly simple and content free and that the mere act of existence causes all.

We have confirmation that copper was the tool making material.  Thus we are really from the Bronze Age with this text.  We also are given a sense of geological ages in this text as well although not measured.  There were great beasts in the past before mankind.  Not bad for a Bronze Age text.  Or this age for that matter..

THE BOOK OF CREATION

Extracted From The Great Book


Of The Sons of Fire

Chapter 2 - THE BIRTH OF MAN

Chapter 3 - THE DESTRUCTION AND RE-CREATION

Chapter 4 - THE AFFLICTION OF GOD

Chapter 5 - IN THE BEGINNING

Mortal knowledge is circumscribed by mortal ignorance, and mortal comprehension is circumscribed by spiritual reality. It is unwise for mortal man to attempt the understanding of that which is beyond his conception, for there lies the road to disbelief and madness. Yet man is man and ever fated to reach out beyond himself, striving to attain things which always just elude his grasp. So in his frustration he replaces the dimly seen incomprehensible with things within his understanding. If these things but poorly reflect reality, then is not the reflection of reality, distorted though it may be, of greater value than no reflection at all?

There are no true beginnings on Earth, for here all is effect, the ultimate cause being elsewhere. For who among men can say which came first, the seed or the plant? Yet in truth it is neither, for something neither seed nor plant preceded both, and that thing was also preceded by something else.

Always there are ancestors back to the beginning, and back beyond to there is only God. This, then, is how these things were told in The Great Book of The Sons of Fire.

Before the beginning there was only one consciousness, that of The Eternal One whose nature cannot be expressed in words. It was The One Sole Spirit, The Self Generator which cannot diminish. The Unknown, Unknowable One brooding solitary in profound pregnant silence.

The name which is uttered cannot be that of this Great Being who, remaining nameless, is the beginning and the end, beyond time, beyond the reach of mortals, and we in our simplicity call it God.

He who preceded all existed alone in His strange abode of uncreated light, which remains ever unextinguishable, and no understandable eye can ever behold it. The pulsating draughts of the eternal life light in His keeping were not yet loosed. He knew Himself alone, He was uncontrasted, unable to manifest in nothingness, for all within His Being was unexpressed potential. The Great Circles of Eternity were yet to be spun out, to be thrown forth as the endless ages of existence in substance. They were to begin with God and return to Him completed in infinite variety and expression.

Earth was not yet in existence, there were no winds with the sky above them; high mountains were not raised, nor was the great river in its place. All was formless, without movement, calm, silent, void and dark. No name had been named and no destinies foreshadowed.

Eternal rest is intolerable, and unmanifested potential is frustration. Into the solitude of timelessness can Divine Loneliness and from this arose the desire to create, that He might know and express Himself, and this generated the Love of God. He took thought and brought into being within Himself the Universal Womb of Creation containing the everlasting essence of slumbering spirit.

The essence was quickened by a ripple from the mind of God and a creative thought was projected.

This generated power which produced light, and this formed a substance like unto a mist of invisible dust. It divided into two forms of energy through being impregnated with The Spirit of God and, quickening the chaos of the void within the Universal Womb, became spun out into whirlpools of substance. From this activity, as sparks fi-om a fire, came an infinite variety of spirit minds, each having creative powers within itself The activating word was spoken, its echoes vibrate still, and there was a stirring movement which caused instability. A command was given and this became the Everlasting Law. Henceforth, activity was controlled in harmonious rhythm and the initial inertia was overcome. The Law divided the materializing chaos from God and then established the boundaries of the Eternal Spheres.

Time no longer slept on the bosom of God, for now there was change where before all had been unchanging, and change is time. Now within the Universal Womb was heat, substance and life, and encompassing it was the Word which is the Law.

The command was given, "Let the smallest of things form the greatest and that which lives but a flash form everlastingness." Thus the universe came into being as a condensation of God's thought, and as it did so it obscured Him from all enclosed within His solidifying creation. Henceforth, God was hidden, for He has always remained dimly reflected in His creation. He became veiled from all that came forth from Him. Creation does not explain itself, under the Law it cannot do so, its secrets have to be unraveled by the created.

All things are by nature finite, they have a beginning, a middle and an end. An unaccomplishable purpose would be eternal frustration and therefore, the universe being created purposefully it must have an objective. If it ended without anything else following, then the God existing must slumber indifferent to its activities. But He has made it a living work of greatness operating under the changeless Law.

The creating word had been spoken, now there was another command and the power going forth smote the sun so its face was lit, and it shone with a great radiance pouring warmth and light upon its sister Earth. Henceforth she would live within the protection of her brother's household, rejoicing in his benevolence and strength.

The waters upon the bosom of Earth were gathered together and dry land appeared. When the covering of water was rolled back the body of Earth was unstable, damp and yielding. The face of the sun shone down kindly upon his sister and the dry land of her body became very hard, humidity and dampness were taken away. He gave her a garment of fleece and a veil of fine linen, that she might clothe her body with modesty.

From the Great Womb had sprung the Spirit of Life and it was rampant in the Heavens. It gazed upon Earth and saw her fairness, and was filled with desire, and came out of the heavenly spaces to possess her. It came not peacefully as a lover, but tempestuously as a ravager. Its breath howled along her corridors and raged among her mountain tops, but it did not discover the dwelling place of her Spirit. She had withdrawn, as a woman withdraws before force, for modesty must not be outraged in submission. Yet she desired its embrace, for among all the Radiant Company she was honoured.

The sun saw her perplexity and he wrestled with the Spirit of Life and overcame it. When it was subdued and the primal struggle had ceased, it was delivered by the sun to his sister. It was chastened and quietened and in silence brooded over Earth's waters, and she was stirred in response. Mud eggs of life potential were formed in swamps, at the meeting places of land and two waters. The sun gave quickening heat and life crawled forth upon the bosom of the Earth.

The land dust brought forth the male and the dark water mist the female, and they united and multiplied. The first brought forth the second and the two produced the third. Earth was no longer virgin and the Spirit of Life grew old and departed. Earth was left garbed in the matron's mantle of green, herbage covered the face of the land.

The waters brought forth fishes and creatures which move about and twist themselves and wriggle in the waters, the serpents and the beasts of terrible aspect which were of yore, and reptiles which creep and crawl. There were tall walking things and dragons in hideous form clothed with terror, whose great bones may still be seen.

Then came forth from the Womb of the Earth all the beasts of the field and forest. All the creatures of creation having blood in their bodies, and it was complete. Beasts roamed the dry land and fishes swam in the seas. There were birds in the skies and worms within the soil.

There were great land masses and high mountains, wide barren places and heaving waters. Fertile greenness covered the land and abundant life swarmed in the seas, for now Earth throbbed with the energy of life.

Metals lay hidden in her rocks and precious stones within the soil. Gold and silver were scattered and secreted.

There was copper for tools and forest of timber. There were swamps of reeds and stone for every purpose.