Descartes was wrong: ‘a person is a person through other persons’ 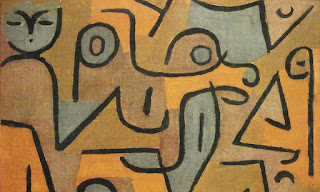 A profound question of course and also therapeutically significant as well as PTSD shows us.  My opinion today is that our spirit self is the main event, but it also must interact with aspects of our physical cognition and usually give up most of our external interactions to that component.

The best defense for the spirit mind is to rigorously ask questions thus both informing physical cognition but also allowing alternative realities to present.  It is not to stand back and merely follow the lead of the physical mind which can be informed by even instinctual responses.

It is obvious that no one is any wiser than Descartes and perhaps that is as it should be.

.
Descartes was wrong: ‘a person is a person through other persons’

According to Ubuntu philosophy, which has its origins in ancient Africa, a newborn baby is not a person. People are born without ‘ena’, or selfhood, and instead must acquire it through interactions and experiences over time. So the ‘self’/‘other’ distinction that’s axiomatic in Western philosophy is much blurrier in Ubuntu thought. As the Kenyan-born philosopher John Mbiti put it in African Religions and Philosophy (1975): ‘I am because we are, and since we are, therefore I am.’

We know from everyday experience that a person is partly forged in the crucible of community. Relationships inform self-understanding. Who I am depends on many ‘others’: my family, my friends, my culture, my work colleagues. The self I take grocery shopping, say, differs in her actions and behaviours from the self that talks to my PhD supervisor. Even my most private and personal reflections are entangled with the perspectives and voices of different people, be it those who agree with me, those who criticise, or those who praise me.

Yet the notion of a fluctuating and ambiguous self can be disconcerting. We can chalk up this discomfort, in large part, to René Descartes. The 17th-century French philosopher believed that a human being was essentially self-contained and self-sufficient; an inherently rational, mind-bound subject, who ought to encounter the world outside her head with skepticism. While Descartes didn’t single-handedly create the modern mind, he went a long way towards defining its contours.

Descartes had set himself a very particular puzzle to solve. He wanted to find a stable point of view from which to look on the world without relying on God-decreed wisdoms; a place from which he could discern the permanent structures beneath the changeable phenomena of nature. But Descartes believed that there was a trade-off between certainty and a kind of social, worldly richness. The only thing you can be certain of is your own cogito – the fact that you are thinking. Other people and other things are inherently fickle and erratic. So they must have nothing to do with the basic constitution of the knowing self, which is a necessarily detached, coherent and contemplative whole.

Few respected philosophers and psychologists would identify as strict Cartesian dualists, in the sense of believing that mind and matter are completely separate. But the Cartesian cogito is still everywhere you look. The experimental design of memory testing, for example, tends to proceed from the assumption that it’s possible to draw a sharp distinction between the self and the world. If memory simply lives inside the skull, then it’s perfectly acceptable to remove a person from her everyday environment and relationships, and to test her recall using flashcards or screens in the artificial confines of a lab. A person is considered a standalone entity, irrespective of her surroundings, inscribed in the brain as a series of cognitive processes. Memory must be simply something you have, not something you do within a certain context.

Social psychology purports to examine the relationship between cognition and society. But even then, the investigation often presumes that a collective of Cartesian subjects are the real focus of the enquiry, not selves that co-evolve with others over time. In the 1960s, the American psychologists John Darley and Bibb Latané became interested in the murder of Kitty Genovese, a young white woman who had been stabbed and assaulted on her way home one night in New York. Multiple people had witnessed the crime but none stepped in to prevent it. Darley and Latané designed a series of experiments in which they simulated a crisis, such as an epileptic fit, or smoke billowing in from the next room, to observe what people did. They were the first to identify the so-called ‘bystander effect’, in which people seem to respond more slowly to someone in distress if others are around.

Darley and Latané suggested that this might come from a ‘diffusion of responsibility’, in which the obligation to react is diluted across a bigger group of people. But as the American psychologist Frances Cherry argued in The Stubborn Particulars of Social Psychology: Essays on the Research Process (1995), this numerical approach wipes away vital contextual information that might help to understand people’s real motives. Genovese’s murder had to be seen against a backdrop in which violence against women was not taken seriously, Cherry said, and in which people were reluctant to step into what might have been a domestic dispute. Moreover, the murder of a poor black woman would have attracted far less subsequent media interest. But Darley and Latané’s focus make structural factors much harder to see.

Is there a way of reconciling these two accounts of the self – the relational, world-embracing version, and the autonomous, inward one? The 20th-century Russian philosopher Mikhail Bakhtin believed that the answer lay in dialogue. We need others in order to evaluate our own existence and construct a coherent self-image. Think of that luminous moment when a poet captures something you’d felt but had never articulated; or when you’d struggled to summarise your thoughts, but they crystallised in conversation with a friend. Bakhtin believed that it was only through an encounter with another person that you could come to appreciate your own unique perspective and see yourself as a whole entity. By ‘looking through the screen of the other’s soul,’ he wrote, ‘I vivify my exterior.’ Selfhood and knowledge are evolving and dynamic; the self is never finished – it is an open book.

So reality is not simply out there, waiting to be uncovered. ‘Truth is not born nor is it to be found inside the head of an individual person, it is born between people collectively searching for truth, in the process of their dialogic interaction,’ Bakhtin wrote in Problems of Dostoevsky’s Poetics (1929). Nothing simply is itself, outside the matrix of relationships in which it appears. Instead, being is an act or event that must happen in the space between the self and the world.

Accepting that others are vital to our self-perception is a corrective to the limitations of the Cartesian view. Consider two different models of child psychology. Jean Piaget’s theory of cognitive development conceives of individual growth in a Cartesian fashion, as the reorganisation of mental processes. The developing child is depicted as a lone learner – an inventive scientist, struggling independently to make sense of the world. By contrast, ‘dialogical’ theories, brought to life in experiments such as Lisa Freund’s ‘doll house study’ from 1990, emphasise interactions between the child and the adult who can provide ‘scaffolding’ for how she understands the world.

A grimmer example might be solitary confinement in prisons. The punishment was originally designed to encourage introspection: to turn the prisoner’s thoughts inward, to prompt her to reflect on her crimes, and to eventually help her return to society as a morally cleansed citizen. A perfect policy for the reform of Cartesian individuals. But, in fact, studies of such prisoners suggest that their sense of self dissolves if they are punished this way for long enough. Prisoners tend to suffer profound physical and psychological difficulties, such as confusion, anxiety, insomnia, feelings of inadequacy, and a distorted sense of time. Deprived of contact and interaction – the external perspective needed to consummate and sustain a coherent self-image – a person risks disappearing into non-existence.

The emerging fields of embodied and enactive cognition have started to take dialogic models of the self more seriously. But for the most part, scientific psychology is only too willing to adopt individualistic Cartesian assumptions that cut away the webbing that ties the self to others. There is a Zulu phrase, ‘Umuntu ngumuntu ngabantu’, which means ‘A person is a person through other persons.’ This is a richer and better account, I think, than ‘I think, therefore I am.’
Posted by arclein at 12:00 AM