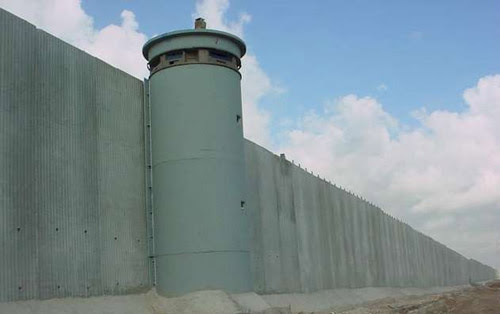 Population movement control has become necessary.  It is not a choice.  Countries do need to know who is living there and to have some chance of finding them as needed.  It is never perfect, but having thousands sneaking in is certainly bad policy.
Worse, because they lack status they must participate in the so called grey market and desperate people will commit crimes as well.
There is really a problem that is not home grown and it is simply that the source countries have failed to provide a supportive economy. We can insist that that changes and should.  Instead we export a drug war.

It turns out that Donald Trump’s proposed border wall is not such a bad idea after all. Though Mexico’s current and former Presidents have both lambasted Trump for implying that a wall would curb immigration, it turns out that Mexicans like the idea.

There is one small caveat, however. Mexicans don’t want to build the wall on the U.S.-Mexico border, but rather, they want to stem the tide of immigration into their own country by building the wall on their southern border with central America:

One of the largest newspapers along Mexico’s border with Texas is calling for a border wall with Central America, similar to the one being promoted by Republican Presidential Candidate Donald J. Trump.

The Mexican border newspaper provides a controversial view on the Border Wall; which is one of the main topics in Trump’s campaign.

“Mexico’s southeast has two borders; one with Guatemala and one with Belize, that do not provide any benefit, but on the contrary only problems are brought by these crossing points that are being used for the new invasion. The one use by Central American’s looking for a way into the United States. ” El Mañana’s editorial board wrote.

One of the issues mentioned in the editorial piece points not only to the hordes of Guatemalans, Salvadorans and Hondurans that flock to Reynosa in an effort to get to the U.S., but also to the large number of CentralAmericans that are left in Mexico after deportation.

Eastern European countries are expanding their border fence networks to keep middle east refugees from crossing into their countries, a strategy that has cut illegal immigration by over 90% in those nations.

President Obama made the one in front of the White House even higher and more elaborate.

Prisons tend to build them, too.

The Mexicans want one.

And now even the Democratic National Committee has decided that fences work to keep out the riff-raff. They’ve built an 8 foot high, 4 mile long fence around their convention.

It seems like these days everyone wants to build a wall.

But according to former DHS chief Janet Napolitano, walls don’t work to keep people out and are ineffective immigration policy, so we’re not sure what all the fuss is about.