Did Insanity Create a Shadow Man? 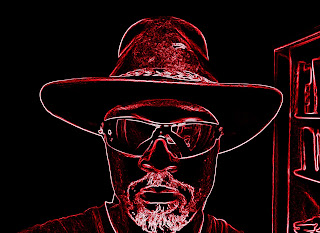 This note is important.  What it represents is direct confirmation of the conjecture that a stressed human being is able to project a holograph of himself into the surrounds through strong resonance and that this holograph can then be observed at a later time.  We had suspected as much in reference to ghosts in particular.

This is a body of evidence in which the spirit itself is long gone and not critical to the observations.  Yet it is clearly physical evidence of presence and in some instances of a violent crime.  Otherwise they are just that -  harmless images.

All this fits in well with our new understanding of Physics and the second tier of matter.
.
Did Insanity Create a Shadow Man?

Shelly wrote in to tell of her shadow man encounter. Host Dave Schrader believed that it may have been an example of a Tulpa:

“My first husband became mentally ill after we wed. As the years went on he got worse and scarier. He had the Charlie Manson look at times. When we finally broke up and he moved out, we started seeing a shadow person. My son quit sleeping in his room and I would be woken up by something sitting on my bed and putting their hand on me. We had a preacher come and try to get rid of it and have the house cleaned and blessed to no avail. We finally had to move out. I have no question that this thing was created from his insanity.”