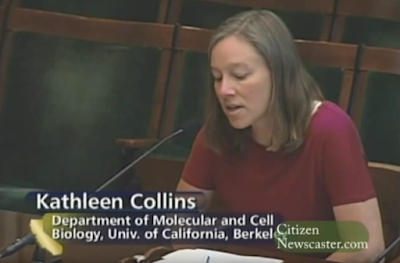 This continues the argument that the sooner we switch to organic methods  the better.

The industry has made it a practice to lie about the dangers of all their products and to obscure conflicting evidence.  This is part of the public counter attack.  Since the science is on the side of sustainable methods, this will not end.

What disturbs me is that we are consuming these pesticides.  There was a claim out there that washing and scheduling eliminates the problem.  Nice story but just a salesman's lie.  The sad reality is that the industry has been exposed as shameless whoever  they end affecting.
.
Cancer Cell Specialist Makes One Thing Utterly Obvious About Our Food

There’s no doubt about it: The world’s demand for organically grown produce is growing rapidly, so much so that dozens of countries around the world have already banned the chemicals that are so commonly sprayed on conventionally grown food.

If you’re someone who believes organic farming is unsustainable, ask yourself, how are so many countries (like Russia, Switzerland, or Bulgaria, to name a few) able to feed their citizens this way?

If so many countries can successfully grow organics, what’s the real reason that countries like the United States continue to spray billions of pounds of chemicals on our food every single year? Is it really just to ward off pests?

Every person on the planet can feed themselves with just 100 square feet of well managed land.

In 2008, the UN Conference of Trade and development supported organics, saying that organic agriculture can be more conducive to food security in Africa than most conventional production systems, and is more likely to be sustainable in the long term.

You can read that full report HERE.

Below is a video of Kathleen Collins, a cancer cell specialist at UC Berkely, speaking about methyl iodide, and the type of DNA damage it causes. Methyl iodide is still sprayed on our food in some areas, and is still used in some prescription medications.

According to the EPA, acute (short-term) exposure to methyl iodide by inhalation may depress the central nervous system (CNS), irritate the lungs and skin, and affect the kidneys.

Chronic (long-term) exposure of humans to methyl iodide by inhalation may affect the CNS and cause skin burns. The EPA has not classified methyl iodide for potential carcinogenicity, even though scientists like Dr. Collins have made it quite clear that it should be.

According to the Pesticide Action Network:

"Methyl iodide causes late term miscarriages, contaminates groundwater and is so reliably carcinogenic that it’s used to create cancer cells in laboratories. It is included in California’s Proposition 65 list of chemicals known to cause cancer.

"The pesticide poses the most direct risks to farm workers and neighboring communities because of the large quantities that would be applied to fields and its tendency to drift off site through the air. Use of methyl iodide is anticipated to be similar to methyl bromide and could top 6-10 million pounds a year in California alone."

This agent is just one of many harmful ingredients used in the pesticides sprayed on our food. But there is still hope, as studies have shown that switching to organic produce dramatically reduces pesticide accumulation within the body.

For example, a recent study conducted by researchers from RMIT University, published in the journal Environmental Research, found that an organic diet for just one week significantly reduced pesticide exposure in adults by 90 percent. (source)

Results of her research indicated that among individuals eating similar amounts of vegetables and fruits, the ones who reported eating organic produce had significantly lower OP pesticide exposure than those who normally consume conventionally grown produce.

You can read more about that here.

Another great example comes from a supermarket chain in Sweden which challenged a family to go completely organic for just two weeks.

The transition was monitored and studied by The Swedish Environmental Research Institute to see firsthand whether or not an organic diet positively impacted the lives of the family.

You can watch a video of that experiment and view the results here.

We have covered this topic extensively, and you can find many more articles about pesticides and organics by browsing the site. Below is another article that you might be interested in reading: A Pregnant Woman Eating Organic vs Eating Conventional

Methyl Iodide Seems To Be Predominately Sprayed On Strawberries

Below is another great video for anybody who believes it’s not possible to sustainably grow organic produce. It’s being done all over the world, and Jim Cochran is one of many people doing it successfully.

The companies that manufacture these pesticides (big biotech companies like Monsanto) hold tremendous amounts of power over government policy. Perhaps this is why so much of the world has gone organic, yet North America continues to lag behind.

The chemical is approved for spraying in California’s strawberry fields at rates up to 110 pounds per acre on much of the state’s 38,000 acres in strawberry production, totaling millions of pounds of use.

Though methyl iodide will likely be used primarily on strawberries, it is also registered for use on tomatoes, peppers, nurseries, and on soils prior to replanting orchards and vineyards.

Although it is still sprayed around the country, it was banned in California a couple of years ago when all of this information came to light (source).