DNA Scientists Claim that Cherokees are from the Middle East. 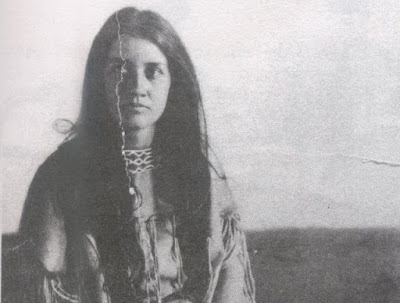 A history of how history itself got rewritten again and again.  In the meantime, over four centuries, population collapse caused groups to merge and blend in order to survive.  This leads to the massive confusion that DNA testing will now attempt to sort out.

It is hard to imagine it getting worse.

So much has been lost that it is hard to put any of it back together.

DNA scientists claim that Cherokees are from the Middle East.

“The Cherokees have lived in the Southeastern United States for over 10,000 years. Cherokees developed and cultivated corn, beans and squash – “the three sisters” – along with sunflowers and other crops. Archaeological evidence, early written accounts, and the oral history of the Cherokees themselves show the Cherokees as a mighty nation controlling more than 140,000 square miles with a population of thirty-six thousand or more. Often the townhouse stood on an earthen mound, which grew with successive ceremonial re-buildings.”

In his famous book, “The History of the America Indians” eighteenth century explorer and trader, John Adair stated that several hundred Cherokees, living in the North Carolina Mountains, spoke an ancient Jewish language that was nearly unintelligible to Jews from England and Holland. From this observation, Adair extrapolated a belief that all Native Americans were the descendants of the Ten Lost Tribes of Israel.

Adair genuinely admired Native Americans and was married to a Chickasaw woman. However, his popular theory was twisted during the American Revolution to something else. In the new version, the Ten Lost Tribes of Israel had built the thousands of mounds that dotted the landscape of eastern North America, but the Indians had killed all the “civilized Jews.” Frontier preachers gave sermons which demanded that their parishioners go out and slaughter the evil savages, who had killed the “civilized Jews.”

By the late 20th century, things had gone to the other extreme in North Carolina. In 1976 the North Carolina state government directed a team of professors to prove that the Cherokees had been in their state for at least 1000 years. It was called the North Carolina History Project. The archaeologists and historians justified their bonus paychecks by dutifully re-labeling all Native American archeological sites in the western third of the state as “Cherokee” or “Proto-Cherokee.” The widespread Creek Indian place names were re-labeled “ancient Cherokee words whose meanings have been lost.”

This academic fraud flew in the face of early Colonial archives that described several other ethnic groups living in the region prior to 1715, but no Cherokees. The word “Charaqui” first appeared on a European map in 1718. Almost all radiocarbon dates for documented Cherokee villages, come from after 1720.

Two subsequent generations of archaeologists and historians have so thoroughly quoted each other in academic papers that no one realizes that North Carolina had a different history before 1976. The absurd results is that the Coweeta town site, one mile north of the Georgia state line, is labeled a Cherokee – Pisgah Phase town. Its sister towns immediately south of the state line are labeled Etowah and Lamar proto-Creek towns by Georgia archaeologists. The same proto-Creek pottery and architecture is found in all these towns. Coweta is a Creek word and has no meaning in the Cherokee language.

Some Cherokees and Cherokee wannabe’s took the situation beyond absurdity in the 1990s. In 1754, the British Crown “gave” the Cherokees a vast territory in the Southeast that included the territories of all tribes allied with the French. In return, the Cherokees agreed to send warriors to fight the French in New York. Almost immediately thereafter, the Creek Confederacy dramatically won the 40 year long Cherokee-Creek War and took back a fourth of the Cherokee’s core territory that had been captured from the Creeks 40 years earlier.

In 1757 the Cherokees attacked their former British allies. Great Britain won the war and took back most of the land that it had given the Cherokees in 1754, PLUS almost all the Cherokee lands in North and South Carolina. Non-Cherokee tribes in western North Carolina were also forced to leave. After 1763, what is now the Cherokee Reservation was 35 miles outside the eastern Cherokee boundary.

In 1990 the U.S. Department of the Interior created a map of traditional Native American territories as part of the Native American Graves and Repatriation Act (NAGPRA.) The mapmakers labeled the vast “seven state” area given to the Cherokees in 1754 as traditional Cherokee territory. To that they added northwest Georgia and northeast Alabama, where the Cherokees lived from 1785 until 1738, plus huge sections of North Carolina, South Carolina and Georgia where the Cherokees never lived.

The NAGPRA laws froze into stone a myth that the Cherokees were descendants of all the Indians who lived in this territory since mankind came to North America.

Until the late 20th century all Cherokee leaders consistently said that they never built any mounds. Suddenly, with the contrived history created by the State of North Carolina in 1976 and the U.S. Government in 1990, a new generation of North Carolina Cherokees assumed that the maps meant that they had built most of the mounds in the Southeast. They were the “Master Race” of the Americas. That line of thought was extended to the belief that they were the ones who first domesticated corn, beans and squash, as stated by Dr. Duncan above. A film recently produced by the Eastern Band of Cherokee Indians claims that “the Mayas and Aztecs were the descendants of the Cherokees.”

There are currently no DNA tests that can accurate label someone a descendant of a particular Indian tribe in eastern North America. The people, calling themselves full-blooded Native Americans, from the eastern United States, are not the same people, genetically, who greeted early European explorers. A few reputable laboratories are now attempting to create reliable DNA markers for individual tribes, but the obstacles are monumental.

Perceiving a vast potential market from the millions of Americans, who proudly claim that their great-grandmother was a Cherokee Princess, DNA Consultants, Inc. initiated comprehensive DNA testing of the Cherokees living on the Qualla Reservation in western North Carolina. The North Carolina Cherokees were chosen because after 180 years in the west, Oklahoma Cherokees are so thoroughly mixed with other ethnic groups, that any DNA test marker obtained would be meaningless.

The laboratory immediately stumbled into a scientific hornet’s nest. That Cherokee princess in someone’s genealogy was most likely a Jewish or North African princess. Its scientists have labeled the Cherokees not as Native Americans, but as a Middle Eastern-North African population. Cherokees have high levels of test markers associated with the Berbers, native Egyptians, Turks, Lebanese, Hebrews and Mesopotamians. Genetically, they are more Jewish than the typical American Jew of European ancestry. So-called “full-blooded” Cherokees have high levels of European DNA and a trace of Asiatic (Native American) DNA. Their skin color and facial features are primarily Semitic in origin, not Native American.

There is a major inaccuracy in most articles about this controversy. Both DNA Consultants and journalists are stating that the research results from the Qualla Reservation apply to all Cherokees. Genetic research associated with the filming of the History Channel’s “America Unearthed” found separate populations of Cherokees outside the reservation with very different genetic profiles. In several counties, the “Cherokees” had profiles identical to Georgia Creeks, and often carried Maya DNA like the Georgia Creeks. In one county, the “Cherokees” were predominantly Quechua from South America, or else mixed Quechua, Maya and Creek. Many of the residents of the Snowbird Cherokee Reservation in Graham County, NC look like the Zoque of Mexico, who created the Olmec Civilization. They are called “Moon Faces” by the Cherokees on the main reservation.

At present, the researchers at DNA Consultants seem unaware that throughout the 1600s Iberian Sephardic Jews and Moorish Conversos colonized the North Carolina and Georgia Mountains, where they mined and worked gold and silver.  All European maps show western North Carolina occupied by Apalache, Creek, Shawnee and Yuchi Indians until 1718. Most of these indigenous tribal groups were forced out in the early 1700s. Anglo-American settlers moving into northeastern Tennessee and extreme southwestern Virginia mentioned seeing Jewish speaking villages in that region until around 1800.

How the occupants of the North Carolina Mountains became a mixed Semitic, North African, European and Native American population, known as the Cherokees, remains a mystery. Slave raids may have been a factor. The 18th century Cherokees were the “biggest players” in the Native Americans slave trade. Perhaps young Sephardic females were captured by slave raiders to be concubines and wives.

It is also known that around 1693, the British put together an alliance between eight small Native towns with Creek names in northwestern South Carolina and the powerful Rickohockens of southwestern Virginia to thwart the expansion of French colonies. The modern Cherokee language seems to be a mixture of Rickohocken, Shawnee and Creek. There is obviously much that anthropologists and historians do not know about the early history of the Southern Highlands.
Posted by arclein at 12:00 AM