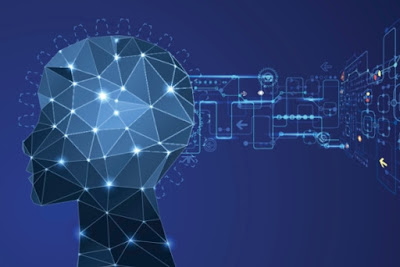 This is encouraging.  It strongly suggests a timing procedure for leaning something.  Perhaps we all need timed reinforcement. Far sooner than obvious.  In fact, i think we need to run timing experiments using language as the obvious test bed.


Very interesting and worth careful work as well to dete5rmine real distribution.

Think about the first time you met your college roommate. You were probably nervous, talking a little too loudly and laughing a little too heartily. What else does that memory bring to mind? The lunch you shared later? The dorm mates you met that night? Memories beget memories, and as soon as you think of one, you think of more. Now neuroscientists are starting to figure out why.

When two events happen in short succession, they feel somehow linked to each other. It turns out that apparent link has a physical manifestation in our brains, as researchers from the Hospital for Sick Children in Toronto (SickKids), the University of Toronto and Stanford University describe in this week’s Science. “Intuitively we know that there’s a structure to our memory,” says neuroscientist Paul Frankland, affiliated with both the University of Toronto and SickKids. “These experiments are starting to scratch the surface of how memories are linked in the brain.”

In your brain, and in the brains of lab mice, recollections are physically represented as collections of neurons with strengthened connections to one another. These clusters of connected cells are known as engrams, or memory traces. When a mouse receives a light shock to the foot in a particular cage, an engram forms to encode the memory of that event. Once that memory forms the set of neurons that make up the engram are more likely to fire. Furthermore, more excitable neurons—that is, brain cells that activate easily—are more likely to be recruited into an engram, so if you increase the excitability of particular neurons, you can preferentially include them in a new engram.

The question was, did that principle apply to two memories that happen close together in time? Neurons in a newly formed memory trace are subsequently more excitable than neighboring brain cells for a transient period of time. It follows then that a memory formed soon after the first might be encoded in an overlapping population of neurons, which is exactly what Frankland and study co-lead author Sheena Josselyn, found.

Mice who formed a fear memory—one where they were given a foot shock in a particular environment—and then formed a second memory six hours later had formed those two memories in overlapping engrams. The rodents who formed the same memories 24 hours apart had separate sets of neurons related to each memory.

Josselyn, a neuroscientist at SickKids and the University of Toronto, and Frankland’s group was also able to tinker with the link between two memories by adjusting the excitability of neurons during different time points. Mice should normally form separate memories when events happen 24 hours apart, but when the researchers re-excited the neurons in the first memory engram while the second memory was forming, they could artificially link those experiences.

When they tried to disentangle memories that happened six hours apart, however, they ran into trouble. Decreasing the excitability of the neurons in the first memory during the second event seemed to prevent the second memory from forming. “We were blown away by that,” Josselyn says. In these types of experiments, she explains, they are only ever manipulating about 10 percent of the neurons in the amygdala. If this second memory cannot form, however, that implies something is changing in the other 90 percent of neurons. Their findings mean that neurons are competing to be included in the new engram, and in this competition excitability rules. That 10 percent of neurons are the winners because they inhibit the other 90 percent—it is winner take all.

Being able to look inside a brain at this level of specificity is wholly novel, says neuroscientist Steve Ramirez at Harvard University who was not involved in the new study. “It’s the kind of research that literally 10 years ago it would have been just bananas to think that we could go in and find these memories,” he says. “The future of this research is to get a blueprint of how memory works.”

Although the researchers could only look at two memories at a time, the ultimate goal is to understand a whole network of memories. More than that, Josselyn says, the aim is to understand how memories layer on each other. Put more simply, she adds, “what is knowledge, as opposed to what is a specific memory?”

To answer that question they must enter largely untrodden territory. To date this study is only the second of its kind. Josselyn and Frankland studied overlapping memory formation in a brain region called the amygdala, associated with fear experience recollection. In a Nature article published in June neuroscientist Alcino Silva at the University of California, Los Angeles, and his colleagues found the same principle to hold true in the hippocampus, which stores more factual knowledge.

The interaction between memories is in fact a fundamental part of how we form a coherent view of the world. That is a massive goal but these experiments have pushed us in the right direction. “This is a stepping-stone toward understanding how we link information across time,” Silva says, “and I think that’s one of the great mysteries of science because behind that is our ability to understand our world.”
Posted by arclein at 12:00 AM