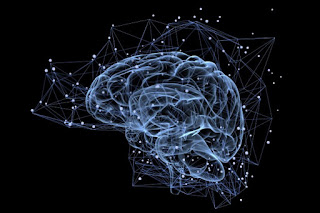 What is clear is that the spirit body withdraws from the physical aspects of cognition while the crisis continues to some form of resolution.  This experience is then recorded in physical short term memory upon resuscitation if possible.

This work clearly substantiates such an explanation.

In fact it is the most compelling argument in favor of NDE in the first instance.  In many cases the mind is damaged or in the process of being physically been altered.  Yet we get no evidence of that at all.  Clarity alone should not be possible in almost every case.
.


As clearly, this represents experimental confirmation repeated consistently of the separation of consciousness from the physical body and from physical cognition as well ( Plato's conjecture ).

In Beyond Science, Epoch Times explores research and accounts related to phenomena and theories that challenge our current knowledge. We delve into ideas that stimulate the imagination and open up new possibilities. Share your thoughts with us on these sometimes controversial topics in the comments section below.

If the mind is just a function of the brain, it stands to reason that the worse the brain is injured, the worse the mind would function. While this is what much of current brain research is finding, a body of evidence exists suggesting otherwise: under extreme circumstances, such as close to death, the mind may function well—or even better than usual—when the brain is impaired.

This suggests the mind may function independently of the brain.

One of the researchers who has been studying such cases is Dr. Alexander Batthyany, a professor of theoretical psychology and the philosophy of psychology in Liechtenstein and at the cognitive science department at the University of Vienna.

In his most recent study, published this month in the Journal of Near-Death Studies, Batthyany and his colleagues reviewed thousands of accounts of near-death experiences (NDEs) to determine the quality of vision and cognition.

He reported: “The more severe the physiological crisis, the more likely NDEers are to report having experienced clear and complex cognitive and sensory functioning.”

Part of Batthyany’s goal was to replicate earlier studies, few as they are, that have looked at the quality of vision and cognition during NDEs.

In a 2007 study by researchers at the University of Virginia, titled “Unusual Experiences: Near Death and Related Phenomena,” 52.2 percent of NDEers reported clearer vision. Jeffrey Long, M.D., founder of the Near Death Experiences Research Foundation (NDERF), found in a survey of 1,122 NDEers, that about 74 percent reported “more consciousness and alertness.”

“I felt extremely aware, totally present, sharp, and focused. In hindsight, it’s like being half asleep when I was alive, and totally awake after I was pronounced dead,” said one experiencer, as noted in Batthyany’s study.

It’s like being half asleep when I was alive, and totally awake after I was pronounced dead.

— NDEer
“My mind felt cleared and my thoughts seemed quick and decisive. I felt a great sense of freedom and was quite content to be rid of my body. I felt a connection with everything around me in a way that I cannot describe. I felt as if I was thinking faster or that time had slowed down considerably,” said another.

While Batthyany’s study confirmed, to a certain extent, the results of the previous studies that had shown an increase in cognitive and sensory functioning during NDEs, his methodology had some limitations. He said these limitations may have led to lower estimates for the percentage of NDEers who have heightened cognition.

He compiled thousands of written accounts from online repositories of experiences, such as the NDERF website, and ran them through a computer program, which identified words related to vision or cognition (such as “saw” or “thought”).

He and his colleagues then rated the quality of vision or cognition described in this smaller sample on a scale from -2 to +2. They further narrowed their study to experiences that included detailed explanations of the medical conditions that accompanied the NDEs. Only patients with cardiac and/or respiratory arrest were included in this study.

Previous studies had asked NDEers directly about the quality of their vision and cognition. Batthyany’s study, however, could only analyze the information given in general NDE accounts. So, for example, when he decided that there was “no change” in cognition or vision in some accounts, it may have been that there was indeed a change but that the NDEer hadn’t described it specifically enough to be counted.

Of the NDEers who mentioned visual perception, about 47 percent said they had enhanced vision. And 41 percent had unchanged vision, “which in itself is quite remarkable, given that these patients were in a severe medical crisis, and often unconscious,” Batthyany said in an email to Epoch Times.

Given the implications of his study, Batthyany was careful to note other shortcomings in his methodology, including the fact that online NDE descriptions may include some fraudulent reports. But, he also noted reasons that these methodological shortcomings do not likely impact his overall finding that NDEs, by and large, include improved vision and cognition.

For example, concerning the risk of including fraudulent accounts, he wrote: “On NDERF, the largest contributor of NDEs studied here, less than 1 percent of posted NDEs have been removed due to concerns about their validity. Additionally, given the sheer number of accounts, it is unlikely that fake reports have significantly biased our results in one or the other direction. One would expect fake accounts … to be prototypical of the popular NDE narrative.”

Patients who have been completely incoherent for many years seem to suddenly return to their senses shortly before death.
In addition to these NDE studies, studies on the phenomena of terminal lucidity and mindsight also support the conclusion that the mind may engage in complex conscious activity even as brain functioning severely deteriorates, Batthyany said.

He has studied terminal lucidity in Alzheimer’s patients. This is a phenomenon in which patients who have been completely incoherent for many years seem to suddenly return to their senses shortly before death.

When the brain is at the furthest stage of degeneration, the expectation would be that the ability to make coherent connections between memories and various thoughts and emotions would be so far gone that a “whole” person could no longer emerge. Yet at this time, the whole mind seems to flash through, with all its connections intact.

“Mindsight” refers to the phenomenon in which blind people report being able to see during NDEs. This has been studied, for example, by Kenneth Ring at the University of Connecticut. Ring found that 15 out of 21 blind participants reported some kind of sight during NDEs.
Hallucinations?

Batthyany noted that some scientists consider NDEs to be hallucinations produced by neurophysiological processes.

“The findings reported in this paper and cases of terminal lucidity and mindsight, however, appear to suggest otherwise in that they indicate the presence of complex and structured conscious experience during decline, breakdown, or absence of the neurobiological correlates commonly held to be causative factors of NDEs—and of conscious experience in general,” he said.

He concluded that consciousness—including a sense of selfhood, complex visual imagery, and mental clarity—can sometimes outlive altered brain functioning, including even a flatline of electrical activity in the brain.

Terminal lucidity and mindsight are very rare phenomena, but NDEs are more numerous and “our results suggest that the continuity of visual imagery, mentation, and sense of selfhood is the rule rather than the exception during NDEs.”

Batthyany wrote: “It remains for future researchers to confirm or disconfirm our informal observation through formal analysis.”

His study, “Complex Visual Imagery and Cognition During Near-Death Experiences,” can be found in Volume 34, No. 2, of the Journal of Near-Death Studies.
Posted by arclein at 12:00 AM