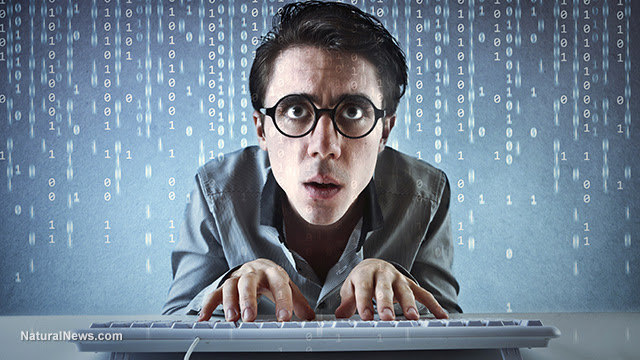 Money and power naturally all want their own tame horse in the race which we had the spectacle earlier of the seventeen candidates in the Republican race, all of whom combined were no threat to anyone.

When a gifted candidate showed up who could play rough, they all folded.  Remember though that is why they folded.  They simply did not have the talent to respond to someone able to change the rules.  That actually disqualified the works from been an activist president.  And we have had enough caretakers.

Now we have this awesome spectical in which the ultimate naturally corrupt Washington insider is aided and abetted in stopping her one opponent from beating her.  It is not supposed to be that way.  The democratic voting process obviously means nothing to these people.  And that is terrifying.  It must be fixed.

How did political operatives ever develop a sense of such entitlement that is so disruptive of the American people?

Recall that the sole reason that Trump prevailed is that he mobilized the American people.  That alone is a shock to the system.

Donald Trump scares the hell out of a lot of folks and he is certainly no policy wonk.  However he will certainly bring in a new broom to the present political system and may even find a way to reform it.  What he truly must be though is a natural delegator and task master.  That is more than good enough to change the present course of the US government.

Scaring the hell out of folks is a really great way to get what you want by the by.  Maybe a major FBI investigation into the deliberate obstruction of the voting system is due.

(NaturalNews) To anyone who has ever been called a "conspiracy theorist," the world owes you a massive apology. As the leaked DNC emails now exhaustively prove, Hillary Clinton and the DNC actually did conspire to destroy Bernie Sanders. It was a genuine conspiracy involving a multitude of people who acted in coordinated secrecy to deceive the public, destroy a candidate and coronate their chosen evil globalist (Hillary Clinton) as President.

The only thing that makes this conspiracy any different than all the other true conspiracies happening right now is that they got caught.

And now, the entire leftist media -- which is also part of the very same conspiracy to thrust Clinton into office -- is trying to distract you from all this by invoking their own hilarious conspiracy theory: The Russians did it!

Yep, suddenly now the same leftist media skeptics who ridiculed anyone even hinting that the DNC was running a conspiracy to destroy Sanders is floating its own tin foil hat theories in a desperate bid to hope you won't read any of the emails that actually leaked. Those emails, it turns out, expose the DNC and Hillary Clinton as a cabal of corrupt political mafia bosses who deeply hate voters, democracy and a free press.

The DNC even rewarded top donors with political appointments to the boards of federal organizations. If you give them enough money, they'll make sure Hillary lands you a spot in your favorite federal bureaucracy (the United States Postal Service is apparently in need of several BORED members... ha ha).

Check out some of these email findings for yourself:

Obedient MSNBC morons report "cheers" when the audience is BOOING Debbie Wasserman Schultz off the stage: (see the text along bottom of the video)

It was the Russians!

But you're not supposed to pay any attention to all the admissions of crime and corruption found in these emails. Never mind the fact that all these DNC members need to be arrested, indicted and put behind bars for 20 years to life. They're all corrupt criminals who despise democracy and use the power of their positions to rig elections and place sleazebag politicians into public office. The voters be damned!

No, you're supposed to think to yourself, "It was the Russians!" And right on cue, the leftist media is now floating the ludicrous idea that Putin loves Trump and wants Trump to win the presidency. Why is this idea so ludicrous? Because Hillary Clinton is the sellout who approve the selling of America's uranium reserves to Russian mining companies, sacrificing a strategic national resource so she and her husband Bill could collect a few more million dollars in "speaking fees." (Source: CLINTON CASH book and documentary.)

In other words, the Russians get everything they want when democrats are in power, because democrats are corrupt criminals who are willing to sell anything to the Russians (as long as the donation fee is high enough to the Clinton Foundation). Thus, the idea that Putin wouldn't want Clinton in the White House is absurd.

But this is all best said by none other than Patrick Buchanan in this WND.com editorial which I offer here as a partial reprint:

Waving off the clerics who had come to administer last rites, Voltaire said: "All my life I have ever made but one prayer to God, a very short one: 'O Lord, make my enemies look ridiculous.' And God granted it."

The tale of the thieved emails at the Democratic National Committee is just too good to be true.

For a year, 74-year-old socialist Bernie Sanders has been saying that, under DNC Chair Debbie Wasserman Schultz, the party has been undercutting his campaign and hauling water for Hillary Clinton.

From the 19,200 emails dumped the weekend before Clinton's coronation, it appears the old boy is not barking mad. The deck was stacked; the referees were in the tank; the game was rigged.

For four decades, some of us have wondered what Jim McCord, security man at CREEP, and his four Cubans were looking for in DNC Chair Larry O'Brien's office at the Watergate. Now it makes sense.

Among the lovely schemes the DNC leaders worked up to gut Sanders in Christian communities of West Virginia and Kentucky, was to tell these good folks that Sanders doesn't even believe that there is a God. He's not even an agnostic; he's an atheist.

"Does [Bernie] believe in a God. He has skated on saying he has a Jewish heritage. I think I read he is an atheist. This could make several points difference with my peeps. My Southern Baptist peeps would draw a big difference between a Jew and atheist."

In 1960, John F. Kennedy went before the Houston ministers to assert the right of a Catholic to be president of the United States. Is the "Marshall Plan," to quietly spread word Bernie Sanders is a godless atheist, now acceptable politics in the party of Barack Obama?

If Marshall and Dacey are still around at week's end, we will know.

The WikiLeaks dump came Friday night. By Sunday, Clinton's crowd had unleashed the mechanical rabbit, and the press hounds were dutifully chasing it. The new party line: The Russians did it!

Clinton campaign chief Robert Mook told ABC, "experts are telling us that Russian state actors broke in to the DNC, took all these emails, and now they are leaking them out through the Web sites. … some experts are now telling us that this was done by the Russians for the purpose of helping Donald Trump."

Monday, Clinton chairman John Podesta said there is a "kind of bromance going on" between Trump and Vladimir Putin. Campaign flack Brian Fallon told CNN, "There is a consensus among experts that it is indeed Russia that is behind this hack of the DNC."
Posted by arclein at 12:00 AM