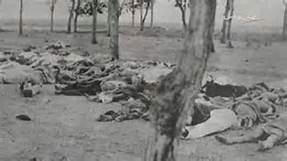 The fundamental reason that the West choose to not confront these crimes back in the day was the belief in Western superiority and its hand maiden of institutionalized racism. It was the Jewish genocide that finally broke that spell and brought about a reformation in attitudes and teaching in the West but not obviously with the Rest..

Today we do confront it but not with enough intent. We allow ourselves to be distracted in order to avoid making hard decisions.

The truth is that the only moral reason for going to war is to protect threatened minorities by eliminating the political structures that produced the threat. This means regime change and establishing natural safe havens for all peoples. On this basis, most nations can and will be confronted plausibly leading to a general change of attitudes globally.

I have extensively commented on the Palestinian situation and can leave that alone. However let us address Latin America. There an unnatural Colonial elite have effectively lorded it over the native population without making an effort to bring them into modernity. That is a consistent general concept that we can address. It must end and modernity itself it now largely forcing the pace.

The problem is that it is likely to be messy. Yet we understand the end result. The trick is to isolate the political process from the economic progress. This is actually what happened in China. The political masters effectively stepped back and allowed economic improvement to alter the landscape and the bribes kept everyone quiet.

Confronting Islam can be done exactly the same way except it will entail strongly rewriting women's rights in particular to modernity and building sanctuary city states to protect minorities of all kinds...

We just have not accepted yet that this may demand a world war to accomplish that and having one of those without the plan described is simply murder as is experienced in Iraq and now Syria and Libya.

It came first with a tax and a set of laws. The Ottoman, seeking to further cement its Iron fist from the Sultanate, fearing growing issues in Europe and desiring a means to motivate the growing social revolutionary youth class, found their savior in creating the long thorn in their side- the holdouts of a conquered culture, the remaining scaffolds of the Eastern Orthodox Church and the Eastern Roman Empire among the Armenian minority population.  Islam had tolerated them though repression, but as the winds of change began to blow with a new generation, so did the attitude towards the Dhimmi.

Among the youthful Marxist-inspired revolutionary class, an unholy marriage of marxism and Islam was created. The Young Turks, as they became known, sought solidarity throughout the Ottoman Empire. Dhimmis were thus not allowed to own any new property, and what property was owned could no longer sit on higher elevations than their Saracen counterparts. Ethnic schools began to be first heavily taxed then put out of business, and those which refused were killed quietly. As word began to spread, awareness among the oppressed grew. But as the proverbial boiling pot analogy goes, there was little escape.

By this time, in the second decade of the Twentieth Century among the meat grinder of World War I, a final solution to the cultural dilemma was realized based upon the model created first in the progressive United States and then in British South Africa with the Boers; the Concentration and mechanized extermination of those who refuse to submit. The Turkish model differed however; instead of the creation of camps, outright murder would prove a method more palatable.

Prisoners of another minority class, the Kurds, were released and armed, told they’d be exonerated if they killed on behalf of the Ottoman, not unlike the Saracen Janissary of yore. And kill they did. Wanton murder became the norm, and the press created a sensation of this brutal gang running amok in the countryside senselessly targeting the Christian minority. Under the auspices of protection, the Ottoman Gendarme was invited into the holdout villages. They soon joined in the destruction as two pincers of a machine.

Pictured above was often the result- crucified women and children in a profane offense to their religion, while the men were forced to watch and later executed. The Ottoman, like most things coming from the Islamic world, was brutish and incompetent; a good number escaped despite their best efforts. The much maligned Kurds of Northern Iraq, some of which complicit in the genocide, also protected the fleeing Armenians and secured passage to other parts of the world.

It is not there that this tale ends; although the Ottoman Empire was broken and the remaining Armenians in the far eastern regions created a new nation and aligned with the Warsaw Pact for protection, this history is still being written today. While any Western school child can tell you anything about the Nazi’s plan of WWII, none are taught anything about the models by which it was built upon, or the other populations which suffered under the boot of tyranny. They are not taught the propensity for violence inherent in both Islam and Marxism; conversely praise is offered along with derision for those cornerstones of Christianity which have moved mountains. Our president refused to acknowledge the genocide on it’s hundred year anniversary in 2015- a terribly significant act but one which went unnoticed by a complicit press and a rabidly ignorant populace. A false coup in Turkey further cemented the power of a man seeking to recreate the glory days of the Ottoman Empire Caliphate, as he says as much. We have a generation of young marxists who see little issue with Islam or the evil at it’s root; as long as it’s profane to the righteous, it matters not by which means control is gained.

To survive, the Lassiez-faire attitude of certain “Libertarians” towards religion must end. Though controversial, this statement is irrefutably true through every historical example. Islam is utterly incompatible with the West and any free people. And Christianity is that which cements and galvanizes a culture. Look about the regions which currently see the greatest cultural siege and tell me this is not true. Although not an essay on dogma alone, this fact cannot be ignored; however anyone refuting such should be, thus. I seek to remind you who disagree, that in the absence of a rooting or unifying culture no movement can or will ever gain traction.The left has it; the right simply has reaction.

This has been an incredibly difficult article to write; I buried my Grandmother yesterday. This story was hers, of a people whom history forgot, and at a time where those reigns seem to be re-forming. She lived to see the Coup of Ergodan, and despite her increasingly frail state, knew the larger plan at work. The faces may change but the people do not, and might I remind you all, the groundwork here at home has already been laid. Don’t say it can’t happen.
Posted by arclein at 12:00 AM