Charisma is a Mysterious and Dangerous gift 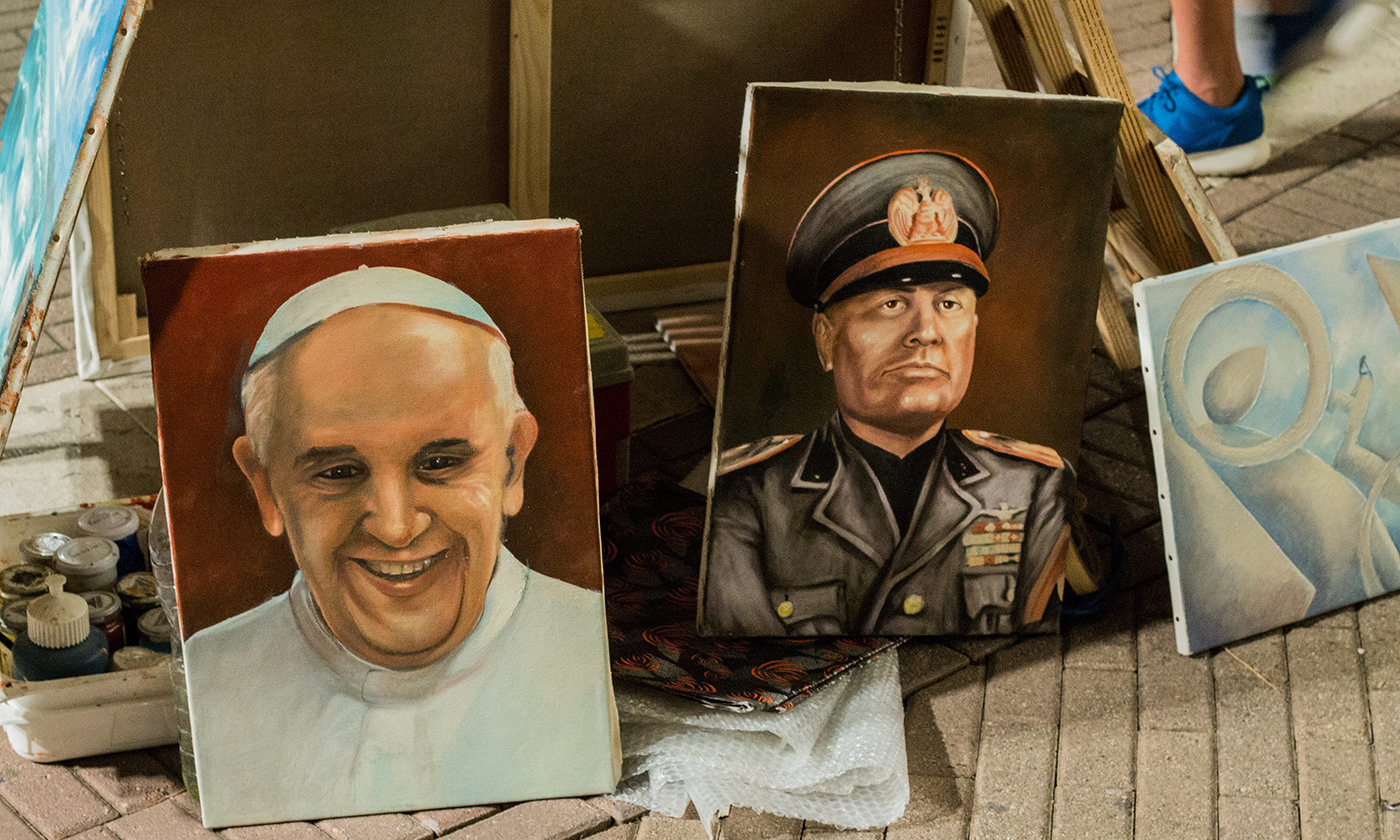 There is something remarkable here.  St Paul recognized the full battery of spiritual talents and included those of community service surely to insure no one was possibly excluded.   Leadership remained in the hands of the emergent preachers and remains there to this day.  Nothing wrong with all that but it led to a lower respect shown to innate talent including that of simple service.

The critical take home is that all spiritual talent has a clear home in the religious community and needs support and understanding.
What should become clear is that spiritual talent is actually specific and can be exactly described under one proper umbrella.  It entails communion with a spirit(s) and the ability to ask for service properly.  This may expand naturally into healing skills and other useful talents but nothing is going to occur unless you have cooperation from your own spirit at the least.

Thus political charisma can be seen as the ability to reach out and communicate spiritually with your entire audience on a spirit to spirit basis..
.

Charisma is a mysterious and dangerous gift

Charisma is easier to recognise than to define. Newspaper and magazine articles consistently identify charismatic leaders – such as John F Kennedy, Martin Luther King Jr, Barack Obama – but those same articles rarely describe exactly what charisma is. It is often debated whether charisma is necessary for a ‘transformational’ leader, while shelves of self-help books optimistically promise to impart the ‘secrets’ of charisma. Other people hold that charisma cannot be ‘unlocked’ or ‘discovered’ at all because it is innate and present only in the rarest of individuals. So, to ask anew, just what is charisma?

Charisma’s origins are found in the letters of Paul the Apostle, written from around 50 AD. This is the first written use of the word ‘charisma’, derived from the Greek ‘charis’ (grace). For Paul, charisma meant ‘the gift of God’s grace’ or ‘spiritual gift’. In Paul’s letters to the fledgling Christian communities spread around the Roman empire, he wrote of the ‘charismata’ or spiritual gifts available to each member of the community. He identified nine charismata, including prophecy, healing, speaking in tongues, interpreting that speech, teaching, and service – a range of gifts both supernatural and pragmatic.

For Paul, charisma was a mystical notion: the gifts were thought to alight on each individual without the need for church authority or institution. And there was no charisma of leadership: the interlocking charismata were meant to serve the community without the need for an imposed leader. By the fourth century, however, the Church had largely suppressed the notion of charisma deriving directly from the Holy Spirit. Conveniently, in its place was a hierarchy of Church leadership, with bishops at the top, interpreting the fixed religious laws inscribed in the newly authorised Bible. Charisma survived only in heretical outposts, such as prophets claiming direct inspiration without the mediations of bishop or scripture. Such heresies were forcibly repressed by the Church.

The idea of charisma then lay largely dormant for centuries. Only in the writings of the 20th-century German sociologist Max Weber was it reborn. In fact, we owe the contemporary meaning of ‘charisma’ to Weber, who took Paul’s religious idea and secularised it, placing charisma within a sociology of authority and leadership. For Weber, there were three types of authority: the rational-legal, the traditional, and the charismatic. Weber saw the charismatic form of authority as the revolutionary, even unstable, antidote to the ‘iron cage’ of rationalisation found in the contemporary ‘disenchanted’ world. He held that there was something heroic about the charismatic leader, who galvanised followers with great feats or with the ‘charisma of rhetoric’ found in inspiring speeches.

Weber defined charisma as ‘a certain quality of an individual personality by virtue of which he is considered extraordinary and treated as endowed with supernatural, superhuman, or at least specifically exceptional powers or qualities’. He traced charismatic leadership through history, in the person of great military or religious leaders – and also held out the hope that charismatic leadership would continue to emerge, even in the highly regulated bureaucracies of the modern world.

Weber died in 1920, and did not live to see the application of his idea to contemporary politics and culture. Perhaps that’s a good thing, since the first political leaders to be described as charismatic were Mussolini and Hitler. For many European intellectuals, this created the sense that charismatic authority had a sinister dimension. That same dark side of charismatic leadership long remained: 1960s cult leaders such as Charles Manson, with their spellbinding hold on followers, were readily termed charismatic. By this point, Weber’s works had been translated, so that ‘charisma’ was popular in the English-speaking world from about the 1950s.

The first politicians that the media identified as charismatic in a positive, rather than demagogic, sense were JFK, and his brother Robert F Kennedy. After the 1960s, ‘charisma’ moved more into mainstream usage as it was applied to outstanding individuals other than political leaders: the late Muhammad Ali, for instance, was perhaps the most charismatic of all.

Today, charisma is used to describe a range of individuals: politicians, celebrities, business leaders. We understand charisma as a special, innate quality that sets certain individuals apart and draws others to them. It is considered a rare, specially endowed quality: in US politics, for instance, Bill Clinton was thought to have a charismatic presence, as is Obama – but nobody else in recent political memory earns the accolade. In business, Steve Jobs is the archetypal charismatic leader: visionary, driven, but also volatile and unstable. And in celebrity culture, charisma is regarded as a sign of rare authenticity when much of the entertainment industry is devoted to the plastic manufacture of fame in the manner of Idols or The Voice. Charisma cannot be created by reality TV.

Is charisma even desirable in contemporary politicians? The political biographer David Barnett has called charisma ‘one of the most dangerous concepts in a democracy that you can find’. Charismatic leaders can inspire followers with soaring rhetoric – which can also prove divisive and damaging to a party’s (or a nation’s) fortunes. Political parties are generally content with popular, unthreatening, folksy leaders who appeal to ordinary people. In Australia, Paul Keating was a charismatic, visionary prime minister, but also a schismatic leader who alienated much of the Labor Party’s traditional ‘heartland’ with his perceived arrogance. His successor, John Howard, was universally regarded as charisma-free, but his very ordinariness turned out to be his greatest asset: it was a reassuring rather than threatening style of leadership. Meanwhile in Italy, Silvio Berlusconi was a populist leader whose tenure as prime minister was deleterious for democracy. The charismatic leader might be thrilling, even captivating, but the success of that leader might not leave a political party, or a democracy, in a healthy state.

‘Charisma’, as an idea, spans 2,000 years. Is there a link between contemporary charisma – considered a special form of authority – and the religious charisma of Paul’s time? It lies in the notion of innateness, of the gift. Paul said that no bishop or Church required the blessing of charisma: it simply lighted on the individual, as a spiritual gift. Charisma today is enigmatic, an unknown or X factor, somehow irreducible. Nobody knows why rare individuals are blessed with charisma: it remains, as ever, a mysterious gift.
Posted by arclein at 12:00 AM