The first documentary movie on CCP virus, Tracking Down the Origin of the Wuhan Coronavirus 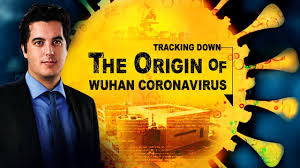 Do watch this.  I do not expect the basic facts here to change at all.  What is clear is that the CCP ordered their spies to collect key elements of research been done in the USA by way of a key Canadian lab in order to fully weaponize it.  I consider it likely that the virus had been brought up the necessary standard without the last step that allowed it to work with humans.  From this item  you can see how.

This last step was nicely accomplished in the Wuhan lab.  All these labs have a sloppiness problem that is completely natural.  It takes intense training to avoid slopiness and no one usefrul would tolerate it.  So yes  it may well have escaped back in October.

Much more likely, it was then deliberately distributed by DEEP STATE agencise in an effort to create events in every contry.  It has simply been far too successful.

Or alternately, it is hugely transmitable but not nearly so dangerous as we think..  In that case we all may now be carriers, but below detection treshold.

The CCP was intimately involved with the creation of a live weaponized virus and  its ultimate distribution.  This has been the final step not pursued by other labs.  We hope of course.  After reading about the idiots playing with plutonium back in 1946, i no longer trust young grad students.  Two of them managed to kill themselves by sneaking in at night to take an experiment to conclusion.

The first documentary movie on CCP virus, Tracking Down the Origin of the Wuhan Coronavirus