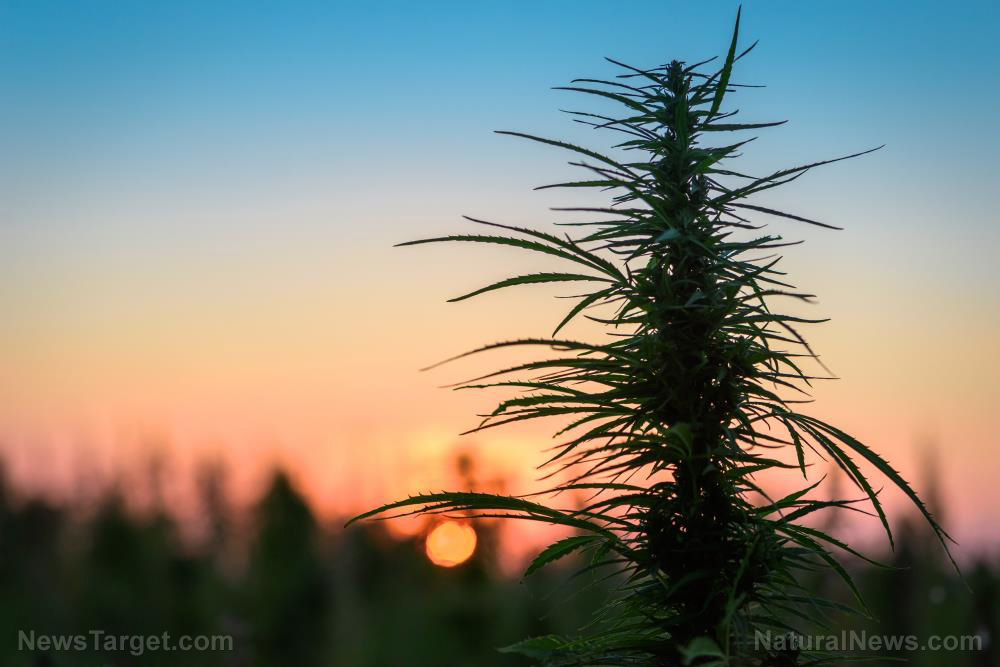 What this opens is a pathway to product that can sensitize those insulin cells and in the process end the spiral into diabetes.  We may even be able to simply grow it.

Here is an anedotal story by way of a sister in law now an octogenarian.  She had been treated with serious dope that essentailly knocked her out.  Understand that she knows nothing about all this and would hardly be an easy candidate for anything to do with Marijuana.

It was  recently reported that she has switched over to CBDs with excellent results and no negatives.  This tells us that the doctors themselves are now in  full revolt.  Obviously your first choice should be a CBD as against any Opiode. This tells me that useful knowledge is now driving clinical change without a bye your leave to the deeply compromised Big Pharma.
.

(Natural News) Italian researchers have identified a novel compound in some varieties of cannabis that they say has the potential to forever change the way we prevent and treat diabetes.

It is known as cannabimovone, or CBM, and a new paper published in the journal Molecules explains how it might be able to naturally help sensitize cells to insulin.

A rare compound compared to tetrahydrocannabinol (THC) and cannabidiol (CBD), CBM was first isolated back in 2010 from a type of hemp grown in Italy. Most other strains have little, if any, of it, but that is not to say that it could not be more widely cultivated through cross-breeding.

While it is known that both THC and CBD possess insulin-sensitizing effects, almost nothing is known about CBM – until now.

Previously, the only known biological target for CBM was TRPV1, the receptor that allows a person to feel the heat of capsaicin, one of the active components in hot chili pepper. However, we now know that the compound sensitizes cells to insulin, making it a potentially viable candidate for keeping blood sugar levels in check.

CBM also encourages the expression of PPAR? (proliferator-activated receptor gamma), a receptor that plays a critical role in regulating lipid and glucose metabolism, as well as energy homeostasis. It can be found all throughout fat tissue, and its activation is how the body manages insulin sensitization and blood sugar levels.

Many diabetes drugs have been developed over the years that specifically target PPAR?. But as you might expect, they are all inadequate and many of them come with harmful side effects.

Thiazolidinediones, or TZDs, are one prominent example of this as they contribute to greater risk of heart attack and osteoporosis. TZD’s are simply too strong, which is why the pharmaceutical industry has been trying to develop a less-potent alternative.

But it would seem as though this is completely unnecessary if CBM truly is effective in the way that in vitro research suggests. And the best part is that it doesn’t harm the liver or any healthy cells inside the body, making it a viable candidate for safe and effective wellness.

CBM works better than pharmaceuticals at keeping diabetes at bay while also encouraging the expression of PPAR?

When compared to commonly used diabetes drugs, CBM pulled through with flying colors. CBM effectively sensitized cells just as well as its FDA-approved counterparts, while also encouraging the expression of PPAR?, making it better than any known pharmaceutical.

Given, this was all in cell models, meaning it will still have to be tested in animals and humans. But because CBM is a completely natural part of the cannabis plant, chances are it meshes well with human biology and chemistry in a way that no chemical drug ever could.

One thing seems sure at this point: CBM isn’t going to hurt you, so consuming it – assuming you can even find it – based on this one standalone study is a pretty safe bet. You’ll also more than likely be consuming it in entourage with the many other constituents naturally found in cannabis, which possess their own unique health benefits.

You can learn more about the many scientifically backed health benefits of the cannabis plant, which needs to be immediately removed from the Drug Enforcement Administration’s (DEA) Shedule I prohibition classification, at MarijuanaToday.news.

You can also learn more about other ways to keep yourself healthy naturally by checking out NaturalCures.news.