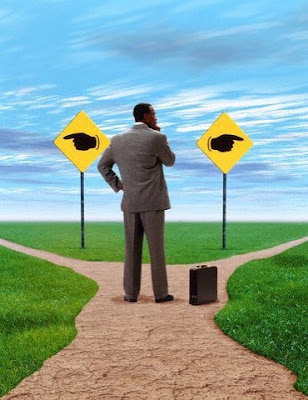 This is an important question simply because we observe a preference in our empirical understanding of particle physics.  It naturally begs the question of just where is the other plausible possibility.

Our understanding of the first act of creation which is actually the creation of the first fundamental particle and also the creation of Time itself informs us of just how this can work.  We use the analogy of a balloon of 3d space been twisted into two sub balloons to form our natural binary  fundamental particle.  This twist can be either left or right, but it is a choice of the observer.

My point is that this choice is imposed by the act of creation.  This implies that alternate creations can have other choices.

This act of creation is induced orthoganally over and over again to produce our known neutrino particle inscribed within a four sided tetrahedron.  What is importat to understand though is that this initial act of creation collapses a larger geometry and  the act itself releases that surplus geometry as a residual that i prefer to describe as bounded 2d geometry or curvature.  There is plenty of 3d going on here but it is not  sub light which is true for our particle pair of creation.

All this produces a sphere  of boundedness that allows additional decays to produce an expanding flood of particle pairs in its wake.  Obviously the decay particles are in one case clearly sublight while the rediduals are traveling at light speed.

This leads to an important understanding.  Any such creation will produce a  blob of matter at its center that can be seen at a vast distance.  This is a great description of a galaxy.  We can thus conjecture, without knowing anything else about the whole process, that all galaxies are independent acts of creation.  And we can see them.


Now let us add one other twist that is important.  If you chose to create a universe, it make no sense to creat one in the here and now of TIME.  Who wants to wait for the future to arrive?  More sensibly, you reach back to the early beginnings of the universe to set your own beginning and open a void and then proceed accordingly.  Again all this is a clear act of consiousness.


What is marvelous is that a clear understanding of the nature of creation and the direct relationship with consiousness gives us both TIME and the universe of Galaxies we now see.  We have added no additional assumptions here in order to produce it.

1        3d manifold which is assumption free geometry
2        The inverse of mathematical infinity is a very small number.
3        Consiousness exists  and by natural extension the operation of observation and is truly the beginning and the end as it exists outside TIME but expresses itself through the operation of TIME.
4        Symbolic Logic applies and the sixth operator is best called the GOD operator in which choices are judged.


It is amusing that i cannot rule out either left or right for those other galaxies.