Over 35,000 Malnourished, Caged Children Rescued Out of US Tunnels by Military 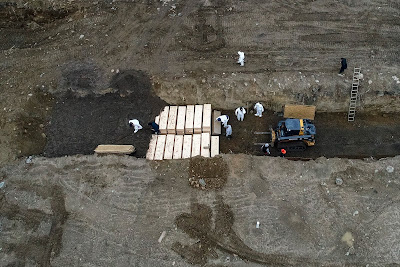 First of all, understand that none of this may be true.  The reason   that I am posting is that we are now getting hard numbers.  Thirty five thousand victims so far.  That is the likely upper bound for USA operations generally.  all my own calculations and speculations going back decades suggested far lower numbers, but still around a likely 10,000 or so.  So 35,000 is cactually well within the magnitude ball park.

I have posted that we are at war.  The hard part that this reflects is the pointy edge where men are dying.  You can be sure these systems had hard points to station combatant loyalists.  For that reason it is reasonable that operations have been ongoing for months and certainly since last November when China Lake became public.

This is an ongong penetration operation and we have medical facilities in place and mass graves as well.  None of that can possibly be related to our pandemic whose death rate at best can hardly tax our system.  The point is that plenty of bodies are coming up that will never sport a death certificate and secrecy must be maintained.


We are seeing ample evidence that what was predicted is happening and that it is also going well. The physical plant is astounding and completely unexpected, but then they had decades to build it all.  It is now been systematically looted and collapsed to prevent it ever been available again.


I am looking at posting extensive material regarding the history of this, but i did not want to start that without having this surfacing.  It is otherwise too completely unbelievable.

Over 35,000 Malnourished, Caged Children Rescued Out of US Tunnels by Military

Over 35,000 malnourished, caged and tortured children have been reported rescued or found deceased in underground tunnels beneath large US cities including one beneath New York Central Park, “with more coming” according to reporter Timothy Charles Holmseth of the Pentagon Pedophile Task Force on 3 April.

Traumatized children, some of whom have never seen the light of day, pregnant preteens, deformed babies, piles of little corpses whose bodies were apparently used for organ harvesting, children locked in cages, electro-shocked and traumatized in order to harvest their blood – Adrenochrome for the elites to drink – were being carried out of the tunnels by Marines.

Apparently for months a secret US Military operation has been sweeping an extensive network of underground tunnels across the US and into Canada and Mexico to rescue thousands of horrifically abused children. Recent operations centered beneath major cities in New York, California, Florida and Washington. Intel video on Tunnels:


A 69 year old Nurse working with the Corona Virus Medical Unit in NY Central Park reported that they were treating severely traumatized and abused children rescued from tunnels beneath New York City. She said that the rescue operation was using the Navy Medical ship sitting in the New York Harbor.

The sordid stories were hitting the Internet through Social Media, though the shocking stories were not being picked up by our Cabal controlled Mainstream Media.

On Wed. 16 Oct. 2019 that same Pentagon Pedophile Task Force reported an unbelievable 2,100 children being held in cages in underground tunnels at the California China Lake Military facility were rescued by Navy Seals and US Marines. The children and teens were said to have been sexually abused, tortured and killed to collect their adrenaline. Most were believed abducted by California Child Protective Services. The military operation involving 10,000 troops was reported by Holmseth and released by a Pentagon Commander who was head of the rescue.

The Pentagon Pedophile Task Force was assisting with intelligence and would continue to report on developments.

Before It’s News® is a community of individuals who report on what’s going on around them, from all around the world.
Posted by arclein at 12:00 AM