COVID-19: A Diabolical US Anti-China Plot? 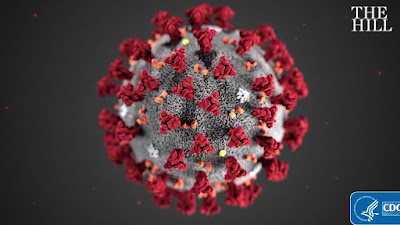 Let us make it simple.  The Corona viris is an obvious biological to weaponize.  Thus it was essentailly weaponized.  At that point it was taken one step short of been a working weapon.  Most likely every level four lab has such samples.  For that reason alone, when the Wuhan lab was created, spies would have worked on acquiring an inventory of such samples.


From that point it is as simple as a student doing a private experiment for something to go wrong.  So no blame to anyone needs to be assigned.


My main point is that student error and outright slopiness is the highest possible cause of this event.  All that also opens the door for DEEP STATE  actors as well and that is unfortunately supported  by the timing.  Recall that the DEEP STATE is embedded in china and here.

Throw in that all the scientists know each other as well.

COVID-19: A Diabolical US Anti-China Plot?

Is it coincidental that the first widely reported COVID-19 outbreak was in China — even though it occurred last year in Hawaii and maybe elsewhere before showing up in Wuhan?

It's unknown if the virus was natural or man-made, the latter very much possible, perhaps originating in a US bio-lab.

The US has a long disturbing history of bio-and-chemical warfare, waging it against Native Americans, during its Civil War, in WW I and II, and all its wars thereafter against invented enemies to the present day — along with homeland experiments.

Since at least the early 1940s, the US conducted research, development, and testing of bioweapons at Fort Detrick, MD, later at Los Alamos and Lawrence Livermore labs, Pine Bluff, AR and Dugway Proving Ground, UT.

Biological agents were introduced in New York, San Francisco, and other US cities to learn the effects of germ warfare.

The history of US development and use of banned weapons is long and disturbing.

Arsenals of chemical, biological, radiological, and other banned weapons are maintained by the Pentagon and CIA.

International law bans use of chemical, biological, and radiological weapons, the latter used by US forces at least since the preemptive 1991 Gulf War.

Depleted uranium weapons are radioactive, chemically toxic and poisonous, yet used in all US wars of aggression since GHW Bush's aggression against Iraq.

No evidence suggests COVID-19 was made in a Chinese lab or originated from bats or other wildlife.

Was it made in the USA? US intelligence and the Pentagon have known for years about possible coronavirus outbreaks that could spread widely in the US and elsewhere.

COVID-19 shares common symptoms with seasonal flu/influenza that infects millions of Americans annually, hospitalizes hundreds of thousands, and results in tens of thousands of deaths — with no fear-mongering/screaming headlines.

Both are communicable diseases, COVID-19 more contagious by a factor of about 2.5 to 3.5, why precautions for personal safety are warranted.

Older individuals, anyone with a weakened immune system, and others with significant health issues are most vulnerable to serious illness from COVID-19.

According to Healthline.com, from 25 - 50% of COVID-19 infected individuals may be asymptomatic.

Iceland researchers reported that around half of individuals who tested positive for the virus had no symptoms.

That's good news for them, worrisome for their ability to unwittingly spread disease to others.

The same goes for epidemic-level seasonal flu and numerous other infectious diseases that do not reach epidemic levels in developed and most other countries.

Because COVID-19 is much more contagious than influenza it's wise to take protective measures if in a high-risk group.

The economic, political, and geopolitical fallout from what's going on is far more serious than contagion that will pass.

Evidence one day may show that that US dark forces were and remain responsible for unleashing COVID-19 and its accompanying fear-mongering to further its objectives — domestic and geopolitical.

The former is all about the largest ever wealth transfer from ordinary Americans to privileged ones, along with greater erosion of human and civil rights for enhanced population control.

The latter appears primarily to target China, a nation heading toward surpassing the US as the world's leading economy in the years ahead.

It's also a likely attempt to reverse US decline while other nations are rising, notably China.

It's US public enemy No. one because of its growing geopolitical influence — establishment media allied with US dark forces in vilifying the country.

Last week, the NYT falsely accused China of growing "nationalism and xenophobia," claiming "foreigners are being shunned, barred from public spaces and even evicted (sic)."

China leads the world in combatting COVID-19. It's all-out efforts reduced outbreaks to a trickle.

Like other countries, it's playing it safe until the virus is fully contained and no longer a threat to anyone, a short-term policy to ensure public health.

In its latest edition, the Times arrogantly said "(t)he US tried to teach China a lesson about (the) media, but it backfired."

The above refers to Times, Washington Post, and Wall Street Journal correspondents expelled from the country, including from Hong Kong and Macau.

Its authorities responded to Washington's "unwarranted restrictions on Chinese media agencies and personnel in the US…subject(ing) them to growing discrimination and politically-motivated oppression."

In February, the Trump regime "designated five Chinese media entities in the US as 'foreign missions' and imposed a cap on the number of their employees, in effect expelling Chinese journalists from the US."

Beijing imposed "reciprocal measures" on US correspondents because of "unreasonable oppression the Chinese media organizations experience in the US" — what the Times and other establishment media failed to explain, including the following Chinese Foreign Ministry remark:

"What we reject is ideological bias against China, fake news made in the name of press freedom, and breaches of ethics in journalism."

"Should the US choose to go further down the wrong path, it could expect more countermeasures from China."

US fake news about China and other sovereign independent countries on its target list for regime change is longstanding.

A WaPo editorial last week falsely accused China of spreading COVID-19 globally, along with "cover(ing) up the truth as the virus spread (sic)."

A WSJ report was similar, quoting Senator Rick Scott, calling for a congressional investigation into the alleged WHO's "role in helping Communist China cover up information regarding the threat of the coronavirus."

Over the weekend, Trump warned of "consequences" if China was "knowingly responsible" for spreading COVID-19, adding:

"It could have been stopped in China before it started and it wasn't, and the whole world is suffering because of it (sic)."

His weekend and earlier remarks were all about falsely shifting blame to China for his own failings and malfeasance.

If evidence proves the novel coronavirus to be a US bioweapon unleashed at home and abroad, it'll be covered up to wrongfully shift blame to China.

It's part of US war on the country by other means, what's likely to intensify ahead.

My newest book as editor and contributor is titled "Flashpoint in Ukraine: How the US Drive for Hegemony Risks WW III."

http://www.claritypress.com/LendmanIII.html
Posted by arclein at 12:00 AM