Which Is the World's Most Generous Country? 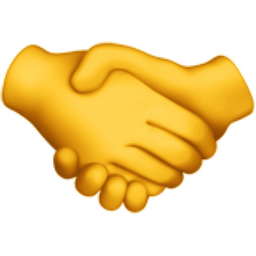 This is completely unexpected.  Perhaps we are simply getting better at measuring all this. After all most charity is very private.

It is also an excellent counter to the oddity of low Islamic response during Natural disasters.  This informs that other factors are at work such as media awareness or censorship and the inability to act through institutions.
Charity must be learned or even unlearned from the example of others.  We now live in an emerging global civilization in which we all have a surplus of some sort.  Those that do need our help, often need it in the form of the non material.  We almost need to develop a culture of evolving charitable behavior that we celebrate.
An Act of Charity - AAC - .
.
Which Is the World's Most Generous Country?
By Erin Cook

Indonesia’s income lags behind that of many other countries, but its magnanimity doesn’t.


The leaders of RW 03 Tugu Utara, a community group in North Jakarta known by its address, have spent many nights surrounded by piles of coins and boxes of instant noodles. Sorting cash and securing bags of rice are endless tasks in Indonesia, which sits along the Pacific Rim and is regularly hit by earthquakes and volcanic eruptions.


When tragedy strikes, Indonesia swings into action. Despite its gross domestic product per capita ranking 127th in the world — and the fact that 1 in 10 people there still lived below the poverty line as of 2017 — the country has earned a reputation for giving. In fact, according to the 2018 World Giving Index, which tracks how many people donate money, volunteer their time or help out strangers in need …

Indonesia is the most generous country in the world.

In 2010, when the first World Giving Index was published, Indonesia ranked just 50th. But last year, 205 million Indonesians, or 78 percent of the country, say they donated money. The country’s score was five points above its five-year average between 2014 and 2018, according to George Young, senior media relations officer for the Charities Aid Foundation, which produces the index. That puts Indonesia in a league of other fast-growing givers, like Kenya, Australia and Singapore — the last of which has a far higher GDP per capita than Indonesia and still ranks at only 30. “[Indonesia] has been performing near the top for some time, while doing slightly better this year … and benefiting from Myanmar’s considerable drop in the rankings,” Young says.

Myanmar’s drop has been sharp. It’s been ranked No. 1 since 2014, but fell to seventh in the 2018 index, most dramatically on volunteering — which dropped from 51 percent to 34 percent. CAF analysis suggests that Myanmar’s increasingly tumultuous political situation, particularly the Rohingya crisis that peaked during the 2018 index, has likely made people “less willing or less able to give.”

But it’s the response of Indonesia to events like the Rohingya crisis that have seen it reach the top. Many of Indonesia’s 225 million Muslims donated emergency-aid funds to drives run by mosques and local Islamic community groups in one of the country’s largest-ever demonstrations of a close-held belief that the Muslim world must help its own. But it would be facile to assume religion is the main driver behind Indonesia’s willingness to donate cash and volunteer time.


“Satu Indonesia,” says Josuwa Ramos, who leads fundraising initiatives for RW 03 Tugu Utara. The phrase means “One Indonesia” and underpins the belief that Indonesia is “one family,” he explains. He has been busy these past 12 months with a string of devastating natural disasters killing thousands and upending the day-to-day operations of whole provinces across the archipelago. Knocking on doors or car windows in the city’s notoriously clogged streets has allowed the group to raise hundreds of dollars for necessities, from fresh water to women’s sanitary products.

Ramos and his colleagues Imam and Nanang — who both go by one name — are surprised to learn Indonesia is a world leader when it comes to generosity. It’s just what you do, they say. They are quick to debunk persistent assumptions explaining Indonesia’s ranking. “It’s not about religion,” Ramos says. Indonesia is highly religious, with all citizens required to identify as one of five recognized religions. The top four — Islam, Christianity, Buddhism and Hinduism — all require adherents to make donations in some form.

“Zakat is different,” Ramos says of the Islamic practice of donating money during the holy month of Ramadan. “That’s only for the holy month, but we donate for everything. We’re Muslims, but we raise money for poor Christians in the community for Christmas. For disasters, we don’t care what religion they are.” It’s an important rebuttal in a country where religious intolerance has recently been in the headlines.

Lack of trust in public institutions is also commonly cited as an incentive for Indonesians to take matters into their own wallets, though Indonesia routinely scores relatively high on surveys of confidence in government — as in a 2017 Organization for Economic Cooperation and Development survey in which 80 percent of Indonesians said they trust their government, a higher proportion than reported by any other nation. Government response to national disasters has been in the international crosshairs following the Lombok and Sulawesi disasters last year. But for RW 03 Tugu Utara — and the hundreds of micro-organizations like it — government agencies are also vital.

Ramos’ group tried to make a trip to Sukabumi, West Java, after its recent deadly earthquake and subsequent landslides — but, he says, the roads were too bad, so they left their supplies with local responders. The archipelago’s sheer size along with logistics issues in the immediate aftermath of disasters means funds collected from the local community will be directly given to government-approved agencies or reputable Indonesian charities.

With the national disaster agency already warning that 2019 will be a bumper year for disasters, donation drives can seem like endless work for the network — but that is no reason to slow down. “Satu Indonesia. One family,” Imam says solemnly.
Posted by arclein at 12:00 AM