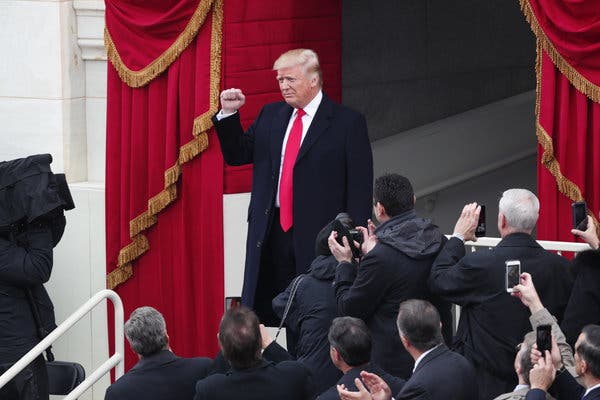 What makes this odd is that it is seriously reckless.  I do suspect now though that what is really happening is that the DEMs are been encouraged everywhere to overreach in order to establish plenty of precedent.  As of this week. the DOJ will be completely restored to its full and awesome power and integrity.  It took all two years.

For the past two years, the Trump administration has been routinely hassled with at best vexatious judicial assault none of it bearing fruit.  At the same time we have had a very public discussion and investigation of the various criminal actions taken by the past administration(s).  Now all those wonderful precedents can be rotated 180 degrees and applied to the whole litany of DEM political criminality while the GOP is nicely covered by previous resolutions or exonerations or at worst an ongoing action already compromised.

It is obvious that the new AG will take down all the public criminality in a very public manner and that this will utterly hamstring the DEMS for the next two years.  After all, just how much brand rebuilding went on the past two?

At the same time we all understand that those 70,000 plus sealed indictments are now been processed as much as possible (10,000) through military tribunals under a cloak of secrecy.  This cannot remain secret much longer and seeing all those smiles on GOP senators tells it all.

Escalating one of the investigations into President Trump’s inaugural committee, federal prosecutors ordered on Monday that its officials turn over documents about donors, finances and activities, according to two people familiar with the inquiry.

The subpoena seeks documents related to all of the committee’s donors and guests; any benefits handed out, including tickets and photo opportunities with the president; federal disclosure filings; vendors; contracts; and more, one of the people said.

The new requests expand an investigation prosecutors opened late last year amid a flurry of scrutiny of the inaugural committee. And they showed that the investigations surrounding Mr. Trump, once centered on potential ties to Russia during the 2016 presidential election, have spread far beyond the special counsel’s office to include virtually all aspects of his adult life: his business, his campaign, his inauguration and his presidency.

In the subpoena, investigators also showed interest in whether any foreigners illegally donated to the committee, as well as whether committee staff members knew that such donations were illegal, asking for documents laying out legal requirements for donations. Federal law prohibits foreign contributions to federal campaigns, political action committees and inaugural funds.


Prosecutors also requested all documents related to vendors and contractors with the inaugural committee, which raised a record $107 million and spent lavishly.

People familiar with the subpoena said prosecutors are interested in potential money laundering as well as election fraud, though it is possible that the prosecutors do not suspect the inaugural committee of such violations. The prosecutors cited those crimes in the subpoena simply as justification for their demand for documents, the people said.

Only one individual was named as part of the subpoena’s demand for documents: Imaad Zuberi, a former fund-raiser for President Barack Obama and Hillary Clinton who was seeking inroads with Mr. Trump, and whose company, Avenue Ventures, gave $900,000 to the inaugural committee. The subpoena also seeks documents related to his company.


A spokesman, Steve Rabinowitz, said Mr. Zuberi was unaware of having been named in the subpoena, and noted that he gave “generously and directly” to the inaugural committee, along with many others who donated more.

Another entity that the subpoena seeks documents on is Stripe, which created technology to help process credit card transactions. According to published reports, the company counts Josh Kushner, the brother of Mr. Trump’s son-in-law, Jared Kushner, among its investors. Josh Kushner is not named in the subpoena, and a spokesman for him declined to comment.


A spokesman for the inaugural committee said it was still reviewing the subpoena and intended to cooperate with the investigation. A spokesman for the United States attorney’s office in Manhattan declined to comment. ABC first reported that a subpoena was in the works.

Prosecutors have pursued the possibility that the inaugural committee made false statements to the Federal Election Commission, according to people familiar with the matter. It can be a crime to knowingly make false or fraudulent statements to a federal agency.

The inaugural committee disclosed a list of its donors to the commission, and the prosecutors are examining whether that list is complete and accurate, the person said. If a donor was omitted from the report, prosecutors could take an interest in that, as well.

The inaugural committee’s chairman was Thomas J. Barrack, a close friend of the president’s. Mr. Barrack’s close aide working on the committee was Rick Gates, the former deputy to Paul Manafort, the former Trump campaign chairman who has been convicted of and pleaded guilty to several crimes in connection with the investigation by the special counsel, Robert S. Mueller III. Mr. Gates has pleaded guilty to financial fraud and lying to the F.B.I., and has been cooperating with Mr. Mueller’s team for nearly a year.


No one who worked for the committee has been accused of wrongdoing, and a subpoena is an initial step in the inquiry. Mr. Barrack and other inaugural committee officials are not named in it.

As part of their own inquiry, the prosecutors in Manhattan are questioning whether foreign nationals illegally donated to Mr. Trump’s inaugural committee.

A spotlight on the people reshaping our politics. A conversation with voters across the country. And a guiding hand through the endless news cycle, telling you what you really need to know.

Mr. Cohen is due to begin a prison sentence next month after pleading guilty last year to a range of crimes, including one campaign finance-related charge in which he implicated the president.

Mr. Cohen has spent more than 70 hours with investigators with the Manhattan prosecutors and Mr. Mueller’s team.

In raids of Mr. Cohen’s office, home and hotel room in April, F.B.I. agents seized his cellphones, which included many dozens of voice recordings, mostly voice mail messages, according to people briefed on the seized material. On one recording, Mr. Trump spoke to Mr. Cohen about a payment to a woman who had claimed to have had an affair with Mr. Trump, which he has denied.

On another, Mr. Cohen spoke to Stephanie Winston Wolkoff, who was a top official on the inaugural committee. Ms. Winston Wolkoff was fired as an adviser to the first lady, Melania Trump, in early 2018, after the committee released its financial disclosures showing that entities controlled by Ms. Winston Wolkoff were paid $26 million. The vast majority of those funds went to a subcontractor.

Ms. Winston Wolkoff’s company made a $1.6 million commission from that $26 million, which officials have previously said went to pay 14 people.
Posted by arclein at 12:00 AM