3 simple habits that can protect your brain from cognitive decline 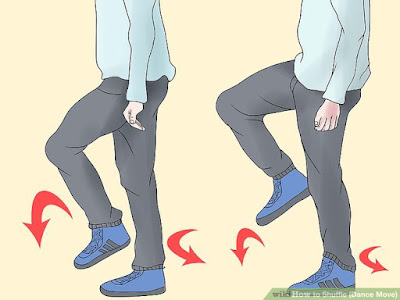 I actually practice all this and fully support it all.   Real attention to quality nutrition should be also added.  A shortage of vitamins D and C is not your friend at all and overeating garbage carbs will limit the nutrient flow.

Curiously we now have a thing called shuffle dance that is low impact cardio and that needs to become more commonly available for all folks over fifty.  It is a stand alone dance which avoids the whole social context which is  counter productive.

Expect to see much more of this.

3 simple habits that can protect your brain from cognitive decline

These three habits help your body, and also have a positive impact on your brain.

You might think that the impact of aging on the brain is something you can’t do much about. After all, isn’t it an inevitability?

To an extent, as we may not be able to rewind the clock and change our levels of higher education or intelligence (both factors that delay the onset of symptoms of aging). But adopting specific lifestyle behaviors–whether you’re in your thirties or late forties–can have a tangible effect on how well you age. Even in your fifties and beyond, activities like learning a new language or musical instrument, taking part in aerobic exercise, and developing meaningful social relationships can do wonders for your brain. There’s no question that when we compromise on looking after ourselves, our aging minds pick up the tab.


The aging process and cognitive decline

Over time, there is a build-up of toxins such as tau proteins and beta-amyloid plaques in the brain that correlate to the aging process and associated cognitive decline. Although this is a natural part of growing older, many factors can exacerbate it. Stress, neurotoxins such as alcohol and lack of (quality and quantity) sleep can speed up the process.

Neuroplasticity–the function that allows the brain to change and develop in our lifetime–has three mechanisms: synaptic connection, myelination, and neurogenesis. The key to resilient aging is improving neurogenesis, the birth of new neurons. Neurogenesis happens far more in babies and children than adults. A 2018 study by researchers at Columbia University shows that in adults, this type of neuroplastic activity occurs in the hippocampus, the part of the brain that lays down memories. This makes sense as we respond to and store new experiences every day, and cement them during sleep. The more we can experience new things, activities, people, places, and emotions, the more likely we are to encourage neurogenesis.

With all this in mind, we can come up with a three-point plan to encourage “resilient aging” by activating neurogenesis in the brain:

Aerobic exercise such as running or brisk walking has a potentially massive impact on neurogenesis. A 2016 rat study found that endurance exercise was most effective in increasing neurogenesis. It wins out over HIIT sessions and resistance training, although doing a variety of exercise also has its benefits.

Aim to do aerobic exercise for 150 minutes per week, and choose the gym, the park, or natural landscape over busy roads to avoid compromising brain-derived neurotrophic factor production (BDNF), a growth factor that encourages neurogenesis that aerobic exercise can boost. However, exercising in polluted areas decreases production.

If exercising alone isn’t your thing, consider taking up a team sport or one with a social element like table tennis. Exposure to social interaction can also increase the neurogenesis, and in many instances, doing so lets you practice your hand-eye coordination, which research has suggested leads to structural changes in the brain that may relate to a range of cognitive benefit. This combination of coordination and socializing has been shown to increase brain thickness in the parts of the cortex related to social/emotional welfare, which is crucial as we age.

Evidence shows that calorie restriction, intermittent fasting, and time-restricted eating encourage neurogenesis in humans. In rodent studies, intermittent fasting has been found to improve cognitive function and brain structure, and reduce symptoms of metabolic disorders such as diabetes. Reducing refined sugar will help reduce oxidative damage to brain cells, too, and we know that increased oxidative damage has been linked with a higher risk of developing Alzheimer’s disease. Twenty-four hour water-only fasts have also been proven to increase longevity and encourage neurogenesis.

Try any of the following, after checking with your doctor:

Sleep helps promote the brain’s neural “cleaning” glymphatic system, which flushes out the build-up of age-related toxins in the brain (the tau proteins and beta amyloid plaques mentioned above). When people are sleep-deprived, we see evidence of memory deficits, and if you miss a whole night of sleep, research proves that it impacts IQ. Aim for seven to nine hours, and nap if it suits you. Our need to sleep decreases as we age.

Of course, there are individual exceptions, but having consistent sleep times and making sure you’re getting sufficient quality and length of sleep supports brain resilience over time. So how do you know if you’re getting enough? If you naturally wake up at the same time on weekends that you have to during the week, you probably are. If you need to lie-in or take long naps, you’re probably not. Try practicing mindfulness or yoga nidra before bed at night, a guided breath-based meditation that has been shown in studies to improve sleep quality. There are plenty of recordings online if you want to experience it.

Pick any of the above that work for you and build it up until it becomes a habit, then move onto the next one and so on. You might find that by the end of the year, you’ll feel even healthier, more energized, and motivated than you do now, even as you turn another year older.
Posted by arclein at 12:00 AM