I Used to Preach the Gospel of Education Reform. Then I Became the Mayor. 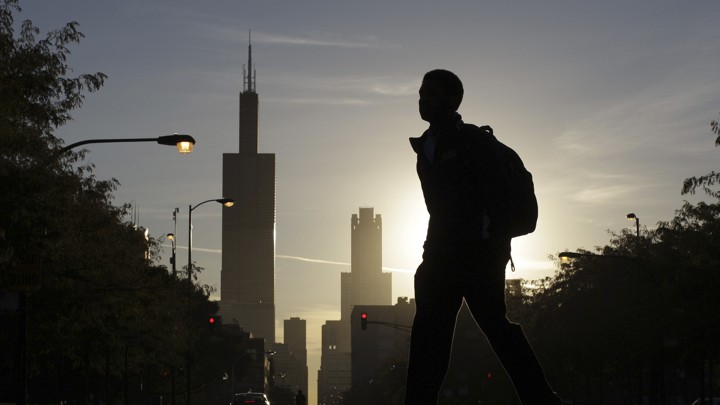 An important take home here that needs to be embraced.  Great schools are driven by the fine leadership of the principal and not the individual teachers who must actually be empowered by the leadership.
The Charter schools can thus be seen as a response to weak leadership.  All under-performing schools need to first address replacing the principal.  This is no different than a corporate environment.
Here we see the results of getting that right.
I Used to Preach the Gospel of Education Reform. Then I Became the Mayor.

Policy makers need to question their assumptions about what makes a good school.

During my first campaign to be Chicago’s mayor, in 2011, I promised to put education reform at the forefront of my agenda. Having participated in Washington policy debates for the better part of two decades, I felt confident that I knew what to do. Then, as now, education reformers preached a certain gospel: Hold teachers solely accountable for educational gains. Expand charter schools. Focus relentlessly on high-school graduation rates. This was the recipe for success.Three years before that, when President-elect Barack Obama tapped me to be his White House chief of staff, I argued that leaders should never let a good crisis go to waste. I was now determined to take my own advice. At the moment of my inauguration, Chicago’s schools were unquestionably in crisis. Our students had the shortest school day in America. Nearly half of Chicago’s kids were not being offered full-day kindergarten, let alone pre-K. Teacher evaluations had not been updated in nearly 40 years. During my first months in office, I hit the ground running, determined to change all that. Then, much to my surprise, roughly a year into my reform crusade, circumstance prompted me to begin questioning the wisdom of the gospel itself.

My initial doubts emerged four days into what turned out to be the first Chicago teachers’ strike in three decades. After a series of arduous negotiations with Karen Lewis, the union president, we’d arrived at the basic contours of an agreement. In return for higher salaries, Lewis accepted my demands to extend the school day by an hour and 15 minutes, tack two weeks onto the school year, establish universal full-day kindergarten, and rewrite the outdated evaluations used to keep the city’s educators accountable.

One key issue remained: the autonomy of principals. The question was whether individual principals would have the ability to hire faculty of their own choosing, or whether, as Lewis preferred, principals would have to select from a limited pool maintained downtown with the union’s strong input. Honestly, because I’d gotten everything I really wanted, I was tempted to fold. The reform gospel doesn’t pay much mind to principals. Moreover, the new accountability standards promised to rid the schools of bad teachers.

But while I was preparing to brief reporters assembled at Tarkington Elementary on Chicago’s South Side, Mahalia Ann Hines, a former school principal (who happens to be the artist Common’s mother) pulled me aside. Hines, who holds a doctorate from the University of Illinois, had spent 15 years as a principal, at grade levels from elementary through high school. If we were going to make lasting improvements to Chicago’s schools, she argued, principals needed that flexibility. Without it, they would not be able to establish the right culture or create a team atmosphere. And, at least as important, principals would not have the leverage to coach teachers struggling to help their pupils succeed.

Thinking about it now, years after I decided to abandon the gospel of teacher-focused reform for an approach centered on empowering principals, Hines’s advice sounds almost like common sense. But at the time, it was a momentous decision. Parents are rarely surprised when I note that even the best teachers can be rendered ineffective in a dysfunctional school, or that a great principal can turn a good teacher into an extraordinary educator. But even today, reformers rarely take the impact of principals into account.

The union was loath to give in, and the strike dragged on for two additional days. But eventually they agreed, and I then decided to go all in on principal-centered reform. We raised principals’ salaries, particularly for those working in hard-to-staff schools. Chicago established a new program explicitly designed to recruit and train new school leaders. We collaborated with Northwestern University to improve professional development for principals. And we gave the best-performing principals additional autonomy by establishing a system of independent schools, subject to less oversight from the central office.


Today, the Chicago Schools CEO, its chief education officer, and two of the seven members of the board of education, including Hines, are former Chicago public-school principals.

That evolution in thinking prompted me to also question other elements of the reform gospel, including the movement’s unbending support for charter schools. No one disputes that some charter schools, like the Noble Network here in Chicago, are terrific. But what many reformers fail to acknowledge is that a lot of more traditional alternatives—places such as Poe Elementary, an award-winning neighborhood school on the South Side—are great as well. That reality has profound implications. I closed both neighborhood and charter schools as mayor, because mediocre schools of any type fail their students. The 20-year debate between charter and neighborhood is totally misguided, and should be replaced with a focus on quality versus mediocrity. It’s high time we stop fighting about brands, because the only thing that really matters is whether a school is providing a top-notch education.

The reform gospel’s focus on graduation rates obfuscates what’s really important for students in grades nine through 12. Sure, every kid should earn a high-school diploma, and in Chicago we’ve gone from a 59.3 percent graduation rate in 2012 to a 78.2 percent graduation rate in 2018. But we spend too much time talking about graduation like it’s the end of the line. If students don’t know where they’re headed after they finish 12th grade, they lose interest in their education well before the 12th grade. High school needs to be seen as a bridge to the next thing, no matter whether it’s college, military or civilian service, or a specific job. That’s why we’ve grown Chicago’s dual-credit/dual-enrollment program into one of the largest in the country, equipping half our high-school kids with college credits before they receive their diploma. Between 2010 and 2017, the percentage of CPS students enrolling in college grew from 53.7 to 68.2. That says something profound.

Finally, before I became mayor, I largely ignored conservative complaints about government subsidies for the wraparound services that complement what happens in the classroom. Elitists love to argue that education dollars should be focused exclusively on improving classroom instruction. Today, however, I realize just how profoundly asinine those arguments are. It’s unconscionable for anyone who underwrites their own kids’ private tutors, music lessons, after-school activities, summer camps, and summer jobs to argue that children from less-advantaged backgrounds should not have the same privileges and support.


Kids today spend 80 percent of their time outside the classroom, and most well-off parents have the resources to augment what happens at school. As mayor, I decided to extend those same sorts of interventions to everyone. Our after-school program has grown to serve 125,000 students. We hired teachers to staff libraries in order to help kids with their homework every school-day afternoon, and we created a summer reading program, Rahm’s Readers, to combat the so-called summer slide. Moreover, we implemented a new standard: To be eligible to land one of the now 33,000 summer jobs that the city sponsors, you have to sign a pledge to go to college. Closing the achievement gap inside the classroom requires investments outside the classroom.


Three decades ago, the Republican Education Secretary Bill Bennett disparaged Chicago’s schools, blithely asking reporters, “Is there a worse case? You tell me.” Today, I’d invite him to come back, order a deep-dish pizza, and eat his words.

Our students now make more progress between the third and eighth grades than their peers in 96 percent of the nation’s other districts. Taken together, my administration’s reforms ensure that children beginning their public education will get more than four years’ worth of additional classroom time before their high-school graduation. The percentage of students meeting or exceeding grade-level norms for reading grew from 45.6 percent to more than 61 percent between 2013 and 2018. And college enrollment has grown 20 percent since 2011.

Few things irritate progressives more than when conservatives deny the fact of climate change. That’s for good reason—the science is irrefutable. Well, the evidence on education reform is irrefutable as well. After studying what’s happened in Chicago, the Stanford education professor Sean Reardon declared: “These trends are important not only for students in Chicago, but for those in other large districts, because they provide an existence proof that it is possible for large urban districts to produce rapid and substantial learning gains, and to do so in ways that benefit students of all racial and ethnic groups equally.” The nation needs to take notice.

For most of my career, I preached the old gospel of education reform. But now research and experience suggest that policy makers need to embrace a new path forward and leave the old gospel behind. Principals, not just teachers, drive educational gains. The brain-dead debate between charter and neighborhood schools should be replaced with a focus on quality over mediocrity. To get kids to finish high school, the student experience should center on preparing them for what’s next in life. Finally, classroom success hinges on the support that students get outside school. If other cities follow Chicago’s lead in embracing those ideas, they’re likely to also replicate its results.

Rahm Emanuel is the 44th mayor of Chicago. He previously served as President Obama’s chief of staff and as chairman of both the Democratic Congressional Campaign Committee and the House Democratic Caucus.
Posted by arclein at 12:00 AM