Big Black Birds...or Something Else? 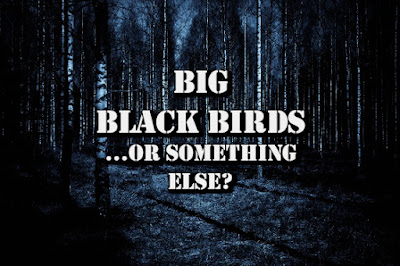 This is our thunder bird and the reports are excellent.  As i have posted in the past this bird has plenty of game to capture at night.    I do think that i have seen a gray colored juvenile working our field for game.  This bird can easily hole up in any convenient evergreen large enough to sport a large enough skirt.  This provides near perfect cover and a 360 degree view.

I still do not expect attacks on humans as our size makes a lift off very difficult, but the actual shock of impact and penetration of the claws would likely kill a victim allowing consumption on the spot of impact.

Our problem that is developing is that we are not nearly so trigger happy and a number of predators are actually losing their fear of our presence...


Big Black Birds...or Something Else?

I was digging through my archives and discovered a few winged cryptid reports from the upper midwest, in particular in Illinois and Wisconsin. Are these big black birds...or possibly something else. Because of the large number of winged humanoid sightings in the same general area, could there be any connections with this sightings? Take a look and LMK what you think:

This summer (June 19, 2011) I had two encounters with giant black birds; when I say giant I mean I saw (at two separate times) birds that were all black in color with wing spans as big as a small plane 14 feet or bigger. 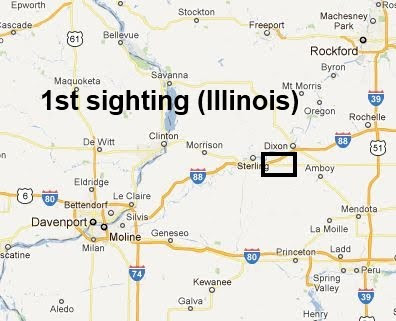 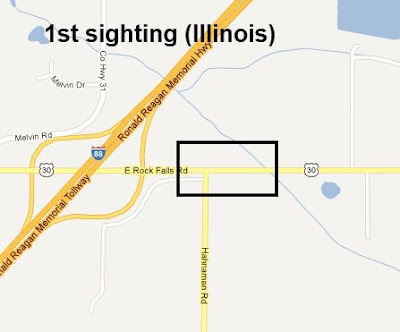 My first encounter was early one summer morning when I was returning from the Quad Cities. I was traveling on my motorcycle on Route 30 just past I-88 when I noticed a big black object in the distance sitting in the middle of the road. I slowed my motorcycle down as I got closer to the object. At first I thought it was a black bear sitting in the road but as I drove closer to the object I soon learned it wasn’t a bear at all. The black object was a giant BLACK BIRD which stood at least 4 to 5 feet tall. I was in awe and a little bit scared at the sight of the GIANT BIRD. I stopped my motorcycle immediately hoping that the beast would not attack me. I then looked behind me in hopes of seeing anyone else who might be witnessing this amazing sight, but of course just like in the movies there was no one else on the road. Realizing it was just me and the GIANT BIRD, my heart began to race with thoughts of being attacked; I slowly pulled in the clutch and put the motorcycle in gear just in case I had to make a quick getaway. The GIANT BIRD heard the noise of the gear shifting. It then looked directly at me for a brief moment, swung open its massive wings (which were at least 14 feet long), stood up right, then leaped off the ground and took off in flight. The bird looked like a small black plane and when it flew by the trees the branches were swaying back and forth. I sat on my motorcycle watching the bird fly out of sight.

I still do not know what kind of creature it was that I encountered. I have been looking on line at several different kind of birds but have yet to find the bird that I saw. The only bird that comes even close to what I saw was a condor but the bird I saw did not have a head like a condor nor did it look like that of a turkey buzzard or vulture plus this creature was much larger than a condor. I almost wonder if this was just a freak of nature; or possibly a prehistoric bird. Could it be possible that there are still some type of prehistoric birds still in existence? Trust me I am not crazy. I have recently seen pictures of the legendary Thunder Birds and that is exactly what this bird looked like. 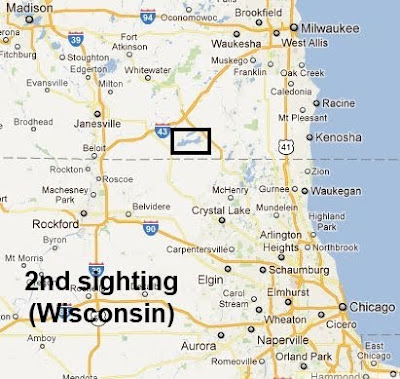 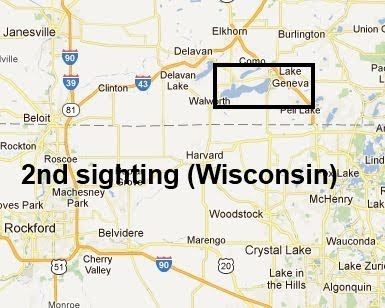 My second encounter with a giant black bird was in August of 2011. My friends and I were traveling on our motorcycles near Lake Geneva, Wisconsin on some back road when all of a sudden a giant black bird appeared out of nowhere. The bird was obliviously mad at the noise of all of our motorcycles or something because it took a dive at the couple who were traveling in front of my wife and I. The giant bird actually dove at them causing them to swerve on their motorcycle. The bird then circled around them and tried to poop on them; yes I said poop on them! I wouldn’t have believed it if I hadn’t seen it with my own eyes. Luckily the poop missed them. I am not exaggerating when I say the stuff that came out of the creature was much larger than that of a humans. It was disgusting! On a positive note there was ten of us who witnessed this giant bird. Once again none of us knew exactly what kind of bird it was that we encountered. Just like I had described before the giant bird was all black with a massive wing span and its head was not like that of a condor.

I couldn’t believe that I was so fortunate to witness this massive bird again and I was so happy that my friends were with me to see it as well. I had told my friends about the bird that I had seen in June but I don’t think that any of them really believed me. Now they know that I am not crazy and are obviously convinced that the Giant Black Bird does exist.

I only hope that anyone who reads this takes this as a real encounter and just not as another fish story. I have ten witnesses to confirm one of my sightings. I only wish I had a picture too but obviously I can’t take pictures while I am driving a motorcycle.

Oh well, believe it or not that is my story and I am sticking to it.

Please let me know if anyone else has encountered one of these Giant Black Birds.

After reading your article I wanted to share our encounter with you.

Back in the Summer of 2002 during the late morning to early afternoon we were driving south on Highway 83 leaving Round Lake Beach, Illinois going towards Grayslake when we were startled something large and black crossing in front of the car and landing in small open area of brush to our left. One wing easily filled the entire view ahead of us.

We saw that one huge black bird had landed next to another one and that they were devouring what looked like a small deer or a large dog. It was just for an instant but they were prehistoric looking and larger than the local turkey buzzards. We watched the evening news thinking that some large vultures may have escaped the zoo but we saw no mention of any such creatures. We often wondered if anyone else had seen anything like these large black birds in northern Illinois.

Thank you for posting the article and letting me know that I wasn't the only one who saw this. 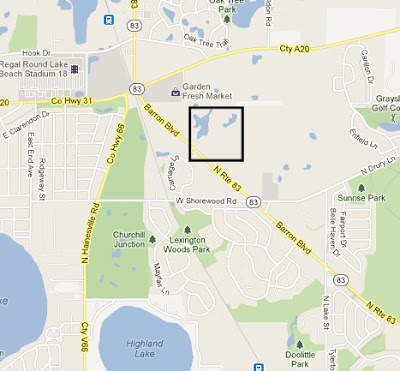 I also found the following account from an unknown source:

Near Wisconsin Dells, WI, many years ago a woman claimed that a huge giant bird grabbed up her young daughter and flew away. she reported this to local sheriff's dept. On radio heard that if anyone has seen such a bird to please contact sheriff's dept. Sounded as if the sheriff's dept. Did not believe her story. Outcome? I have no idea.

I did see one that almost took my boyfriend away. It was in a farm field that I saw this huge winged creature. Which reminded me of those dinosaur birds. The ones that its head came to sort of a peak. It came swooping down out of the tree tops; it was flying above from. I was shouting to my boyfriend to run away. he could not understand what I was shouting. Then as he turned his head around and saw this huge bird which was just getting ready to grab him in its claws. He ran and the bird decided to just keep on flying away. My boyfriend was about six feet tall. One wing span on the bird was three times that and more.

It was something we could not believe our eyes. Even so, it did happen and I am the only one alive now, to remember our hearts in horror that one day. Least to think that something had missed a meal.