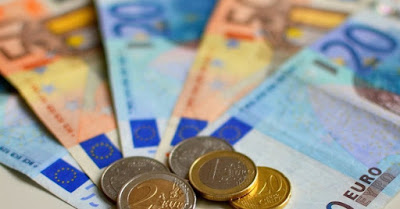 I consider this very good news.  We had to start properly somewhere and why not in Finland?  It is small enough to move briskly to fix any obvious flaws and to also take advantages of opportunities arising.

What i would like to see as well is a base community service model in which those under employed attend a four hour shift in community service.  This immediately frees up a pool of labor that can be applied to a wide range of otherwise long term community investments such as forest improvement.


i keep bringing up forests because it provides a default choice applied after all the food wastage has been eliminated and the facilities are in good shape and the children are all looked after as well. .
.

Under the plan receiving  support by 70 percent of the country, every adult would receive a monthly allotment of €800
by  Jon Queally, staff writer

As a way to improve living standards and boosts its economy, the nation of Finland is moving closer towards offering all of its adult citizens a basic permanent income of approximately 800 euros per month.

"Basic income would increase everybody’s capacity to cope with financial shocks and uncertainties and would improve general quality of life, while supporting many different kinds of work, with or without pay." —Anne B. Ryan, Enough Is Plenty

The monthly allotment would replace other existing social benefits, but is an idea long advocated for by progressive-minded social scientists and economists as a solution—counter-intuitive as it may first appear at first—that actually decreases government expenditures and unemployment while boosting both productivity and quality of life.

Though it would not be implemented until later in 2016, recent polling shows that nearly 70 percent of the Finnish people support the idea.

According to Bloomberg, the basic income proposal, put forth by the Finnish Social Insurance Institution, known as KELA, would see every adult citizen "receive 800 euros ($876) a month, tax free, that would replace existing benefits. Full implementation would be preceded by a pilot stage, during which the basic income payout would be 550 euros and some benefits would remain."
As reporting by the UK-based Metro notes:

While it may seem like a standard basic income would encourage people not to work, it’s actually designed to do the opposite.


Under the current welfare system, a person gets less in benefits if they take up temporary, low paying or part-time work – which can result in an overall loss of income.


However, a basic rate of pay would allow people to take up these jobs with no personal cost.

And the idea, according to Irish writer and researcher Anne B. Ryan, author of the book Enough Is Plenty, is one that deserves much more serious attention and consideration that it currently receives. In this primer on the idea, Ryan explains the essential features and positive benefits of a universal basic income:

Basic income is a regular and unconditional distribution of money by the state to every member of society, whether they engage in paid work or not. Basic income is always tax-free and it replaces social welfare payments, child benefit and the state pension as we currently know them. It also extends to all those who currently receive no income from the state. Ideally, a basic income would be sufficient for each person to have a frugal but decent lifestyle without supplementary income from paid work.


Basic income would bring into the security net all those not served by the current system: casual and short-contract workers who get no or limited sick pay, holiday pay or pension rights; self-employed people and business owners; those doing valuable unpaid work, including care, which adds value to society and economy. Basic income would increase everybody’s capacity to cope with financial shocks and uncertainties and would improve general quality of life, while supporting many different kinds of work, with or without pay.


Currently, those receiving welfare are badly served by the system: if they take paid work, especially low-paid or temporary, they often lose out financially, in a ‘benefits trap’. With basic income, there would always be a financial incentive for people to earn a taxable income, should a job be available. Employers would also welcome the ending of the benefits trap.

As Quartz reports, previous experiments with a basic income have shown promising results:

Everyone in the Canadian town of Dauphin was given a stipend from 1974 to 1979, and though there was a drop in working hours, this was mainly because men spent more time in school and women took longer maternity leaves. Meanwhile, when thousands of unemployed people in Uganda were given unsupervised grants of twice their monthly income, working hours increased by 17% and earnings increased by 38%.

According to Ryan, advocates of the basic income model will likely be well-served by additional and larger experiments with its implementation. "Basic income is not a panacea; it will not solve all our social, ecological or debt problems, nor does it claim to," she wrote.  "But it creates the conditions for creative solutions, rather than blocking them, as much of our present social security system does."
Posted by arclein at 12:00 AM