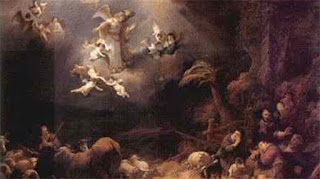 First, i question just what the ancients understood as myth.  I certainly do not think that they had our sense of it.  Thus i make an effort to understand all such ancient reports as famous tales, possibly of God like figures from a past that were then translated into local languages a time or two.  This opens ones eyes to the strong likelihood of real tangible events been described.
Thus the core Genesis report actually reads like a colony ship arriving on Earth to repopulate Earth with Agricultural man as told using a Bronze Age vocabularly translated from an original document assembled over four thousand years by the long lived colonists.  If you can get over that shock we can then pass over to the new testament.
That document served to extol the divinity of the Christ figure and the writers certainly interpolated divine tales possibly from Greek sources and Egyptian sources.  That was the central intent in 400 AD.  What they did have though was the transcriptions of his speeches and plenty of eye witnesses to his last weeks on Earth.  That is the real meat and i do not see interpolation there.
It took me almost all my life to produce a successful interpretation of Noah and the problem therein presented bothered me since i was ten.  That is a long time to chew on an issue and many others in the bible as well.  Most are now satisfied.  It all starts with trusting the human being telling you his report. .
.
Are biblical stories just retellings of ancient mythological accounts?


It has long been suggested that stories in the Bible are retellings of far more ancient accounts. For example, Wood (2003) has drawn attention to the fact that there are remarkable similarities between the Sumerian King List and accounts in Genesis, from descriptions of the great flood, to the eight rulers who reigned before the flood, and decreasing longevity of people after the flood. Dennis MacDonald, professor of New Testament and Christian Origins, has conducted extensive research into both the New Testament and ancient mythology and has also found remarkable similarities between stories in the Bible and the myths and legends of ancient civilizations. The implication of course is that it suggests that the Gospels are retellings of ancient stories.


One striking example relates to the disciples James and John, which MacDonald believes are based, at least in part, on the Gemini Twins. The Twins, Castor and Pollux, had a mortal father named Tyndareus, while also going by the collective epithet Dioscuri – sons of Zeus, “the Thunderer”.


Likewise, James and John are sons of the mortal Zebedee and in Mark 3:17, Jesus gives them the collective label Boanerges – “Sons of Thunder”.


The Gemini Twins were known to call fire down from the sky — referring to their father’s lightning bolts — and had been known in Greek myth to have destroyed entire villages with that power. Again, we see an incredible similarity with the accounts of James and John. In Luke 9:54 when Jesus is refused entry into a Samaritan village, the brothers ask, “Lord, do you want us to call fire down from heaven and destroy them?” Jesus rebukes them for their quick tempers, but it’s assumed they have this power.


Finally, we see that in ancient coins and gems, the Twins are depicted positioned on either side of enthroned deities, such as Zeus, Serapis, Mars and Mithras. In Mark 10:35-40, James and John are seen requesting to sit on the right and left of their Lord on the heavenly throne.


MacDonald has found numerous other examples of similarities between Bible parables and the stories of ancient myths and legends, too numerous, he says, to be accidental. So what could account for these similarities? Does it mean that the Gospels are not based on true accounts? It is quite possible that both the Bible and ancient mythology are referring to real events that have taken place, expressed in a way that was relevant to the people of the time. Just where and when these events took place and what exactly transpired is something we may never know.