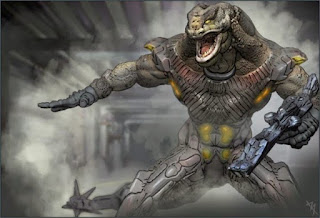 Now let us talk about tunnels.  Tunnels are always militarily useful.  Better they can be built cheaply in a continuing program using only a handful of men.  Electrified rails have also been with us for over a century.  And military tunnels are always secret.


Since they are been built to transport, there is no reason to drive tunnels through difficult rock such as mountains unless absolutely necessary.   Thus an East Texas tunnel of seventy five miles is plausible.  Figure that the crew can advance through sandstone at the rate of twenty to fifty feet per shift which must include a cycle of drilling, charging, blasting and mucking for the original penetration.  another crew would come behind to enlarge and shape the tunnel.  The point is speed of advance so that will initially be optimized.


It still works out to one mile or much more every year.  Presuming multiple fronts set say five miles apart we have a build time of under three years using a couple of dozen crews totaling less that five hundred men.  And that is what a peacetime army has plenty of.

It follows that a national tunnel network is actually possible and plausible.  It is also cheap.

I also know from a reliable source of one such tunnel in Canada.  It is just too easy.

The rest of the story is conforming to other reports as well.  We do not have many reports and i think the fear aspect is misplaced.  The reptilian agenda has been to stay cool.  However i am now getting eyeballs and this is one.

They will play rough but i suspect that only when threatened.

However, they do take advantage of caves and tunnels generally by simply driving their own access tunnels.  Thus this story is no surprise.  I also think that we are already cooperating with them.  Provided they really exists of course.  I am posting this report because it does conform to similar material and we have too few to date.

My military background involved tunnel building or munniling-mine tunnels-transport tunnels operational tactical op.no-#8090664-370-us army corp.of engineers.tunnel brigade. we had successfully done 64 miles under texas( east texas) for the senior officials to finally come and inspect during nov.23-1995 debut. there were govt. officials and big brass alike. unfortunately-it appears 4 of the inspectors wondered down a side access tunnel and were mauled by some reptillian lizard creatures that we did not expect!!! the m.p. with us had an m-16 rifle and opened fire on 3 of the reptiles killing two and badly wounding the third.-- the two inspectors who perished were sgt.ike wilson- and capt.james devill. the other two inspectors were treated at a military camp hospital. the rest of the 20 inspectors wanted to leave back to the base. so-the problem remains to determine how many of these reptiles now had access to our tunnels and how many of them posed a threat to our operation. this incident has never been made public until now. its not for the public to hear-----but now you know! what troubles me is i recently learned that there are millions of these reptilian lizards underground and the military dosn't know how to keep them underground as there are cave entrances everywhere in america. god help us!!! stay safe and remember to never camp alone in the boon-doggies!!!
Posted by arclein at 12:00 AM