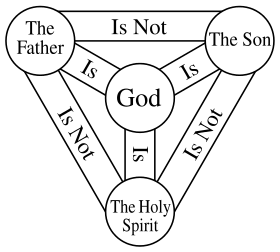 This represents a discovery in the understanding of the spiritual universe although we have received no direct confirmation of the validity of what i am about to describe.  It is very important.

It is that the spirit which is separated from what we understand as Godhead, for want of a better name, is a second tier finite being containing vastly more information than is slightly possible in terms of a third tier incarnation.

This naturally opens the door for multiple incarnations occurring at approximately the same time and even throughout time as well but generally concurrent with each other.  This obviously raise the efficiency of gathering soul altering experience as many times the number of tasks can be addressed with the intent of reintegrating all these aspects upon return to the second tier.

This also resolves the whole issue regarding lower life forms.  Suddenly we have the spirit of corn incarnating as millions of stalks.  We have the spirit of the oak grove presenting as the Green man.  The issue of consumption of meat also goes away as the spirit of cow shares its fruit with us.  Our onus is to end those lives as gently and as kindly as possible and to be grateful for those gifts to mother Cow.

Thus it is much more effective to  incarnate on Earth in multiple aspects and the logic drives its inevitability.

I find it curious that i have plausibly met one of my own aspects.  He was born on the same day as i was.  Much of his life was lived as independently as my own and in a similar manner.  He is a gifted sculptor and has made it pay all his life.  That i could have followed that path was made clear to me when i was twelve and proved to anyone that i was an excellent sculptor.  I chose consciously not to walk that path and set it aside.  Yet he exists and i do feel a sense of shared experience with him.

All good as well.