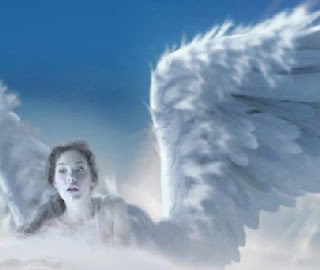 However, it is also obvious that alien beings also have the capacity to operate as a second tier entity as well.  This nicely explains the whole of the abduction experience reports that fill the UFO literature.  It is also clear that we have similar abilities that are poorly developed.

The bulk of all conscious existence is in the form of second tier spirit bodies.  Our third tier existence is the exception rather than the rule.


This report continues to discuss what is known or presently surmised.

Gerald Rudolph Ford, Jr. died at 93 in 2006, and was the 38th President from 1974–1977, and 40th Vice President of the United States. He became the only president in U.S. history to fill that office without having been elected either President or Vice-President.

I queried President Ford concerning UFOs through a friend. He wrote to me saying:

“During my public career in Congress, as Vice President and President, I made various requests for any information on UFOs. The official authorities denied the UFO allegations. As a result, I have no information that would be helpful to you”. Signed Gerald R. Ford, March 17, 1998

ANGELS — It seems fitting that during the holidays that we should discuss angels that many people feel have a connection to UFOs and extraterrestrials.

Angels are depicted with wings indicating they can fly. Countless witnesses claim to have seen angels, and many believe they even have their own Guardian Angel. Thousands of books, television shows, paintings, and movies indicate angels are real. Some people claim to have seen bright lights or human like beings that they associate with angels.

According to the scriptures, angels are messengers of God and visitors from Heaven. Of course, many think of Heaven as a mystical home of God, but many passages in ancient scriptures indicate Heaven is actually another planet in the northern sky. Angels are essentially spiritual and superhuman beings who are credited as coming from Heaven bringing God’s message to humankind. The scriptures state that God created the Heavens and the Earth. In various scriptures, angels clearly state God should be glorified, but not them. Our ancestors who saw strange craft in the sky or alien beings several thousand years ago often thought of these landings as being religious in nature.

Evangelist Billy Graham has had a ministry for 50 years to almost every US. President since Truman and is close to the Clinton’s. In his bestselling book, “Angels God’s Secret Agents” Graham states, “Some reputable scientists deny and others assert that UFOs do appear to people from time to time. Some scientists have reached the place where they think they can prove that these are possibly visitors from outer space.

Some Christian writers have speculated that UFOs could very well be a part of God’s angelic host who preside over the physical affairs of universal creation. While we cannot assert such a view with certainty, many people are now seeking some type of supernatural explanation for these phenomena. Nothing can hide the fact, however, that these unexplained events are occurring with greater frequency. (Page 21)

Released bits of the ancient Angel Scroll, “thought to be a genuine part of the Dead Sea Scrolls. The bits of the scroll that is available for public examination deal with “divine chariot-throne themes with elaborate details of angels ascending Heaven’s multiple gates. According to the plan of that day, the Voice went forth and directed me and he drove me by the Spirit. And a vision was revealed to me from the Most High, and the Prince of Angels lifted me up in the Spirit and I ascended Heavenward above the high places of the clouds and he showed me the great world and the image of the gods. The dominion of darkness was over all of the earth round about.”The Angel Scroll written over two thousand years ago gives an accurate description of a trip in a Space Shuttle of the Earth explaining the Earth is surrounded by a dark space.

Based on the various scriptures it appears the time of travel between Earth and Heaven takes only a few hours. Suddenly a chariot of fire and horses of fire appeared and separated the two of them, and Elijah went up to Heaven in a whirlwind.

Much of what is written could be explained by extraterrestrial visitors and advanced technology. I personally feel that the stories in the scriptures are true, based on the knowledge then available. An Angel of the Lord spoke with Abraham in the Torah, when he was 99 years old and childless, telling the Jewish leader he would become the father of a multitude of nations. According to Genesis, the prediction was full-filled.

The Eastern religions speak of Devas who are organized in a military hierarchy and operate in a similar manner to angels. One angel brought the message of the Quran to Mohammed and the Moslems.

In the New Testament of the Bible, it states: “In the sixth month, God sent the angel Gabriel to Nazareth and a town in Galilee, to a virgin pledged to be married to a man named Joseph, a descendant of David. The virgin’s name was Mary. The angel went to her and said, “Greetings you are highly favored! The Lord is with you.” Mary was greatly troubled at his words and wondered what kind of greeting this might be. But the angel said to her, “Do not be afraid, Mary, you have found favor with God. You will be with child and give birth to a son, and you are to give him the name Jesus. He will be great and will be called the Son of the Most High. The Lord God will give him the throne of his Father David, and he will reign over the house of Jacob forever, his kingdom will never end”. Mary asked the angel, “How can this be, since I am a virgin?” The angel answered, “The Holy Spirit will come upon you, and the power of the Most High will over

shadow you. So the holy one to be born will be called the Son of God!” Luke 1-verses 26 to 35. Angels are often reported in flying chariots of fire. Two thousand years later, much of world celebrates this birth at Christmas.

Much of our history revolves around visitors from a planet called Heaven. In Indian Vedic writings the topmost authority in the material universe are known as Brahma, and he lives in the highest material planetary system, called Brahmaloka.

In these writings, they describe UFO like craft called vimanas flown by angelic like alien beings. These extraterrestrial angelic visitors are real according to most of the great historic religious writings of humanity. It seems reasonable that these are not simply myths, but are based on actual visits by angels, visitors, watchers, ET, Devas or whatever you choose to call them. They are given credit for bringing writing to Earth.

When I spoke to Presbyterian minister Barry Downing with a Ph.D. in science and religion, who has written extensively about UFOs such as the “Bible and UFOs” told me, “ UFOs provide evidence for the reality of Biblical phenomena, such as visits by angels that have often seemed mythical to many people.” Recently in Philadelphia dozens of children during a church service claim to have seen angels, while older people were unable to see them. NASA is already planning to terraform Mars, to create an inhabitable atmosphere and eventually settlers. Is it possible angels were sent to develop Earth, similar to our plan to transform Mars? Thousands of books have been written describing angels interactions with Earth bringing knowledge, new types of food, healing and even intervention in human DNA creating modern human beings.

Sumerian and Babylonian texts according to Zecharia Sitchin and geologist Christian O’Brien the Elohim or angels manipulated from earlier human forms. Genesis 6 tells us that, “The sons of God saw the daughters of men that they were fair; and they took them wives of all which they chose.” If you visit the great temples and churches around the world, almost all have the story of an angel who oversaw their construction.

Often there are similar stories of strange flying objects in the sky. Several friends of mine seriously claim angels healed them. To understand the full meaning of Christmas is to realize not all that happens in the world may be simply by chance, but angels may be accomplishing miracles among us. So remember when you enjoy Christmas it all started with an angel. In addition, if you are ever in trouble or need, never forget this wonderful promise, “For he will command his angels concerning you to guard you in all your ways.” Psalms 91.

This image is by Flemish artist Aert De Gelder and is entitled “The Baptism of Christ” by angels. It was painted in 1710 and hangs in the Fitzwilliam Museum, Cambridge. A disk shaped object is shining beams of light down on John the Baptist and Jesus.
Posted by arclein at 12:00 AM