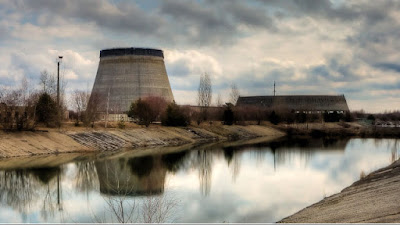 This story sounds way too good to be true.  Most likely it is a creative writing exercise and nothing new arises.


Oh well, entertain yourself.  The event was horrifying in its own right and i know of no loss of politicians at all.


It is a sharp reminder that we are unable to handle massively hot nuclear material at all and that the industry itself must be closed out.  Accident costs are now surely rising ahead of all benefits and profits.

Posted on December 3, 2015 in Paranormal | 1392 Views | Leave a response
Posting on Reddit by son of deceased Safety officer at Chernobyl:

I won’t give a long backstory because it doesn’t matter. Basically, he got the job through a former schoolmate of his who worked in some mid-level Party position. Dad was down on his luck at the time and Egor happened to see him at a local tavern. They got to talking, and Egor pulled some strings and gave him the position. Didn’t matter that he wasn’t qualified. “Half the guys aren’t,” he was told.

Anyway, dad started working there in 1984 and did a pretty good job. He did what he was told; most of it was just checking dial readouts and making sure pipes were sealed and whatnot. In late 1985 and early 1986, he started noticing far more Party representatives coming in and out of the plant. Usually the visits were limited to compliance officers and hazardous materials supervisors when radioactive material was moved in or out. But these weren’t plant specialists. They looked like they were Politburo. He told me he recognized a couple of them from televised speeches, but he didn’t remember the names. He just knew they were high ranking.

On the night of the meltdown, Dad was doing his usual valve and dial checks when Politburo members, accompanied by soldiers with kalashnikovs, streamed down the hall toward the reactor area. The soldiers were wearing radiation suits. The Party members weren’t. He tagged along a few tens of meters away and went up on a high catwalk where he could see all of them. They crowded around the cooling pools. Dad made an effort to act as if he was staring at the pressure readouts in front of him, vaguely noticing they were rising as he watched.

This was around the point when the lights cut out. Apparently this wasn’t abnormal for the plant; the electrical systems were under maintained and all the electricians on staff were tasked with more critical work. Even with the lights not working, Cherenkov radiation cast its characteristic blue glow over the group and illuminated the politicians and soldiers. The water in the pool started moving.

Now, dad wasn’t a nuclear engineer. Still, he knew whatever was happening in the pool was abnormal. He’d been by the area plenty of times and never once did the water move like it did right then. It sloshed with turbidity and looked like it was coming to a rolling boil. He glanced at the dials in front of him and saw the temperature and pressure in the loop system was dramatically higher than it should’ve been. As he was beginning to sprint across the catwalk toward the nearest alarm station, he saw something that made him stop.

What he told me didn’t make much sense at first. You have to figure someone running at a dead sprint to pull an emergency alarm at a nuclear power plant wouldn’t stop for anything. But he stopped. And he stared. Something had floated to the top of the boiling water. The way he described it, it was dark, grayish red, almost shaped like a person, but much bigger and dreadfully deformed. It floated, facedown, in the pool. The Party members didn’t react but the soldiers raised their rifles at the thing until one of the politicians barked an order at them to stand down.

A moment or two later, the thing crawled out of the pool and raised itself on thick legs to stand before the gathered crowd. What dad said he remembered most about the thing was its head. It sat directly on its lopsided shoulders and it had no eyes, no nose, no ears. All that was there was a gaping hole. Not even a mouth, but a hole. And inside, the same blue glow from the pool shone out onto the faces of the people surrounding it.

Someone else in the plant must’ve noticed the temperature and pressure abnormalities and pulled the alarm, because sirens began to blare and diesel generators were galvanized into action to force the cooling cycle into overdrive. None of that mattered to dad, though. He said the thing approached the soldiers, one by one, and without any of them putting up a fight, it pressed the hole in its face against the top of each of their heads and they started to dissolve. First their suits melted, then their skin began to blister and char. The thing moved its maw downward until it nearly reached their legs, which dropped to the ground in a smoldering heap.

It then did the same to the assembled Politburo. All but one. She stood in the middle of a pile of steaming legs and hips and crotches and stared at the atrocity. Then, she screamed at it. It’s something dad said he’s repeated to himself every day since. “залить соль на почве.” Salt the earth. As the words left her mouth, the geiger counter dad was forced to carry with him at all times exploded into life at the same instant the politician burst into flames. He could swear she smiled as she burned.

All this was finally enough for dad to make a break for it. He knew he’d been irradiated badly, but he took some solace in the fact the ticks from the counter slowed quickly as he left the pool area. Right before he was clear of the room, he took one last glimpse at the thing. It had begun to melt. As soon as its body began pouring through the metal grate, the water below erupted into a mass of superheated steam. Dad avoided being scalded to death by about half a second when he turned the corner and slammed the door behind him.

The rest of the meltdown played out more or less like it was eventually reported. Dad was able to get out before the main explosion. He lived with the profound guilt of running by his colleagues who still didn’t know something truly catastrophic was about to happen. He believed his thyroid cancer was payback for his indifference toward them during his escape.

The iconic photograph of the radioactive “elephant’s foot” in the basement of the power plant stood, framed, on his dresser for the rest of his life. As he told me this story, he confessed he kept it to remind him of the implications of the politician’s words before she was devoured by flames. “That thing will render the area around it uninhabitable for a hundred years,” he sighed. “And it’s melting through the ground, even today. If it hits groundwater, it’ll explode like a dirty bomb and make the disaster in ‘86 look like a firecracker. Russia, Europe, North Africa. All irradiated.”

He died a couple days after he shared his experience with me. I just have no idea what to do with it all. Obviously, he could’ve made the whole thing up. But I don’t know why he would. He doesn’t have anything to gain now that he’s dead. Maybe some of the other survivors or their kids can corroborate parts of what he said, maybe they can’t. Either way, if it’s true, there is so much more going on with that disaster than we’ve been told. Even now, as that radioactive slag melts into the ground, dad’s story almost makes it sound like the meltdown was just a precursor to something far worse. Something plotted. Please, if anyone can give some advice or insight, it would be appreciated. I don’t want what he told me to be true, but “залить соль на почве” terrifies me more than I can bear. 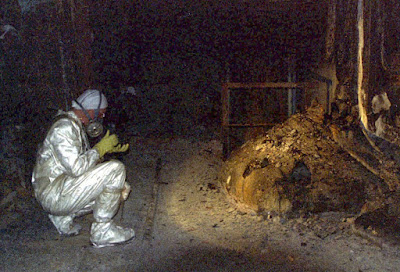