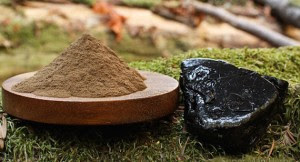 Now i have conjectured that the Himalayas were hugely enlarged 12,900 years ago during the Pleistocene Nonconformity through a massive compression event that likely contracted the crust by say thirty miles at least.  This event would have buried plant material and it is completely reasonable that this would uniquely produce Shilajit.


What i can not do is suggest a traditional geological event that would do the same thing.  Oxidation and temperature will reduce this to coal at the least.  This material is simply too young for the accepted age of the Himalayas.  Thus we have a clear proof of the validity of my conjecture.


This suggests that the Himalayas will be rich in impossible geological anomalies..


.The Himalayan Supplement so Nutrient Rich it’s Known as the ‘Nectar of God’

http://www.wakingtimes.com/2015/08/10/the-himalayan-supplement-so-nutrient-rich-its-known-as-the-nectar-of-god/
The Himalayan Mountains have a sacred history closely tied to Tibetan Buddhism and other religions, and have shaped many of the cultures in South Asia. Within this mountain range, believed to be the abobe of Gods and Goddesses, from the cracks in between the rocks oozes a tar-like substance called Shilajit, name that means “nectar of God”.
The oral history of how indigenous tribes of the Himalayas found Shilajit, and why they decided to consume it, changes based on who is telling the tale. Over time it has become a coveted medicine throughout Asia and is a common ingredient in Ayurvedic treatments. Shilajit is essentially comprised of fresh and modified remnants of humus – the characteristic organic constituent of soils. This thick, black resin is formed out of over 6500 species of ancient plants that decomposed and compacted under the weight of the mountains.

Shilajit Benefits
Scientific study on Shilajit has shown that it is one of the most nutrient-dense substances in the world, with has least 85 minerals in ionic form, as well as triterpenes, humic acid and fulvic acid. This potent source of vitamins and trace minerals is a powerful adaptogen, helping to protect against all types of mental and physical stress and normalizing the body.

The other nutrients it contains include naturally occurring humic and fulvic acids—two of nature’s most potent detoxifiers of heavy metals and other pollutants that disrupt the natural function of the body, and are quite rare to boot – as well as ellagic acid, fatty acids and plant sterols. As a result, Shilajit has a harmonizing effect on the hormonal/endocrine system and slows down the aging process in general.

Shilajit was described as a yoga vahi, meaning that whatever is taken with it will be enhanced due to Shilajit’s ability to bring any nutrient into solution and drive it into the cell. ~ John Douillard, LifeSpa

Shilajit could be called a general tonifier of the body. Some of its powerful benefits include:

General Anti-Aging – Shilajit slows down the aging process because it rejuvenates each cell by driving oxygen and nutrients into the cell and serves as a natural antioxidant, supporting the body’s work to rid itself of free radicals. It also reinforces the body’s immune support system, helps bones retain calcium, and enhances memory.

Anti-disease – Due to its nutritional richness, Shilajit is beneficial for those suffering from the following illnesses:

Physical performance enhancer – Another name given to Shilajit is “the Destroyer of Weakness”. The substance improves recovery after a workout, increases stamina, and improves physical weakness and brain functioning. It has a positive effect on strength and muscle mass, and also helps with joint pain and arthritis.
Aphrodisiac – Also known as “Indian Viagra”, Shilajit works wonders for improving male sexual function and it’s been used for hundred of years to increase libido and sexual performance in a natural way. Furthermore, Shilajit is the main ingredient in Ayurvedic for treating low libido and sexual performance in general.
Selecting Quality Shilajit
Raw Shilajit should be avoided and not consumed until it is processed. Shilajit can come in powderand resin-like substance. Powdered Shilajit tend to be slightly weaker and may be boosted with additional fulvic acid. The tar-like substance called pitch is more powerful because it is minimally processed.

Shilajit is high in iron, so it is always best to talk to your physician before taking any supplements, especially in cases where you already take prescribed drugs. And always check the labels for any unwanted fillers or ingredients. The best-quality supplements, and likely most expensive, will use Shilajit harvested from the Himalayas.

Pure Shilajit resin is composed of approximately 2% to 10% naturally occurring humic and fulvic acids with the remaining portion composed of minerals and other medicinal substances. However, adulterated products are typically 10% to 30% actual Shilajit powder and about 70% to 90% extracted humic and fulvic acids, which can be produced cheaply in a lab and added afterwards. While not dangerous, the adulterated Shilajit powders do not possess the same powerful medicinal properties.~ Shilajit: The Ancient Yogic Superfood That Rebuilds Your Body, Justin Faerman

Himalayan Shilajit Powder on Amazon
Himalayan Shilajit Resin on Amazon
Sources:
http://www.consciouslifestylemag.com/shilajit-benefits-ancient-superfood/
http://lifespa.com/ayurvedic-supplement-facts/shilajit/
http://www.herbslist.net/shilajit.html
http://supermanherbs.com/shilajit-benefits-side-effects/
About the Author
Anna Hunt is a staff writer for WakingTimes.com and an entrepreneur with over a decade of experience in research and editorial writing. She and her husband run a preparedness e-store outlet at www.offgridoutpost.com, offering GMO-free storable food and emergency kits. Anna is also a certified Hatha yoga instructor. She enjoys raising her children and being a voice for optimal human health and wellness. Read more of her excellent articles here.
Disclaimer: This article is not intended to provide medical advice, diagnosis or treatment. Views expressed here do not necessarily reflect those of WakingTimes or its staff.
Posted by arclein at 12:00 AM