Greece Is Playing It Correctly 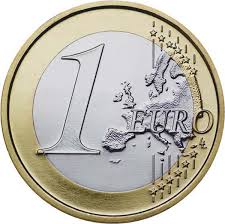 Of course it is a charade as there is no alternative to some form of general readjustment that strengthens  the weaker economies.  All of which increases demand for German exports as well.  The problem is both selling it and knowing quite how to do it.

Actually the debt is the easiest part and merely demands a stroll through South American debt swap arrangements to see how.

Central though is southern Europe been able to use its own comparative advantages to produce some Chinese growth figures.  A generation of all that and economic expansion will simple lift all boats and we can forget about present difficulties.  Better, do it all correctly and the rest of the Russian world will simply fold in.

According To One Veteran FX Trader, "Greece Is Playing It Correctly"

Some interesting, and contrarian, observations from former FX trader and fund manager, and current Bloomberg commentator, Richard Breslow on Greece - which for all the bashing, may be doing just what it is supposed to be doing.

Greece Has More Friends Than You Think
As frustrating as trading the EUR has been over the last four months, traders in fact are the lucky ones. We can play the range. We can stop out, improve our average, buy options protection or change our minds. We can go trade something that is easier at the moment and decide to come back to the EUR later.

Most of Europe has no such luxury. They are stuck in the trade. They are stuck with unemployment rates that are destroying their social fabric. They are stuck with aggregated euro-zone numbers that hide a recession in Finland or a depression in Greece. Every time the EUR rallies, true economic recovery remains merely a projection on an economist’s drawing board. The only way to save the EUR is to devalue it. Everyone is trying in their own way to tell the Germans this reality. So far with little effect

Economist after Nobel-winning economist apoplectically argue that the conditions being imposed on Greece are unrealistic (how’s that for being diplomatic.) What is playing out is a charade. Most Europeans and the IMF know this as well. Marek  Belka in the Sunday Telegraph offered the politician’s solution of dealing with debt relief, "I would call it a debt reprofiling, rather than debt relief which is the same but sounds better and politically more acceptable." He did go on to agree that "Either way, I think at one point sooner or later Greece needs it."

Greece is playing it correctly. Agree to everything. Give Germany no excuse to do what they want. Get the money. This is why France, among others, want this all agreed as quickly as possible, because they know this deal is not how it will end, but an end that keeps the EUR together must be found. The Germans know it too. They also know that they have been had and it is their own fault.

Too many times in post French Revolution European history, they have opted for injustice over what they perceived as disorder. But Greece is no revolution, yet. It is a long series of mistakes by many actors across the continent and the viable solution won’t be found here without an admission of mutual culpability.
Posted by arclein at 12:00 AM