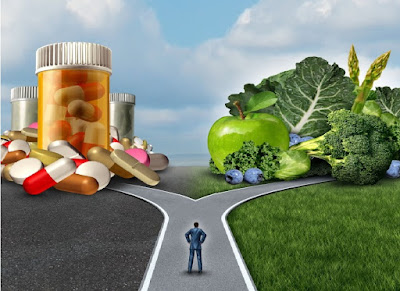 Perhaps it is time that all medical service providers display their success ratios up front to all incoming patients.  There are many available protocols and many possible diseases to counter with those protocols.  Yet there is exactly one question to ask the patient upon been treated.  Was he satisfied?

For some diseases, it is impossible to be satisfied and that will be spelled out in the statistics.  That is also clear to the patient who is embarking on a protocol that has no happy customers.  This information is readily attained also although it means followup interviews.  In fact i would love to see the province of British Columbia do just that as part of their student nurse training program.  They are the ones best able to engage the patients.

This naturally identifies what is not working in a hurry.  Today an unhappy patient simply does not return and the doctor is left wondering and continuing to apply the same bad practice.

This same approach is easily broadened to all alternative protocls allowing useful feedback.  After all a placebo driven success is still a success and does nothing to negate the protocol.  If i could give you a glass of water for $100 and heal a broken bone, i would be a rich man.

The conventional medical paradigm was established to remedy symptoms of disease, causing most people to be unaware that conditions have a root cause. Medical authorities in most countries are leading a crusade against all forms of natural health modalities, and their continuation of these efforts is suppressing crucial scientific-based evidence supporting the efficacy of natural complementary health approaches. The American Medical Association (AMA), in response to the recent backlash against MDs like Dr. Oz, are spearheading a campaign to quell the voices of many reputable natural doctors.

Fortunately, their attempts are being counteracted by those in the natural health community, and importantly, your voice can help reduce the AMA’s actions.

The AMA and the Repression of Health Freedom

There’s a great deal of dissent among medical professionals when it comes to natural health, and many refuse to entertain the idea that healing involves more than pharmaceutical chemicals. The American Medical Association has recently set forth new guidelines that will:

“… create ethical guidelines for physicians in the media, write a report on how doctors may be disciplined for violating medical ethics through their press involvement, and release a public statement denouncing the dissemination of dubious medical information through the radio, TV, newspapers, or websites.”

[ this is outrageously flexible - arclein ]
With this, the AMA will have the right to do everything in their power to silence integrative medical practitioners against voicing their opinions in the media.

While trying to reduce the accumulation of misinformation in the public is noble, it is widely misguided, particularly when it groups all natural health practitioners into the single “quack” category. The terms “quack” and “pseudoscience” are terms that the AMA uses to describe any medical professional who diverts from their own view of the medical paradigm in an attempt to reduce their credibility and silence their voice.

How to Take Action

The AMA wants to limit your choices when it comes to health education. Ultimately, they would like to be the sole source of health information for the public. Don’t let this dictator-style organization rule your life.

You can take action against the AMA now by sending a simple message through Citizens for Health Freedom to the AMA.