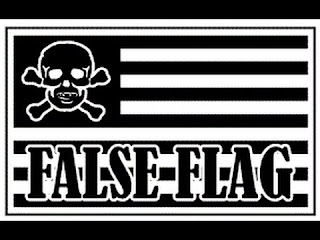 Effectively none of these agencies have ever truly downsized and that alone powerfully argues for collusion.

On top of all that we are seeing ample indication of deliberate provocation.


All these agencies have no trouble bribing politicians as well.  Once again, ample motive exists and add in public relations to guide reactions and it is only a matter of time that an ambitious individual finds a way to trigger an event.


What is startling is that we now can identify six suspects all demanding a serious rethink.  That it has become obvious is the real surprise.  It is not my own nature to suspect rogue behavior in agencies except through individual initiative and there is plenty of all that.  That the leadership of any such agency would go rogue is very unfortunate.
.

(NaturalNews) Yesterday I posted an article asking for American citizens to send me water samples from the Animas River that the EPA has now heavily contaminated with toxic heavy metals. I want to test the water in my elemental analysis laboratory to expose the EPA's pollution.

The EPA used to prevent corporations from polluting the rivers, but now the EPA has become the polluter, the liar and the cover-up cartel. In that story, I pointed out the total absurdity of our sickening, corrupt government, where private citizens now have to conduct the science to expose the pollution of the EPA.

That got me thinking... hey, wait a minute. Almost EVERY federal government agency is now functioning as a rogue entity. Nearly all of them routinely carry out false flag events in order to justify their own existence (and increase their budgets).

In a very real way, U.S. government agencies have become mafia-style cartels carrying out domestic terrorism across America in order to justify their own existence.

Consider these extraordinary examples, and when you're done, buy the book Battlefield America by John Whitehead. Or read his extraordinary essay entitled, "Don't Be Fooled by the Political Game: The Illusion of Freedom in America." It says everything you really need to know about the total con game racket being run on the American people by a corrupt, criminal government gone rogue.

Consider how the following government agencies carry out false flag attacks against America:

A July 30 letter to the editor of a local newspaper from a retired geologist appears to have predicted the Environmental Protection Agency's disastrous chemical spill into a major Colorado River tributary that happened just days later.

...days before the incident, retired geologist Dave Taylor wrote to the editors of the Silverton Standard & the Miner newspaper that he believed there would be an intentional breach with ulterior motives behind it.

"Based on my 47 years of experience as a professional geologist," Taylor wrote, "it appears to me that the EPA is setting your town and the area up for a possible Superfund blitzkrieg."

From FBI halts terror plot dreamed up by the FBI, then claims victory against terrorism:

According to NBC News, FBI agents have arrested an Ohio man who allegedly was attempting to set up an ISIS cell in the United States and planning an attack against the U.S. Capitol Building.

However, U.S. officials also told NBC News that there was never any danger because the government set up the whole thing.

Meltzer has a lot of critics who say he and his CDC colleagues have a habit of willfully ignoring the complexities of disease outbreaks, resulting in estimates that over-dramatize how bad an outbreak could get - estimates that may be skewed by politics. They say Meltzer and company also overestimate how much vaccine is needed and how beneficial it has been.

The CDC, working in obvious conspiracy with vaccine manufacturers, routinely overestimates pandemics for the express purpose of creating fear. Many observers have even stated the likelihood that the CDC could have intentionally spread measles in Disneyland, followed by an orchestrated (and outrageous) national media fear campaign to push for mandatory vaccines.

In a bombshell investigative report broadcast Sunday, one filled with scathing details and grim, grisly video including security-cam footage of actual execution-style murders and blood-soaked rooms (there's your warning, for those of you who might be a little unnerved by that kind of real-life graphic violence), the network said it discovered that in January 2010, drug cartel hit men annihilated students with guns the U.S. government allowed to flow to them across the border into Mexico.

Essentially, the DOJ (under Eric Holder) openly allowed guns to fall into the hands of drug cartels, hoping those guns would be used in a wave of violence that could be invoked to call for nationwide gun bans.

For its false flag, the FDA routinely allows dangerous drugs like Vioxx and Rezulin to remain on the market long after the dangers to patients are well documented, knowing that they will cause severe biological damage to medical patients.

This damage, in turn, results in yet more medications being sold to "treat" the symptoms caused by the first drugs.

Antidepressant drugs cause diabetes, and once a patient has diabetes, they are prescribed more drugs to control blood sugar. This, in turn, often leads to obesity, heart disease and a long list of other symptoms which are also treated with drugs.

The FDA, by the way, receives tens of millions of dollars in year in funding directly from drug companies.

If you don't yet know that the ATF staged the David Koresh Waco raid in order to justify its own budget increases, you need to study up on real history.

Everything about the Waco "compound" (i.e. a campus) and David Koresh was a fabrication by federal agents. All the claims of child abuse, for example, were utterly fabricated by the feds in order to justify an armed raid on private property. It was called a "compound" by the lamestream media because the term "compound" sounds more militaristic than "building" or "campus."

I'm not even going to bother explaining this section in much detail. If you don't yet know that the DEA runs and controls the illicit drug trade in America, you're so far out of the loop on reality that you'll probably never wake up.

The entire "War on Drugs" was designed from the very start to keep the DEA in power -- to create a cartel-like enforcement monopoly so that government agents could control the flow and distribution of illicit drugs while profiting from that trade.

An investigation by El Universal found that between the years 2000 and 2012, the U.S. government had an arrangement with Mexico's Sinaloa drug cartel that allowed the organization to smuggle billions of dollars of drugs while Sinaloa provided information on rival cartels.


For over a decade, under multiple administrations, the U.S. government had a secret agreement with the ruthless Mexican Sinaloa drug cartel that allowed it to operate with impunity, an in-depth investigation by a leading Mexican newspaper confirmed this week. In exchange for information and assistance in quashing competing criminal syndicates, the Bush and Obama administrations let the Sinaloa cartel import tons of drugs into the United States while wiping out Sinaloa competitors and ensuring that its leaders would not be prosecuted for their long list of major crimes. Other revelations also point strongly to massive but clandestine U.S. government involvement in drug trafficking.

When will Americans wake up and realize their government is already at WAR against them?

How long will it take for Americans to wake up and realize the federal government is actively waging warfare and domestic terrorism against the American people?

I can't recommend this book strongly enough: BUY and READ Battlefield America by John W. Whitehead (with a foreward by Ron Paul).

This book will forever change your understanding of the real world and how the federal government now behaves exactly like a criminal regime waging a war against the People of this nation.