I Suffer From Depression: Don’t Be Afraid of Me 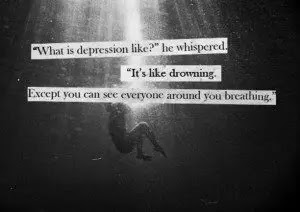 The problem is that none of us are trained for let alone prepared for depression.  I think that we need to be taught when young bin the same way we learn rudiments of first aid because it is all the same problem.  In ignorance we run away from taking responsibility.

The problem itself will not go away except here we are shown how to self heal oneself.  The great news is that focused inner work can solve the problem.  So teach that as well.

Depression is not something we need to tolerate when practical steps exist to resolve it all.
.

I Suffer From Depression: Don’t Be Afraid of Me

My name is Elzbieta, and I suffered from major depression for many, many years. In my late 30’s, after two major brain seizures caused by a suicide attempt, I was finally able to overcome my severe depression and the suicidal tendencies that tormented me for nearly 3 decades.


When I was depressed and suicidal, people always seemed to shy away from me. Even my own family appeared to be intimidated by me and my condition. No one knew how to talk to me. I could see the fear in everyone’s eyes and in their body language. I could sense it in the energy coming from them.

It hurt like hell. It made me feel rejected, unwanted and grotesque.

I used to wonder: “Am I talking too much? Am I too self-involved? Am I too self-centered? Why is everyone in such a hurry to walk away from me?” Sometimes I even wondered if I smelled bad… I used to keep checking my breath by blowing the air into the palm of my hand in an attempt to figure out whether my bad breath was the reason for the apparent discomfort I was causing in others.

But nothing I had ever tried made any difference. The more I continued with trying to please others, the more annoyed everyone seemed to be with me.

In school no one wanted to sit next to me. At home wasn’t that much different. Everyone was involved with their own existence. Mine had way too much darkness around it and no one was eager to have their energy sucked by it.

Loneliness and the sense of being a burden to others were the closest “friends” I had. I was overwhelmed with a sense of feeling ashamed. Ashamed of not having a real friends. Ashamed of always having to be by myself. When I finally got married in my mid-thirties, I remember thinking to myself:

Luckily for me, when I finally started the process of my ‘inner healing,’ I begun to see my old way of thinking for what it was — a pure nonsense.

I stopped caring about what others thought of me. I released the fear of being not approved. In order to do that, I forced myself to accept everything completely. I forced myself to forgive and accept the rejection. It was the only way for me in which I was able to heal this old emotional wound that I made myself carry around for so long. I finally embraced myself. And so here I am today, doing everything I can to assist others with doing the same. I’m grateful for having allowed myself the change from within me to finally take place. I’m grateful for the chance to encourage the positive change in the world around me as well. 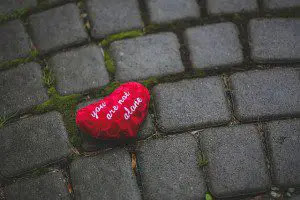 I want to see people not being afraid of anyone anymore. I want this world to be a place where judgment and bad stigmas derived from it are considered to be totally uncool. I want to see people hugging each other more often. I wanna live in a neighborhood where neighbors view each other as extended family. Where no one is forced to lock their doors, or their hearts for that matter. Where children are being raised with love by the entire “village” as opposed to being left alone in front of the big TVs.

Where resources are being gladly shared. Where the diversities are being cherished, celebrated and utilized as an exciting way of learning new things.

I wanna find myself living in a new world in which indifference, intolerance and hatred is just something that we can all barely recall…

Consciously or subconsciously — this is what every depressed person wishes for.

This is why we get depressed in the first place…

If you’re reading this and you’re depressed, I challenge you to help to heal this world by starting to forgive and accept yourself, others, and everything around you.

If on the other hand you’ve never had the privilege of going through prolonged depression in your life, I challenge you to renounce the fear of depression and people affected by it. I challenge you to make their journey of the recovery a lot less bumpy by showing them that even though you can’t fully understand them, that you support them. Just keep in mind that a depressed person is a human being desperately attempting to break free from the limiting boundaries created by our human minds.

Now residing in Honolulu, Hawaii, Polish-born Elzbieta Pettingill is an author, former fashion model and survivor of depression. Elzbieta suffered abuse and rape in her childhood, and was subsequently diagnosed with a depression that followed her from childhood through to adulthood. Completely let down by the medical and psychological establishments, Elzbieta finally realized that only she could change her mind, and finally overcame her depression in her 30’s through a process of forgiveness and conscious spiritual awakening.
Elzbieta’s story forms the basis of her book, “Life Realized”…
Posted by arclein at 12:00 AM