Everything is Fake: Top 40 Pieces of Fakery in Our World 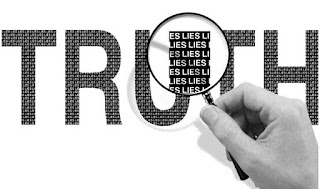 This is not totally true of course, but what is true is that a serious market and large well funded participants have way too much motive to cook any science in favor of the interests.  That they have been doing just that has become more and more apparent

In fact it has become necessary to audit for institutional bias as a matter of course and to closely check research validity. Most journey man researchers do not have job alternatives waiting and they become naturally corrupt.

Courses on ethics do not last too long..

.
Everything is Fake: Top 40 Pieces of Fakery in Our World
22nd August 2015
By Makia Freeman

Contributing Writer for Wake Up World

A great many things in our society today are fake. From news and marketing to science and politics, our world is filled with an extraordinary amount of lies, deception, disinformation, misinformation, fakery, fraud, facades, mirages and propaganda.

The good thing though is that once you awaken to the deception, you can use it as a tool for raising your consciousness. The idea that virtually everything is fake can be empowering rather than depressing. Sure, we’ve all felt overwhelmed, sad, angry and impotent at times when we’ve seen just how easily our (mis)leaders can fool the masses with sophistry and empty rhetoric, but they’ve all been placed there to challenge us to wake up more quickly and fully, and reclaim our world.

Here’s my list of the top 40 pieces of fakery in our world today:

Let’s begin with the MSM (Mainstream Media) and their “news”, which is essentially corporate infotainment. The MSM waters down the news and makes it entertaining to further distract people from things of real significance. There is nothing balanced, impartial or fair about MSM news. In the US, Australia and many other Western nations, the news is dominated by a handful of for-profit corporations who are legally bound to provide a return on investment to their shareholders. This means running “news” pieces which either promote the agenda of the corporate owners (especially the military agenda) or censoring stories which would hurt political allies and advertisers (like Big Pharma, who is the biggest contributor of funds for advertising on MSM according to former US Senator Robert Kennedy Jr.).
Additionally, the news is literally fake – remember the CNN green screen stunt where they pretended they were being bombed in Saudi Arabia but were really in a studio? What about lying news anchors like Brian Williams and Bill O’Reilly (Bill O’Leilly)?
2. Fake Journalism

Alongside fake news, of course, comes equally fake journalism. MSM journalists today are not the true investigative reporters of yore. There are exceptions such as journalists who used to work for the MSM Big 6 and are now working independently (either leaving of their own volition or having been fired) such as Ben Swann and Sharyl Attkisson.
However, they are few and far between. Most journalists function as little more than parrots repeating the corporate party line, and are too scared to rock the boat for fear of losing their jobs. The White House strictly controls who has “access” to the President and other officials. In general, if you want more access, you have to toe the line and ask easy, softball questions that make politicians look good. Additionally, the U.S. Government admitted it made video news releases or prepackaged news for the MSM, which then broadcast these releases as “news” without disclosing to its viewers that the pieces were premade by the Government!
3. Fake Entertainment

Hollywood’s film and music industries are imbued with Satanism. This is easily seen with its influence on heavy metal, rock, hip hop and these days even pop (take a look at the Illuminati symbology in the music and videos of Madonna or Katy Perry). Actresses such as Rosanne Barr and many other Hollywood insiders have exposed how mind control, prostitution (turning up-and-coming stars into prostitutes or forcing them to have sex to “make” it) and pedophilia are rife throughout Hollywood. Michael Jackson suffered from mind control and attempted to tell the world before he was killed. Many others such as Mariah Carey and Britney Spears show obvious signs of mind control.
4. Fake Corporate PR and Advertising

Another aspect of visual media (TV) that makes you sick are these generic “we care” fake feel-good commercials made by slick marketing departments of the corporatocracy, trying to get you to associate them with happiness, caring, giving, equality or any other value they choose from a list. They use marketing as a kind of psychological weapon. Did you ever wonder why Big Pharma always shows beautiful models, happy retired people, bouncing dogs or smiling babies to peddle its poisonous, side-effect laden drugs? Corporations are soulless entities and legal persons – the epitome of fakery in many ways since they are fake persons with the rights of people and the responsibilities of none.
5. Fake Medicine

Big Pharma is the force behind Western Medicine, and Rockefeller is the force behind both of them. With its smorgasbord of synthetic drugs, vaccines, surgery, chemotherapy and radiation, Western medicine, known as allopathy, has earned the dubious honor of killing hundreds of thousands of people every year. A 2000 study by Dr. Barbara Starfield, MD, found that allopathy kills 225,000 per year in the US, while a 2003 study by Dr. Gary Null, MD and others, found that allopathy kills 783,000 per year in the US.
Starfield concluded that Western Medicine in America causes:
Null et al concluded that Western Medicine causes:
Now, with its antibiotic drugs becoming more useless in the face of rising super bugs, you have to really question whether an entire medical system that is based on masking symptoms, “managing” illness, and getting patients on a hamster wheel of pill after pill after pill, can really constitute true healing – or whether it’s just more fakery.
6. Fake Scientific Research


Backing the Rockefeller’s Western medical Big Pharma cartel is a massive pile of fake scientific research. Like anything fake, the veneer looks shiny and leads you to believe what lies inside is trustworthy and reputable, when in reality it’s reams of biased and concocted research with a peer-reviewed stamp on it. Former Big Pharma reps, esteemed medical journal editors and even insider governmental scientists have all confessed the shocking truth that a large amount of the published scientific data out there is fraudulent and simply can’t be trusted. Check out the top 10 tricks used by corporate junk science.
7. Fake Acquired Immunity

Another piece of fakery is the idea that vaccine-induced immunity or acquired immunity could possibly be identical to natural immunity, which one receives after having successfully warded off a disease (e.g. like chickenpox). Vaccine proponents even go so far as to insist that the unvaccinated are endangering the vaccinated by not getting their shots (the herd immunity argument) – which defies logic, since if vaccines really worked, there would be no need for the vaccinated to worry about catching anything from the unvaccinated. In my article Herd Immunity vs. Viral Shedding: Who’s Infecting Whom? I discussed how the human immune system is made up of specific and non-specific parts; there are many ways in which a vaccine does not closely resemble natural immunity, including the fact that vaccines only engender a specific response, have a completely different point of entry, and do not confer lifelong immunity, etc.

Besides, modern vaccines are full of toxins and carcinogens, including fetal tissue. The elite have even admitted vaccines are being used for depopulation. The real issue is not herd immunity but rather viral shedding, whereby the vaccinated are actually infecting the unvaccinated, not the other way around. Thus, vaccines are yet another example of supreme fakery in today’s fake world.
8. Fake Food

True immunity is derived from lifestyle and diet, including what quality of exercise, sleep and nutrition you get. This brings us to the topic of nutrition. Our food today has become so processed and packaged, so full of preservatives and plastics, that it has become fake food. It gets churned out of a factory rather than grown on a farm or field. It’s full of artificial flavors and synthetic tastes – like vaccines, some of them even derived from aborted fetal tissue, as Pepsi was forced to admit. Some foods are so refined and over-cooked they barely have more nutrition than a piece of cardboard. When you add the monstrosity of GMOs (Genetically Modified Organisms) into the mix, you get a final product that Dr. Rima Laibow calls “phude” rather than “food”, because the final engineered, processed product is so far removed from what our ancestors knew as real food.

By the way, GMOs, in case you hadn’t heard, can lead to organ failure, infertility and cancer, and are genetically modifying you as GM proteins bypass digestion and go directly into your blood (as is their ultimate purpose). GMOs by their very nature are engineered to withstand massive doses of chemical and hazardous pesticides. GMOs are basically a way for chemical companies like Dow and Monsanto to sell more chemicals, because people need them to grow Big Biotech’s fake food. The World Health Organizaation (WHO) recently declared Dow’s 2-4,D possibly carcinogenic and Monsanto’s glyphosate and pesticides as probably carcinogenic.
9. Fake Water

Just as we have fake food, we also have fake water. Real water is flowing and alive, as you can find in a river or mountain stream. Unfortunately, most of our drinking water today is dead, having passed through metallic pipes, having been treated with chlorine and fluoride (both toxins), and containing remnants of antibiotics, glyphosate and Big Pharma drugs. It may do just enough to keep us alive, but it’s not allowing us to thrive.

Water has memory and carries past information, as the pioneering research of Dr. Masaru Emoto showed. It absorbs what you are thinking and feeling, and changes its structure accordingly. If we as a society keep using synthetic drugs and flushing them down the waterways, the water will remember that, and future drinkers of it will get the “memory information” of drugs in their system, regardless of whether they actually take pharmaceuticals or not.

We are water. Whatever we do to our water we do to ourselves. One way out of the deception and conspiracy is to take control of your water, and find a pure source, or ensure you both filter and structure your water to make it as life-giving as possible. Not all water is equal. How beneficial it is depends on how it is structured. It is heartening to see people promoting structured water, which returns the buoyancy to the hydrogen and oxygen atoms making up the water molecule.
Posted by arclein at 12:00 AM