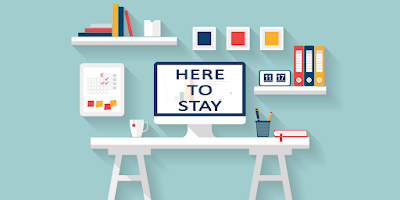 Get real. The monster burden laid upon employees was the daily commute. That included dressing as well for office presence.  All of it represented a real time expenditure.  what was worse it forced you to reside close enough to work.
Suddenly everyone discovered that they got all that time back.  For many folks that worked out to be effectively a daily round of eighteen hole golf.  The sevond lesson is that at home could mean living two hours out of town even in your own hometow or in your new hometown out in the country.  Land costs evaporates and high income produces a designer home.
My children got ahead of the curve on this one and now own choice properties a long way away from the overpriced core built with 600 foot condos at best.
This pandemic has supercharged an inevitable trend into a pandemic action plan.  Most employees will not be going all the way back.  Think two days on at the home office for internal meetings and the rest as work sessions for getting billable product out.  That allows maximum flexability and even permits proper internal monitoring were useful.