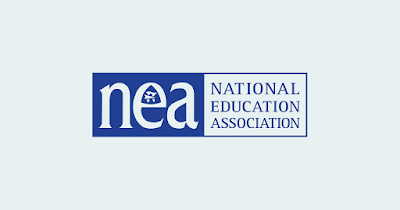 We already know them.  They already know we know.  This just makes it easy.There will be no plausible obfuscation.
The Marxist Globalists are now visibly rotating to full outlaw.
I personally do not understand how anyone can think this way.  Yet they are out there.  Soon enough they will all be rounded up and banded as crystal a clear lesson to the generations coming.
NEA goes full Marxist: American school teachers say they will teach anti-white CRT agenda regardless of laws
Wednesday, July 07, 2021 by: Ethan Huff
Tags: anti-white, bigotry, Critical Race Theory, CRT, culture wars, genocide, indoctrination, left cult, lunatics, National Education Association, NEA, public school, racism, woke
https://www.naturalnews.com/2021-07-07-nea-marxist-american-school-teachers-crt-racism.html
Association (NEA), America’s largest teachers’ union, has decided that public school indoctrinators will, in fact, be teaching “critical race theory” (CRT) to students, even if the law prohibits it.
At its recent Annual Meeting and Representative Assembly, the NEA adopted Business Item 39, which states that the “USA’s economy / social order is built on interactions between different cultures / races. To deny opportunities to teach truth about Black, Brown, and other marginalized races minimalizes the necessity for students to build efficacy.”
The plan is to introduce “information” into the stream of public consciousness that will explain what CRT is and “what it is not.” Staff will be brought in to brainwash union members who “want to learn more and fight back against anti-CRT rhetoric.”
Part of the program will involve pushing “study that critiques empire, white supremacy, anti-Blackness, anti-Indigeneity, racism, patriarchy, cisheteropatriarchy, capitalism, ableism, anthropocentrism, and other forms of power and oppression at the intersections of our society, and that we oppose attempts to ban critical race theory and / or The 1619 Project.”
The NEA is slated to promote anti-white CRT in all 50 states, even though some of them have banned it, as well as in all 14,000 public school districts. Eventually, all American children will be taught that having light skin is evil and that only brown and black skin is pure and good.
It’s quickly becoming a crime to be white in America
The NEA’s open embrace of CRT serves as proof that the anti-white agenda is hardly dead in the water for K-12 “education” as many have been claiming. It is more alive than ever before, in fact – and if it persists, it will soon be a crime to be white in America.
There is simply no more room for white people in the new American society, especially if you are a straight white person – and God forbid a straight white male.
America is rapidly becoming a dangerous war zone for white people who are being systematically discriminated against by racists, many of whom are brainwashed whites. White people are also being assaulted, and in some cases murdered, simply because of the color of their skin.
And we have organizations like the NEA and the public school system at large to blame, as they are teaching the next generation to become proud white-hating racists who brag about their racism as if it was a virtue.
According to the NEA, it is “truthful” and “accurate” to portray all white people as evil, blaming anyone with light skin for “slavery” and “the oppression and discrimination of Indigenous, Black, Brown, and other peoples of color.”
Altering public school curriculum to reflect this anti-white hatred and racism is the goal of the NEA. The union is a proud supporter of the racist terrorist organization BLM (Black Lives Matter), and has chosen to celebrate the life of that criminal on October 14, which has been designated as “a national day of action to teach lessons about structural racism and oppression.”
There will also be days designated for Breonna Taylor, Philando Castile, and other black lives that, because of their involvement in criminal activity, perished as police attempted to do their jobs in stopping crime.
The NEA has committed more than $50,000 of its budget to “research the organizations attacking educators doing anti-racist work.” The NEA is deeply concerned about these “attacks on anti-racist teachers” that it says “are increasing” as a result of “well-funded organizations such as the Heritage Foundation.”
More related news about the ongoing collapse of American society at the hands of anti-white Marxists can be found at Collapse.news.
Posted by arclein at 12:00 AM