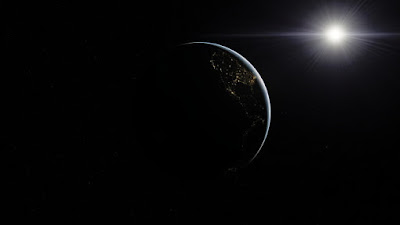 We now have enough data regarding exoplanets in general and it is clear that the so called sweet spot is uncommon in terms of viable earth like prospects.

Throw in that Earth itself is ENGINEERED.  The fact is that our whole evolution lasting billions of years has been planned out including our own recent presence.

This was done using the Moon as a working Gravity Engine.  without that none of this would have have worked out.

We are already well aware of the orbital lock and the unusual tidal flux which stimulates our shoreline wonderfully.

Not so obviously is that a layer of the global crust was peeled away to produce the Pacific basin covering half the globe.  No small thing.  It was likely done perhaps a billion years ago by the Moon gravity machine ariving then from the near present by shifting back in time.

This allowed the oceans to fill or be filled with water.

My central point is that a deep dive into the evidence leads back to the engineered conjecture.  This means that Earth or any Earth like planet emerging naturally is far more unlikely than preserntly imagined.

What changes all this is the hollow earth projection allowable under Cloud Cosmology and strongly supported by seismic work both on earth and the Moon.  Both are plausibly hollow.

It follows that if all planets and even stars by the by are naturally shells around an inner star, then a sweet spot in terms of size produces a viable inner surface commonly and a perfect container for the emergence of life over and over again throughout the universe.

Alien as this concept is, it is consistenly supported by conforming evidence which i have been able to test by locating impossible anomalies usually to the point that data is withheld.

We are the real anomaly and likely a working terstbed for outer surface development.  We are engaged in Terraforming Terra at present.

This solar system could hold many additional Earths and that may well be the plan.  Again it is necessary to produce  a Moon Engine first and perhaps tackle Venus.  Again this takes a trip back in time within the Venus gravity well.  This might release a body of water from inside the planetary shell to produce viable oceans.

current evidence regarding exoplanets shows us places unpromising for such engineering as compared to our own sweet spot. It is way too sweet for way to long to be an accident.