The Difference Between My Psychiatrist and My Shaman 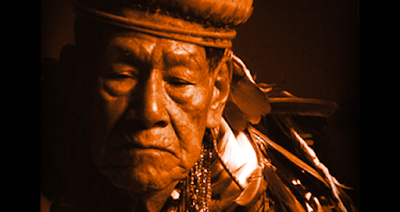 The fundamental problem we face is that the spirit body operates the physical body.  This means that if all is working properly the interaction between the two is almost undetectable.  The physical mind has its own tasking as well and is meant to run independently for most of the time.  The spirit steps in to provide necessary guidance.

What this screams is that mental illness is caused by mostly biochemical imbalances produced by foreign toxins or internal damage to the brain or even the body.  This is very important because the complexity is likely such that it will require direct intervention by the spirit body to properly heal.  This must be empowered and properly communicated as well.

After all necessary foods will assist the healing process but this information will not be obvious unless we are told.  Thus we see the shamans opening up the access to the spirit body to tackle mental problems with serious success.

The additional idea is that it is possible for problem spirits to enter your spirit place and cause serious problems and is the natural genesis of the idea of the devil.  Inasmuch as this apes the now established interaction with Earth angels, it is not too surprising that malevolent spirits will do this.

I have to presume that the primary task of Earth Angels is to fend off such attacks.  At least we now have a plausible and even rational framework allowing us to understand much of what we are dealing with and most important an obvious framework and protocol to use in order to interrogate the problem presented...


The Difference Between My Psychiatrist and My Shaman

Nowhere is the disconnect between science and spirit felt more intimately than in matters of mental health.

We can speak empirically on this by saying things like, “America spends over $113 billion a year on mental health treatment,” or “depression affects over 14.8 million adults,” but, cold data marginalizes actual human experience, so if you’re suffering, this doesn’t really help much.

The statistical view does, however, tell us that mental illness is epidemic in our culture, that an enormous economy has risen around the mainstream medical approaches to treating mental illness, and that this industry does not appear to be effective in reversing the growing epidemic of mental illness.

The influential book on Western mental health, the Diagnostic and Statistical Manual of Mental Disorders, or DSM, presently lists some 300 mental disorders that a doctor, psychiatrist or psychologist can choose from when diagnosing a patient.

Given that many of the symptoms of poor mental health are overlapping, like mood swings, depression, and anxiety, psychiatry is a subjective science at best, and the pathological model to matters of the mind and spirit doesn’t always work.

There is, of course, another perspective on mental wellness, one much older than the DSM and the American Psychiatric Association.

Many of the world’s indigenous cultures would view our mental disorders not as symptoms of something wrong with a person, but rather as evidence of the arrival of incompatible psychic energies into the person’s life. Energies that must be dispelled or integrated, rather than ignored or subdued.

"Another way to say this, which may make more sense to the Western mind, is that we in the West are not trained in how to deal or even taught to acknowledge the existence of psychic phenomena, the spiritual world. In fact, psychic abilities are denigrated.

"When energies from the spiritual world emerge in a Western psyche, that individual is completely unequipped to integrate them or even recognize what is happening." [Source]
\
In this context, the role of the shaman as healer is much different than that of a psychiatrist, psychologist or counselor.

The healing task is not to correct or remedy anything, but is instead to facilitate change and integration within the patient.

To help the flow of psychic and spiritual energy around and through the patient. Assisting them in aligning their thoughts and behaviors with their life purpose.

The plant medicines Ayahuasca and Iboga are revered as agents of profound healing and personal transformation.

We don’t fully understand how or why they work, but they do. Clinical studies are backing up the enormous volume of anecdotal evidence of their power to quickly interrupt depression, anxiety, and addiction, and the shamanic healing experience is now both credible and accessible to Westerners.

In darker days I’ve called on Western physicians for support, and since those days I’ve had many opportunities to journey with plant medicine masters. The differences between the two systems and experiences are profound, but both have been integral to me in knowing happiness and peace of mind.

As a disclaimer, this is not to be taken as medical advice, as it is only a collection of personal observations intended as a small contribution to the big conversation about mental health.
\
The Call

I was driven to counseling and psychiatry during a time of serious personal crisis, my own dark night of the soul, if you will. By the time I decided to actually seek help I was terribly distraught, panicked even.

Friends and family recommended I see a doctor, as did the advertising campaigns on TV, so I worked up the nerve to do so. It was a tough and frightening decision that I’ll never forget.

When shamanism came to me I was, gratefully, in a better frame of mind, but still restless and troubled to a degree. Uneasy and discontent in general. Not happy and unfulfilled.

I knew nothing of shamanism or plant medicines until a friend mentioned them in conversation, which instantly awoke within me some latent curiosity that stayed with me. The idea began to call me, it seemed.

The Search for a Healer

To find my psychiatrist I first called my health insurance company, then sifted through advertisements.

After narrowing the candidates down to those whom I could afford and those who were conveniently located, I chose a professional doctor covered by my HMO. A rational process, but tedious and embarrassing.

During the year after first hearing about shamanic plant medicines my life seemed to fill itself with a series of fabulous coincidences and synchroncities. I knew something big, something crucial was about to happen to me, but not what.

I was being called to discover some important, yet so far uncovered piece of fate. It was a very exciting and very cosmic time, and without wanting it, without asking around or seeking it, I found myself in contact with the shamanic healers who have since had such a positive impact on me.

With no effort from me, they appeared exactly when they were supposed to.

The psychiatrist was close to my office, so I didn’t have to take any extra time off work. Parking was easy, the receptionist pleasant, and other anxious patients waited as pharmaceutical sales reps came and went.

I filled out paper work, handing over intimate personal and financial details. The walls of the doctor’s office were covered in plaques, certificates, diplomas, war memorabilia and golfing photos. My co-pay was next to nothing.

At considerable expense and some alarm to my family, I signed up to go deep into the jungle to have ceremony with a group of shamans whom I’d never met. It was costly, inconvenient and irrational, taking me way out of my element, beyond my comfort zone, and deep into nature.

The ceremonial lodge was a sacred healing space, and very much felt so. A place where the sounds and smells of fire, incense, flutes, rattles, and nature combine. A purifying, healing, spiritual place to heal.

My psychiatrist lived in a mansion in the best part of town. He drove a Mercedes-Benz, owned vacation homes in the Rockies and Acapulco, plus a private airplane. He was extremely confident and well-respected in the medical community.

He made over $450 thousand dollars a year. His type of healing paid well, he had plenty of clients and lots of repeat customers.

The shaman I know are all deceptively strong and powerful people, especially the elders. Their open-air houses have thatched roofs and are built on stilts with wooden plank floors and next to no furnishings, set deep in the jungle aside rivers.

Their clothes are simple, worn, and often dirty, but you hardly notice because their smiles are so big and they always seem to be laughing and enjoying life. They know every plant, tree, animal and insect in the rainforest. They are unflinchingly kind, sensitive and humble people who are a joy to be around.

My psychiatrist asked many intimate questions, and the conversations felt forced, rigid, impersonal and mechanical. Like taking care of business. I was diagnosed as having depression, anxiety, bi-polar disorder, ADHD, borderline schizophrenia and insomnia.

The remedy was antidepressants, anti-anxiety meds, and other psychotropics, along with weekly appointments with the doctor… all to continue for as many years as needed.

This also included the warning that it was extremely dangerous to stop taking these medications.

Before a night-time medicine ceremony, the day is spent mentally and spiritually preparing. Fasting, meditation, reflection, introspection and concentration. A process of gathering intention and focusing energy.

Plant medicine journeys can induce indescribably harrowing and enlightening visions and experiences. The shaman never asks about my troubles, but I sense that he knows of them, perhaps even better than I.

He sings instead of speaks and the journey ends in deep in meditation, as powerful and transformative insights appear from some unknown spiritual source. It feels like both a purge and a download. The following day is like a gift, a new beginning, completely renewed in body, mind and spirit.

I took my doctors recommendations and took the pills, but I quickly realized that the side-effects and the personality changes that the drugs induced in me were not something that I, nor my family, could live with.

I dumped them, cancelled all remaining appointments and resolved to heal myself. It was not easy.

My time with sacred medicine always feels like going home to some very special place of physical and spiritual renewal.

The visions and experiences from ceremony always prove challenging to integrate into daily life, but the journeys are a continuing source of inspiration to improve myself and enjoy life to the fullest.

I’ve come measure the results of this type of healing with a simple metric: am I happy? The answer is yes. Finally.

By Dylan Charles, Waking Times
Posted by arclein at 12:00 AM