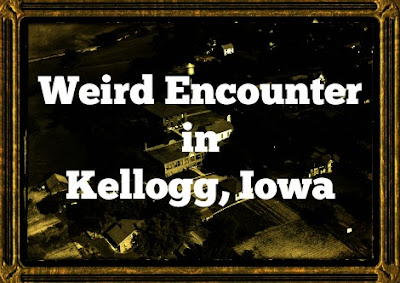 
This is a particularly good sighting and we again learn things.  Once again we are seeing the giant Sloth.  Because the observer lacks any preconceptions we get odd explanations.


A pig like face matches what we know about the skull of the giant sloth and suggests something else.  It is that the creature uses its snout like a pig to root around soil.  It does eat insect larvae as sloths do.  A little unexpected but it fits.


The large claws are also in evidence and mistaken for the hoofs of cows which are also two toed.  The Giant Sloth is two toed and this also explains the lack of tracks generally which had been bothering me.  They have been mistaken for cattle.


Otherwise we also have the holes in the ground.  These could well be rooting holes or possibly meat caches.  At least we now have two possibilities and both specific to the Giant Sloth.  The swiftness in which the meat and guts were separated from the deer's skeleton is interesting also.  No creature does this and i am certain that the meat was then transported back to its hideout for caching to likely produce a crop of maggots.


What is not so much new but particularly noted is that this creature is able to strongly project its mental energy to produce ill effects and disquiet.  It certainly drove the observer away.

Hi folks...I'm going to need some help on this one. Last evening I received the following account. I twice contacted the witness, who provided more information...which I have added to the report:

Hello - I am emailing you to report an unexplained encounter in my neighbor's field. I live in Kellogg, Iowa. A few days ago on October 18th, 2015 I was walking in my pasture and I spotted something laying in the field. I began to walk closer and the closer I got the more I realized it was not human. I had never been so terrified. It stood about 6 foot tall and it had a face like a pig. The hooves were large - looked almost cow-like. The body was thin and a brownish color. I backed up slowly and it approached. I ran up to my house and when I looked back it was gone. Now my animals are falling sick and so are my family and myself. We have since been out in the pasture and seen holes in the field where the "creature" was. Can you explain this please!? SA


Later on, the witness mentioned:


As I walked closer I remember starting to feel dizzy and I also remember looking whatever this "thing" was right in the eyes. Our cats have since then gotten sick and began disappearing. I also found a mauled deer. I came back an hour later to get a pic and there are only bones now - completely stripped of everything.


If anyone has suggestions as to what this may be, I'd appreciate your comments. Lon
Posted by arclein at 12:00 AM