Astronomers Just Saw a monster Black Hole do Something Shocking 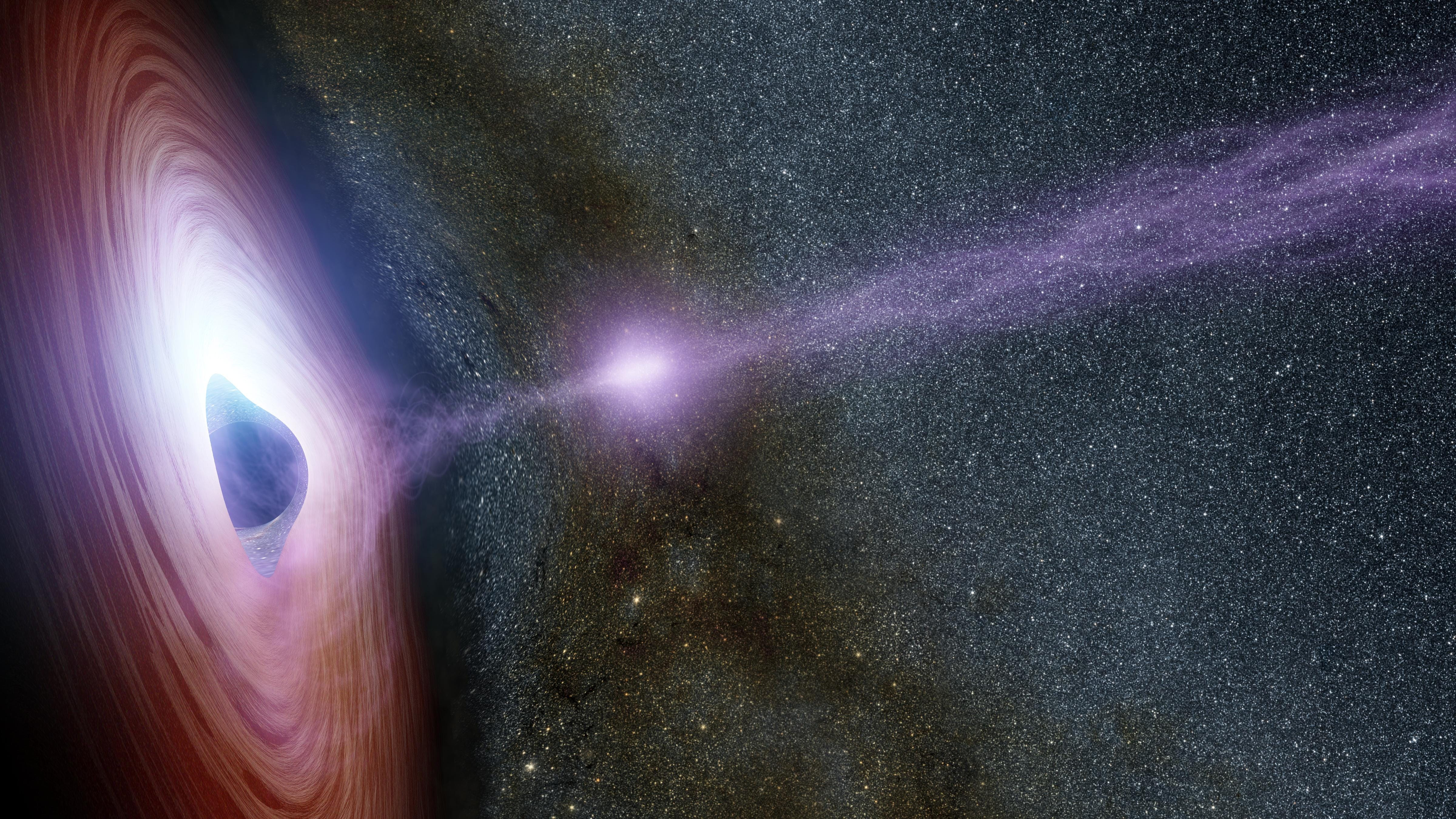 What happens is that the event horizon is not stable in it's location vis a vis the center of mass and is pumping material into the so called black hole.  All this leads to large masses of matter been reduced to photonic energy and been carried off along with the associated gravity.  This photonic energy easily coalesses back into matter along the ejection pathway.  This produces the corona effects and all else we observe.

My own understanding of monster black holes predicted such flaring as a local piece of topography briefly inverts.  Once again i am seeing my universe out there.

All pictues of black holes are artistic concepts.  A real black hole will be blinding hot and obviously dissipating fast.  The surrounding dust would somewhat shroud this but actual flares would flash through at light speed dropping newly decayed particles which we actually see.

Astronomers just saw a monster black hole do something shocking

Black holes are some of the most mysterious, frightening, and — paradoxically — brightest objects in the cosmos.

Supermassive black holes in particular, which can outweigh the sun millions of times, sometimes flare with powerful bursts of X-ray light that can rival the energy output of hundreds of stars.

X-ray flares aren't visible to the naked eye and black holes don't emit visible light, as their name suggests. But astronomers can detect them in deep space with specially tuned telescopes.

Years of observing black holes show many of them are shrouded with a shroud of glowing-hot plasma, called a corona, which is made from the sucked-in gases of nearby stars. Astronomers have long suspected the corona had something to do with X-ray flashes, but couldn't be certain; we usually only detect X-ray bursts long after they're made, not during their formation.

For the first time, however, astronomers recorded a supermassive black hole named Markarian 335 halfway through spewing out a burst of X-ray light. What's more, the flare happened right after the black hole shot a cloud of its hot plasmatic corona away at around 20% the speed of light.

"The corona gathered inward at first and then launched upwards like a jet," Dan Wilkins, an astronomer at Saint Mary's University, said in a press release.

Here's an artist's impression of what the ejection looked like:

Wilkins said we still don't know what causes a corona to launch and speed away from black holes, nor what about the phenomenon triggers a stream of X-rays known as a black hole flare.

We'll need to see a black hole flare from start to finish to find out more about the process.

Thanks for this. Behaviour also predicted by Wal Thornhill and others among the plasma/electric universe fraternity, but ascribed a very different cause - x-rays and plasma being ejected the supermassive stars as part of the natural evolution and propagation of energy/matter in a fundamentally electric universe.
This can be demonstarted in laboratories and is well understood in standard (non-fringe) plasma physics circles, unlike the putative and nonexisstent black holes that Hawking himself recently disavowed and denied.
Please see www.thunderbolts.info/ and behold the new paradigm!

I expect event horizons to be real but then i expect matter to convert to photonic energy and in the process carry off any associated gravity. That then looks like a quasar which lacks a believable explanation.


That then leads to smaller effects as parts of the surface enter the reactive zone and pump out jets of photonic energy so energy dense that physical particles decay out of it.


And yes, the universe is profoundly electric although extending concepts is tricky.